A 19-year-old New Orleans man is accused of fatally shooting a Jefferson Parish Sheriff’s Deputy in the back during a pedestrian stop Wednesday afternoon in Harvey, Louisiana, authorities say.

Jerman Neveaux was taken into custody after a manhunt following the shooting of Deputy David Michel Jr., The Times-Picayune reports.

Police say Michel was shot in the back by Neveaux and then shot twice more while he was on the ground. He was rushed to the hospital and died less than an hour after the shooting.

1. The Sheriff Called the Killing a ‘Cold Blooded Murder’

Deputy David Michel stopped Jerman Neveaux about 12:30 p.m. in front of a Dunkin’ Donuts restaurant in Harvey, police said, according to WGNO-TV. It is not yet known why the officer was stopping Neveaux.

This is the scene at Manhattan Boulevard and Ascot Road in Harvey, where a JPSO deputy was shot this afternoon: pic.twitter.com/T1yeGuq7Wd

He said Neveaux flipped around as Michel was trying to search him, so that the two men were chest to chest. He then pulled a gun from his waistband and reached over Michel’s shoulder to shoot him in the back, Normand told reporters.

Neveaux then fired two more shots into Michel’s back at point-blank range as he fell to the ground, Normand said.

The suspect then ran from the scene and was taken into custody in Harvey later Wednesday afternoon, according to a video from WVUE-TV. He was taken to the hospital for treatment of unspecified injuries after his arrest.

2. Michel Worked in the Street Crimes Unit & Was Remembered as a ‘Great Officer’ Who Could ‘Light Up a Room’

David Michel Jr., 50, became a reserve deputy in 2007 and then became a full-time deputy in 2013, the Jefferson Parish Sheriff’s Office said. After working in the second district patrol division, Deputy Michel was moved in 2015 to the Street Crimes Unit.

He is survived by his wife, who is also a Jefferson Parish Sheriff’s Office employee, according to The Times-Picayune. His wife was at lunch at a nearby restaurant and tried to call him after seeing officers racing to the crime scene.

“He was a great guy, he was well-liked,” Deputy Craig Taffaro said at a press conference. Taffaro said he spoke to Michel’s father, who told him, “as difficult as this is, he’s doing what he loved to do. It’s a very tragic time for all of us. Our whole family is very said about this.”

At a later press conference, Sheriff Newell Normand told reporters Michel was a great officer who could light up a room. 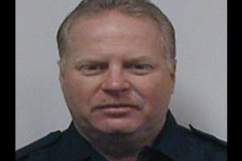 3. Investigators Say They Have Witnesses to the Shooting & Neveaux Confessed

Sheriff Newell Normand said at a press conference that Neveaux has confessed to the crime. He said they also have witnesses to the shooting.

Normand told reporters that Neveaux was carrying a .38-caliber revolver with just three bullets inside. He fired all three into Deputy Michel.

Neveaux still had the revolver when he was arrested, Normand said.

4. Neveaux Was on Probation & Didn’t Want the Officer to Find the Gun, Police Say

Jerman Neveaux was on probation at the time of the pedestrian stop and didn’t want Deputy David Michel to find the gun he was carrying, sources told WDSU-TV.

He was on probation after he pleaded guilty to a misdemeanor possession of stolen property charge recently in New Orleans, The Times-Picayune reports.

“So he killed a deputy,” Sheriff Newell Normand told reporters. “What do you say about that?” 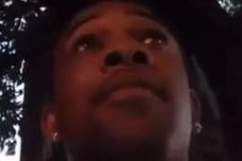 5. He Is Being Held on Charges of First-Degree Murder & Assault

Neveaux has been charged with first-degree murder and assault, the Jefferson Parish Sheriff’s Office said.

He appeared in court on Thursday and was denied bail, WAFB-TV reports. Neveaux is being held at the Jefferson Parish Correctional Center.