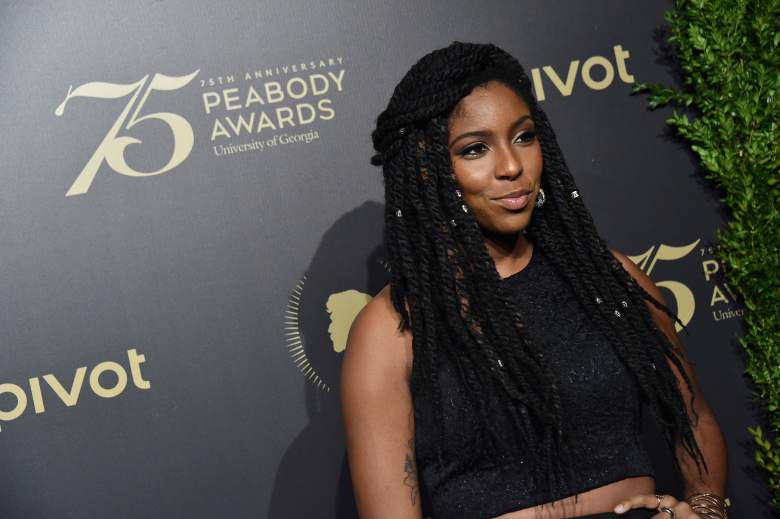 Jessica Williams, the youngest correspondent in The Daily Show‘s history, is leaving on June 30. (Getty)

Jessica Williams, 26, made her debut on The Daily Show in 2012, when Jon Stewart was still host and an election year was just starting up. Now, four years later and with another election looming, she’s leaving the show, which has reached a low point with Trevor Noah behind the desk. Since Stewart left, the show’s ratings have fallen by 37 percent.

Williams’ final episode will be Thursday, June 30. When she made her debut, she was the youngest Daily Show correspondent and quickly became a fan-favorite. She was also the first female African American correspondent.

In her interview with Entertainment Weekly, Williams said that she has one final piece airing on Thursday. “I’m doing a piece on Bernie Sanders supporters that are going to vote for Trump. I sat down with a panel of them, so I’m very excited about that — it looks like it should be really funny. It’ll be a nice farewell,” she said.

Here’s a look at Williams’ career and her plans for the future.

1. She Auditioned for ‘The Daily Show’ Just Before Taking Her Finals at Cal State Long Beach 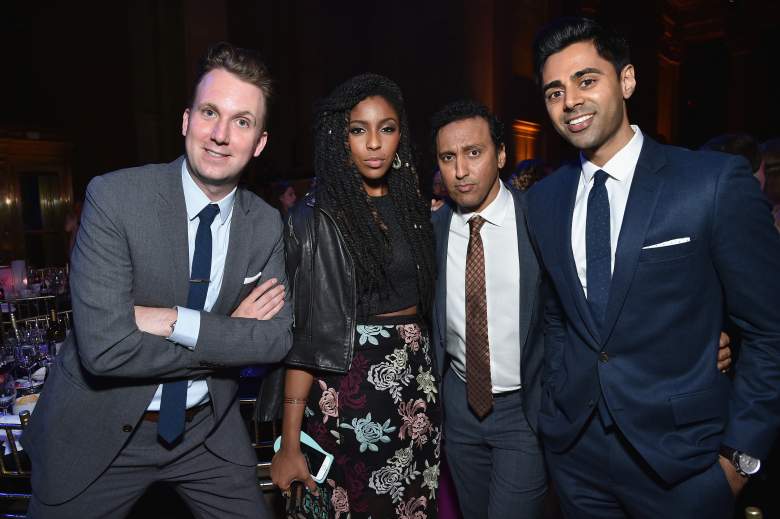 Williams was born in Torrance, California and attended Cal State Long Beach as a film and electronic arts major. She traveled to New York to audition for The Daily Show in 2011 and had to move there that December because she got the job. This was just before finals, so she had to go back to school to take them, knowing the exciting future she had ahead of herself.

“In class we watched The Daily Show. I never would have thought that a few weeks later I would be on it,” Williams told the Daily 49er in 2012.

In a 2013 Orange County Register interview, Williams said there were things she missed about the campus, particularly the Student Recreation & Wellness Center.

“It’s one of the most beautiful places I’ve ever seen in my life,” she said at the time. “I swear I miss that gym so much.” 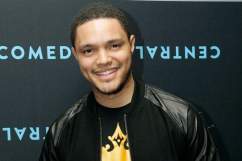 2. Before ‘The Daily Show,’ Williams Starred on the Nickelodeon Show ‘Just For Kicks’ 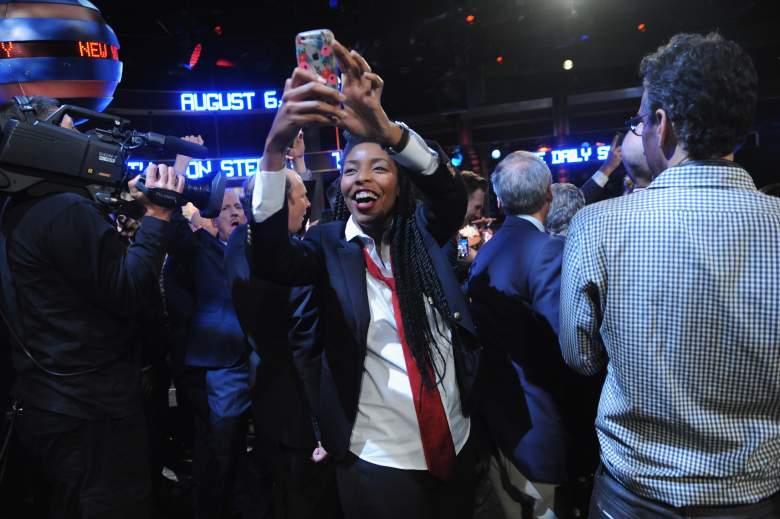 “I should have been absolutely mortified, but it was very sweet at the time and I was so excited. It was my first big job,” Williams told Cosmopolitan about the experience. “I did it for one season between the ages of 15 and 16. That was my first taste of acting on TV and that’s when I realized that this was within my reach.”

Since The Daily Show though, she’s had time to take other roles. She was in four episodes of Lena Dunham’s Girls and appeared in People Places Things with Jemaine Clement last year and Hot Tub Time Machine 2.

On September 26, 2016, The Hollywood Reporter confirmed that she will reunite with People Places Things director Jim Strouse on an untitled film. Lakeith Stanfield (Atlanta), Noel Wells (Master of None) and Chris O’Dowd will co-star.

The plot for the project has Williams as Jessica, a playwright who meets a newly divorced man (O’Dowd) after her own breakup.

3. Williams Took Herself Out of the Running for ‘The Daily Show’ Hosting Job

Some Daily Show fans had hoped that Williams would be in the running to replace Stewart, but she quickly took herself out of the running. She said she considered herself “under-qualified.”

“Fact 1: I’m not hosting. Thank you but I am extremely under-qualified for the job!” she tweeted. “At this age (25) if something happens politically that I don’t agree with, I need to go to my room & like not come out for, like, 7 days.”

Fact 1: I'm not hosting. Thank you but I am extremely under-qualified for the job!

At this age (25) if something happens politically that I don't agree with, I need to go to my room & like not come out for, like, 7 days.

That being said I am super not right for it, but there are quite a few people who are! Can't wait to stick around & see what happens.

thanks to everyone tweetin at me like ?. Haha but I'm not like, dead.This is the beginning of my career. I'm gonna troll that ass for yrs.

4. She Will be Working on a New Show for Comedy Central 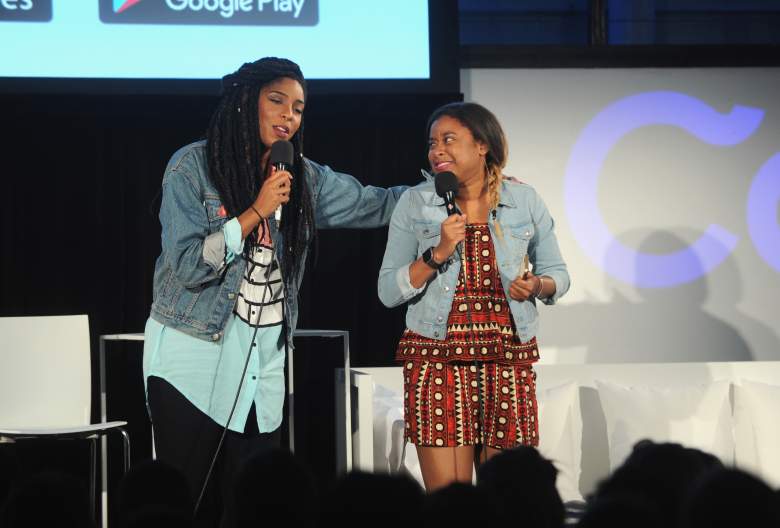 In March 2016, Variety reported that Williams signed a development deal with Comedy Central. It’s expected that she will develop a pilot, so it means that we have hardly seen the last of Williams.

“I met with [Comedy Central president Kent Alterman] a couple of times a few months ago, and we’d just got to talking,” Williams told Entertainment Weekly. “I’d already had all these ideas that I’ve sort of been kicking around. So we talked, and then it was like, “Oh, yeah, I guess I could do this? I could write a pilot and shoot a pilot and do all that stuff.” It all started happening very quickly.”

Williams told EW that the pilot is about a young woman “who imagines herself to be ‘woke.'” Broad City writer Naomi Ekperigin is co-producing.

She is also planning on making a new movie with People Places Things director Jim Strouse. 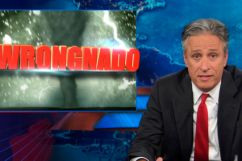 Williams and Broad City‘s Phoebe Robinson co-host the WNYC podcast 2 Dope Queens, which began in October 2015. Each episode is an edited-down version of their shows in Brooklyn. The two are currently working on the second season of the show, which highlights three comics in each episode.

Williams also told EW that she thinks hosting a light night show is something she really hopes to do in her future. She also said it was very difficult to leave The Daily Show at such an interesting time for politics.

“I’m a little afraid, a little terrified for what is about to happen,” she told EW. “And I think that maybe it’s best for me to step aside for a minute and not get so fired up about it. I think it’ll actually be kind of good for me.” 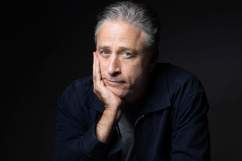 Jon Stewart Chosen as the Official Host of WWE SummerSlam 2015