A former Indiana University student accused of raping two women during fraternity parties in 2015 and 2013 has been sentenced to probation after pleading guilty to a misdemeanor charge.

Enochs, a native of Downers Grove, Illinois, who was a member of the Delta Tau Delta fraternity at Indiana, had denied the rape accusations. He will serve one year of probation. He served one day in jail after his arrest, before posting $20,000 bail.

His attorney, Katharine Liell, told the Indianapolis Star after his arrest in September 2015 that her client was caught up in the “histrionics” surrounding college rape accusations.

“I totally believe John has been caught up in a whirlwind of emotion surrounding any allegation involving sexual assault on campus,” Liell told the newspaper.

Enochs pleaded guilty to a felony in the 2015 case, but the judge decided to enter it as a misdemeanor during his sentencing Friday, the Monroe County prosecutor said in a statement. The 2013 case was dropped altogether.

1. He Was Accused of Raping an Unconscious Woman at a Party in 2015 & Ignoring Her Requests to Stop When She Woke Up

The victim in the 2015 case said she was raped during a fraternity party at the Delta Tau Delta house on April 11, the Chicago Tribune reports.

According to court documents, the woman said she was drinking with friends in a courtyard when she went inside to find a bathroom. She told police the next thing she remembers is being in a private room with an unknown man, who was having sex with her. She said when she became aware of what was happening, she told the man “No,” and tried to push him off of her.

Police said they reviewed surveillance video, which showed Enochs leading the woman down a hallway and trying to enter a locked room. He can then bee seen leading her to another room, which was unlocked, according to court documents. The video also shows the woman leaving 24 minutes later, prosecutors said.

She was treated at a local health center, where she was found to have suffered a laceration to her genitals, according to court documents.

The victim in the 2013 case initially reported the incident to authorities, but decided not to press charges against Enochs. But investigators found the case while looking into the 2015 incident and she changed her mind when they came to her, the Indianapolis Star reports.

The woman said she was raped on October 12, 2013, at the Delta Tau Delta house before a Greek function off campus, according to court documents.

She said she didn’t remember what happened, but her friends said they saw Enoch having sex with her while she was passed out, the Indianapolis Star reports. The friend told police she saw Enoch through a window raping the victim.

The friend tried to rush upstairs to help the victim, but said the door was locked.

The victim told police she woke up in different clothing from what she had been wearing with no memory of what occurred. According to court documents, she said she texted Enochs, and he responded, “You blacked out. So I left.”

2. The Prosecutor Says There Were ‘Evidentiary Problems’ in Both Cases

Chief Deputy Prosecuting Attorney Robert Miller said in a statement that there “evidentiary problems” in both cases that were “frustrating” to prosecutors, leading to the plea deal. You can read his full statement below:

This case presented a very unusual set of circumstances in that we had two unrelated accusations, two years apart. That was an important consideration in our initial decision to charge. However, under the law, a jury considering one case would not be allowed to know about the other. After the case(s) was filed, evidence continued to be developed that lead us to the conclusion that neither case, standing alone, presented sufficient evidence to prove rape.

In the older case, the complaining witness had no specific recollection of the events; the few witnesses could not recall important details due to the passage of time and the consumption of alcohol; and the complaining witness’s decision to prosecute came two years after the event which severely hindered the investigation. There were also photographs that contradicted the assertion that the complaining witness was incapable of engaging in consensual activity shortly before the alleged assault. This is important because the complaint was that she was “unaware” that the sex was occurring due to her consumption of alcohol. Indiana law has a provision in the rape statute that makes this charge available to prosecutors.

The more recent case had similar evidentiary problems. In that case there is video evidence of activities of the complaining witness, before and after the alleged assault, which does not support the assertion of a forcible rape, which was the charge in this instance. There is also DNA evidence that is problematic, and made it impossible for us to prove that the defendant was the cause of her injury.

This turn of events was frustrating for us as prosecutors, due to the fact that there were two complaints against the defendant. That fact is the reason we continued to pursue accountability on his part which led to this plea agreement. It should be noted that he entered a plea of guilty to Battery as a Level 6 Felony. The decision to enter it as a misdemeanor was within the Court’s discretion. 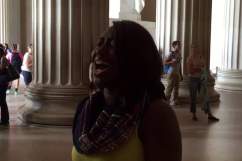 WATCH: Woman Sings ‘The Star-Spangled Banner’ at the Lincoln Memorial

3. Enochs Is ‘Profoundly Sorry for His Lack of Judgment,’ but He ‘Did Not Rape Anyone,’ His Attorney Says

Attorney Katherine Liell said in a statement Enochs has admitted to the misdemeanor offense and “is profoundly sorry for his lack of judgment and has apologized for his conduct.”

The statement also claims alcohol played a role in the first case.

“Issues of alcohol and sexual misconduct are serious issues on college campuses across the country, but such issues are trivialized when law enforcement misrepresents the true facts and fails to investigate the allegations fully and fairly,” the statement said.

The statement also states that Enoch “did not rape anyone,” as shown by the dismissal of those charges. You can read Liell’s full statement below:

As the Monroe County prosecutors’ office has acknowledged through their voluntary dismissal of the rape charges, John Enochs did not rape anyone and he should never have been charged with these offenses.

Rather, due to the misconduct of the lead investigator who presented false and misleading evidence in her public probable cause affidavit—and failed to provide the Court with exculpatory evidence—John Enochs was charged with crimes he did not commit.

After John Enochs presented evidence to demonstrate his innocence of the sensationalized and false charges, the prosecutor’s office, on their own motion, dismissed both rape charges.

John Enochs did admit to conduct in one instance that the Court found to be a misdemeanor. He is profoundly sorry for his lack of judgment and has apologized for his conduct.

Issues of alcohol and sexual misconduct are serious issues on college campuses across the country, but such issues are trivialized when law enforcement misrepresents the true facts and fails to investigate the allegations fully and fairly.

Enochs was expected to graduate this spring with a degree from Indiana University’s Kelley Business School, according to his Linkedin profile.

He was a summer intern at BMO Harris Bank in 2013 and 2014, and worked as a busboy at a cafe in his suburban Chicago hometown of Downer’s Grove in 2012.

An Indiana University spokesperson said Enochs did not graduate with his class and was no longer a student at the school. It is not known if he transferred to another college. He and his attorney could not be reached for comment.

4. Enochs’ Former Frat and the University Are Being Sued for Ignoring His ‘History for Sexual Assault’

The victim in the 2015 case has filed a Title IX lawsuit against Indiana University and Enochs’ former fraternity, Delta Tau Delta, claiming they ignored the 2013 sexual assault allegation made against him.

The lawsuit filed by attorney Jeffrey Herman on behalf of the victim, identified as Jane Doe, accuses Indiana University of showing “indifference to actual notice of this sexual assault” and “condoned Delta Tau Delta fostering an environment of illegal and dangerous activity, as well as sexual assault.”

Attorneys for the fraternity and Indiana University could not immediately be reached for comment. 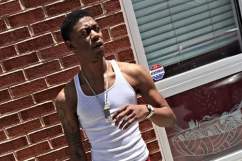 The plea deal and probation sentence in Enochs’ case comes after national outrage over the sentence given to Brock Turner, who was convicted of sexually assaulting an unconscious woman after a party at Stanford University.

Turner, 20, was given just six months in jail and is expected to be released after only serving half of the sentence.

Many have drawn comparisons between Enoch and Turner on Twitter and elsewhere on social media:

Hey ladies, rapists are getting out of prison under a year so watch out. #JohnEnochs #BrockTurner

Want to know what white privilege is?

Take a look at the case and sentencing of John Enochs.

The Turner case drew national attention also because of a powerful letter written to the judge, and read in open court, by the victim, who has asked to remain anonymous. You can read her letter here.

Turner also wrote a statement to the court, which you can read here. The judge in the case, Judge Aaron Persky, has faced a recall threat because of his sentencing decision.

The outrage against Turner grew because of letters in support of him, including by his father and a childhood friend. His mother also wrote a letter, which you can read below: