Lane Graves was found dead in a lagoon at the Grand Floridian Resort at Walt Disney World in Orlando, Florida. (Facebook/Getty)

The parents were identified as Matthew Graves, 42, and Melissa Graves, 38, of Elkhorn, Nebraska, Orange County Sheriff Jeffrey Demings said at a press conference after the body of the boy, Lane Graves, was recovered from the lagoon. The boy’s body was fully intact when recovered. According to the medical examiner, the official cause of death was drowning and traumatic injuries.

Matt and Melissa Graves they were “devastated” by the tragedy, reported ABC News. “Words cannot describe the shock and grief our family is experiencing over the loss of our son. We are devastated and ask for privacy during this extremely difficult time. To all of the local authorities and staff who worked tirelessly these past 24 hours, we express our deepest gratitude,” the statement said.

Five alligators were captured and killed during the search, and authorities are determining if one of them is the killer, according to the sheriff. He said it’s unlikely that the parents will face any charges.

A Gofundme Account has been set up for the family by Kingdom Stollers, a stroller and crib rental company that caters to Disney guests. You can donate here.

1. Matt Graves Is a Former State Wrestling Champ & Fought to Pry His Son From the Gator’s Jaws

According to his friend, Jon Kneifl, Matt Graves is a former state wrestling champion. Kneifl told Inside Edition:

Matt was a state champion wrestler and is tough as nails. I know he would do anything to try to help his son. He probably fought as hard as he could. I know Matt and he gave it everything he could.

Orange County Sheriff Jerry L. Demings said the boy was at the edge of a lagoon with his parents and sibling when the alligator pulled him away. The boy’s parents went into the water in a desperate attempt to save their child, but were unsuccessful.

“It’s a beach-like area and they were sitting there enjoying the evening,” Demings said.

The 2-year-old was along the edge of the bank playing in the water when the incident occurred. The boy’s 4-year-old sister was also there.

Demings said the boy was doing what other 2-year-olds do and was not doing anything wrong.

He said the boy’s father, Matt Graves, tried wrestling with the alligator as it pulled his son further into the water. His wife, Melissa Graves, also went into the water, but neither could save their son. The parents then alerted a lifeguard who called 911.

Matthew Graves suffered scratches on his hands during the encounter with the gator, Demings said.

Florida police search for child who was attacked by alligator at Disney resort. pic.twitter.com/wQJicWse0C

Authorities said witnesses described the gator as being approximately four to seven feet in length.

A guest at Grand Floridian Resort and Spa, A.J. Jain, told the Orlando Sentinel they were on the beach with friends when the tragedy happened. “I’m just here to say a prayer, he said. “I can’t imagine what those parents are going through. It’s been one tough week in Orlando.”

The incident occurred at about 9 p.m. Tuesday. A massive search was carried out through Wednesday and the boy’s body was recovered at about 1:30 p.m., authorities said. 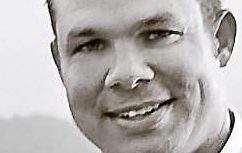 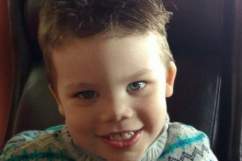 READ: ‘I Am You’ – Letter to Mother of Disney Alligator Attack Victim

2. The Family Arrived at the Resort on Sunday for Vacation

According to authorities, the parents, Matt and Melissa Graves, were vacationing from Nebraska with their two children, including their 2-year-old son who was taken by the alligator. The attack happened at Disney’s Grand Floridian Resort and Spa in Lake Buena Vista, Florida.

The family had arrived at the resort on Sunday, according to the Orlando Sentinel.

Deepest condolences to the Graves family. Thoughts and prayers are with you during this difficult time. pic.twitter.com/nXaRrgjLhl

They are from Elkhorn, Nebraska, near Omaha, and attend St. Patrick’s Catholic Church. The church issued the following statement:

It is with a heavy heart that we inform you of a tragic loss in one of our parish families. As many of you have heard from national and local media outlets, there was a child deemed missing at one of the Walt Disney World Resorts in Orlando, Florida. The family of Matt and Melissa Graves have lost their two year old son, Lane. The Graves are members of St. Patrick’s Parish, and their daughter, Ella, attends our school. Please honor their privacy at this time and keep them in your prayers.

Orange County Sheriff Jeffrey Demings said at a press conference that he notified the family of their son’s death along with a Catholic priest. Demings said they were upset, but somewhat relieved that the boy’s body had been found intact. He said it was a tough message to deliver to the parents that their child was dead. 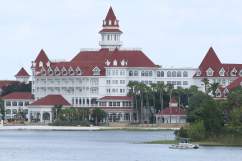 3. Matt Graves Works for a Tech Company & Is a Board Member of the Greater Omaha Chamber of Commerce

Matt Graves is the chief data officer for Infogroup, a business data and marketing company, according to his Linkedin profile. He has worked for the company since 2008

According to the company’s website, “Infogroup is the leading provider of innovative business data, and marketing solutions that are proven to increase customer acquisition and retention.”

He is also a board member for the Greater Omaha Chamber of Commerce. The chamber released a statement about the Graves family. David Brown, president & Ceo, stated:

The loss of a child is a special kind of tragedy, particularly hard to comprehend. Our thoughts and our prayers are with the Graves family during this time of unthinkable sadness. Matt has served on our Chamber Board since 2013. We stand ready to assist him, his wife and family as they grieve the loss of Lane.

Graves previously worked at PayPal from 2004 to 2008. He graduated from the University of Nebraska in Lincoln and Regis University. 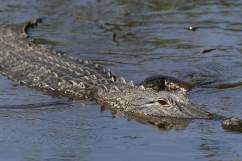 4. There Were ‘No Swimming’ Signs at the Lagoon

They're saying that a 2 year old was eaten by an alligator… Jesus. pic.twitter.com/Pn6baw4WGQ

While there are “No Swimming” signs at the lagoon, it isn’t believed that there are any alligator signs. Florida has had problems in the past with tourists not realizing that most bodies of water in Florida are filled with the animals.

Disney will be looking into its signage going forward, Sheriff Jerry Demings said.

He said no one else was in the water, but others were in the area. A movie that had been shown on the beach had just ended, the Orlando Sentinel reports.

“I heard somebody screaming and yelling. I thought someone got in a fight,” Bill Wilson of New Harmony, Indiana, said. He was on the balcony of his room. “I looked over and here comes one of the lifeguards…The mother was there and she was frantic, running up and down looking.”

5. Disney Said They Are ‘Devastated’ by the Attack

Walt Disney Company Chairman and CEO, Bob Iger, spoke to the Grave family and issued a statement on Wednesday. He said, “As a parent and a grandparent, my heart goes out to the Graves family during this time of devastating loss. My thoughts and prayers are with them, and I know everyone at Disney joins me in offering our deepest sympathies.”

The president of the Walt Disney World Resort also issued a statement. George A. Kalogridis said:

There are no words to convey the profound sorrow we feel for the family and their unimaginable loss. We are devastated and heartbroken by this tragic accident and are doing what we can to help them during this difficult time. On behalf of everyone at Disney, we offer them our deepest sympathy.

Thoughts and prayers to Matt and Melissa Graves. May sweet, Lane Graves now rest peacefully with the Lord above. #Tragic #HeartBreaking ?

Loading more stories
wpDiscuz
615
0
Would love your thoughts, please comment.x
()
x
| Reply
Matt and Melissa Graves have been identified as the parents of a 2-year-old boy who was attacked and killed by a gator near a Disney World resort in Orlando.