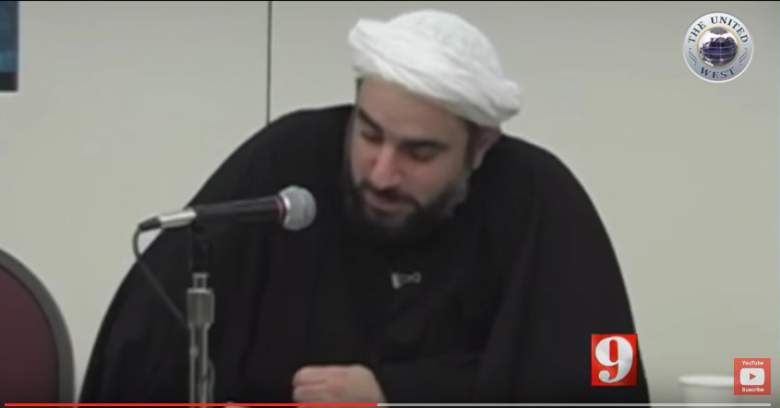 Sheikh Sekaleshfar speaks at the Husseini Islamic Center in Sanford, Florida, in 2013. (Youtube)

In a chilling video sparking outrage from 2013, Iranian guest speaker Sheikh Sekaleshfar said that “Gays must die,” at the The Husseini Islamic Center in Sanford, Florida. The mosque is located less than 30 miles from Orlando, where the deadliest mass shooting in United States history took place June 12. He stated:

In response to the video, Reverend Bryan Fulwider of the Interfaith Council of Central Florida said, “These issues around homosexuality and the decrying of it or denouncing of it by religion takes away, often, from our really important task of helping our community to be a better community…and wishes congregations would focus more on helping the homeless, poor , and abused instead of persecuting a group that can take care of itself.”

It has not been confirmed if the massacre suspect, Omar Mateen, or his family were affiliated with this mosque.

You can watch part of Sekaleshfar’s speech below:

Loading more stories
wpDiscuz
25
0
Would love your thoughts, please comment.x
()
x
| Reply
In a chilling video at a mosque less than 30 miles from Orlando, Florida, Sheikh Sekaleshfar said that "Gays must die."