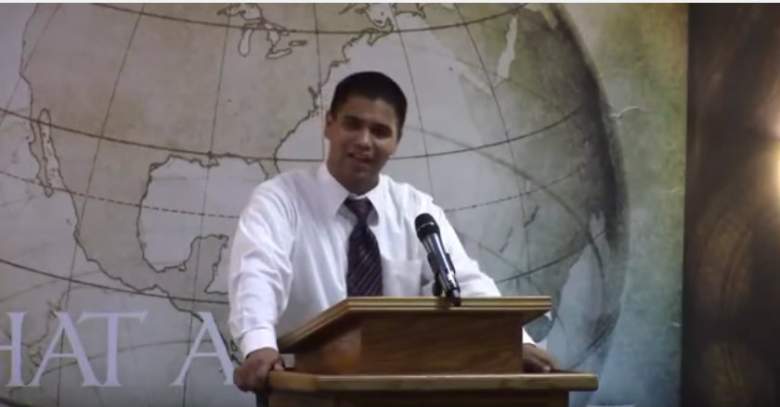 Roger Jimenez has caused an uproar over a hate-filled sermon he gave in response to the Orlando mass shooting. He posted a video of the sermon to Youtube, but it has since been deleted for hate speech. In the video he said, “Are you sad that 50 pedophiles were killed today?” asked Jimenez. “Um no. I think that’s great. I think that helps society. I think Orlando, Florida, is a little safer tonight. The tragedy is that more of them didn’t die. The tragedy is I’m kind of upset he didn’t finish the job – because these people are predators. They are abusers.”

You can watch the full sermon here.

1. He Runs a Baptist Church in California

Jimenez, who was born in Venezuela, runs Verity Baptist Church in Sacramento, California. The church’s website states: We are a young church with a desire to reach the people of Sacramento and its surrounding area with the gospel of Jesus Christ.

We are an independent, fundamental, soul winning, separated, King James Bible believing Baptist church–and not ashamed to say so. 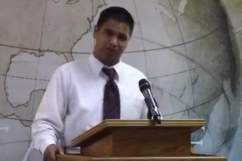 2. He Praised the Orlando Mass Shooting

As the world mourns the death of 49 innocent people from the Orlando massacre, Jimenez sickeningly praised the murderer. In his sermon, Jimenez stated the following to worshipers:

Are you sad that 50 pedophiles were killed today?” asked Jimenez. “Um no. I think that’s great. I think that helps society. I think Orlando, Florida, is a little safer tonight. The tragedy is that more of them didn’t die. The tragedy is I’m kind of upset he didn’t finish the job – because these people are predators. They are abusers.

Later, he added, “I wish the government would round them all up, put them up against a firing wall, put the firing squad in front of them and blow their brains out.”

3. He Believes God Punishes Gay People With the Death Penalty

In the “What We Believe” section of the church’s website, it states:

We believe that sodomy (homosexuality) is a sin and an abomination before God which God punishes with the death penalty. No sodomite (homosexual will be allowed to attend or join Verity Baptist Church.

4. He Has No Regrets About the Controversial Sermon

https://t.co/ulb47WE4AQ if you guys can help me out please sign this petition to get this pastor fired, if you search his video he preached

Jimenez told ABC 10 that he had no regrets regarding the controversial sermon. He stated:

My whole point was, if people die who deserved to die, we don’t need to be mourning them. This gunman that went in there and shot those people up, the Bible says he deserves to die, and we shouldn’t be mourning his death either.

5. The Public Is Reacting on the Church’s Facebook Page

As of June 14, Verity Baptist Church’s Facebook page is rated only 1.3 stars out of 5, and has over 1,600 reviews. Many are taking to the page’s review section to express their opposition to Jimenez’s sermon. Tanya Murphy posted:

Ugh this disgusts me…..when I saw the video, my stomach turned. How dare this bigoted piece of shit call himself a man of God. God teaches us to love thy neighbor! I myself find it extremely hard to get into any sort of organized religion, for this and many other reasons. This asshole needs to be removed from his church IMMEDIATELY and if any of his congregation ends up reading this, PLEASE find another church where the pastor isn’t preaching bigotry to its congregation! Oh, and another thing….it’s been my experience with religion that pastors will say one thing and do another, so it wouldn’t surprise me in the least that this bigoted waste of a human being has skeletons in his closet!