Patience Carter, 20, is another survivor of the mass shooting at the Orlando gay nightclub Pulse, where 49 people were killed and 53 wounded. Carter told her story today, recalling what the shooter, Omar Mateen, said as he opened fire in the packed club Sunday morning.

Here’s a look at Carter’s life and her story.

1. Carter Is an Intern at Philadelphia Fox Affiliate

WTXF Fox 29 in Philadelphia confirmed that Carter is an intern for the station. She is an Emma Bowen Foundation scholar and will be working with Fox 29 for her entire college career. She is attending New York University. FOX 29 HR Director Megan Young spoke with Carter Monday and said she sounded weak. She was in surgery until early Monday morning.

Carter was shot in the legs. You can watch her recount her powerful story in the video above.

Carter was in Florida on vacation with a friend, Akyra Murray. She was among the 49 people killed at the club. According to Philly.com, Carter was at the club with another friend, Tiara Parker, who was injured. Murray was Parker’s cousin.

She said that it was the first time she had ever been to Orlando. They only chose to go to Pulse after Googling popular nightclubs. Pulse was the first place that came up and they chose it. Murray’s parents drove them to the club.

You can read about Parker’s story here: 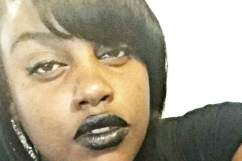 Patience Carter is currently a student at NYU. (Facebook)

Carter said that Mateen went into a bathroom where she was and asked if there were African-Americans in there. Carter did not raise her hand, but another man did and said that there were six or seven in the bathroom.

She recalled the gunman saying, “You know, I don’t have a problem with black people. This is about my country. You guys suffered enough.”

Mateen called 911 and told the responder that he wanted America to stop bombing his country. “So the motive was very clear to us, who were laying in our own blood and other people’s blood, who were injured, who were shot… that we knew what his motive was,” Carter said. She also said he heard him pledge support to ISIS.

She believed that it looked like Mateen would not stop killing until he was killed and got his message out there.

4. Mateen’s Gun Jammed During the Shooting

A vigil in Orlando for the victims of the shooting. (Getty)

Carter said that, at first, it sounded like Mateen was using a BB gun because wall fragments were hitting her legs. She thought those were BB pellets. The rifle jammed and Carter could see him try to get his handgun out, but the handgun also wasn’t working at first. During the long moment before he began firing again, everyone in the club was calling people outside to come and get them.

Before he began firing again, Mateen ordered everyone to get off their phones. “Every time a phone rang or every time a text message went off, he would say, ‘Where is it? Give it up! Where is it?'” To get him to stop asking, she threw her own phone out to him. No one responded. Everyone in the bathroom assumed that the person who had the phone was either shot already or they just didn’t know it was their phone.

She said that Mateen fired off shots just before police came into the bathroom she was in. She heard three explosive sounds when the police came in. At first, they thought they were working with the gunman, but they were thankfully police. 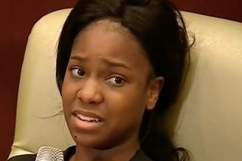 5. Carter Described the ‘Guilt of Being Alive’

Akyra Murray, 18, was Carter’s friend. The two of them went to Orlando for the first time this weekend. Murray’s parents drove them to the club. (West Catholic Prep)

Carter said that she was wounded in both of her legs. She could not walk away from the club on her own and a SWAT team member had to drag her through the grass. The bullet shattered the femur bone in her right leg. When she arrived at the hospital, she discovered that the bullet went through her left leg, under her thigh.

“So, I’m still here,” she said at the end of her story. “The guilt of being alive is heavy,” she said.