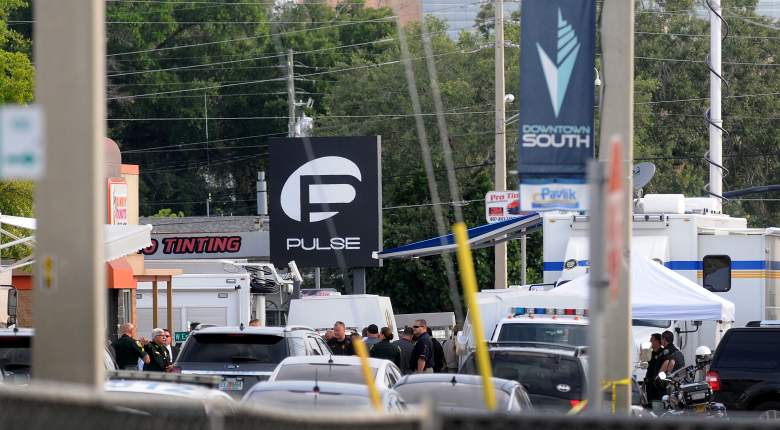 Orlando police officers seen outside of Pulse nightclub after the mass shooting on Sunday morning. (Getty)

LGBT leaders and community members were in shock and mourning Sunday after Omar Mateen opened fire and killed 50 people at Pulse, a well-known gay nightclub in Orlando.

The attack, which is the deadliest mass shooting in U.S. History, happened during LGBT Pride month.

Orlando’s LGBT community spoke out on social media to offer support and resources for the survivors and victims’ families.

Several support groups and counseling services are taking place in Orlando, as well as vigils in honor of the victims.

There are counselors available to University of Central Florida students today from 12 p.m. to 5 p.m., in room 313 in the student union.

The Zebra Coalition is also offering counseling services via phone at (407) 228-1446. The GLBT Community Center of Central Florida will be staffing counselors all day at their Orlando location, 946 N. Mills Avenue.

Equality Florida has set up a GoFundMe page to help raise funds for the victims and their families. Over $95,000 has already been raised.

The entire LGBT Equality Caucus is horrified by the tragic shooting in Orlando. Though details are still emerging, an attack during Pride Month against Pulse, an iconic gathering place for LGBT Floridians, has a particularly insidious impact on our entire community. Our thoughts and prayers are with everyone affected by this tragedy.

The Los Angeles pride parade is set to begin at 10:45 a.m. Pacific time, and will begin with a moment of silence for the shooting.

I am sickened to awake to the horrific news out of #Orlando. Smiling, happy, dancing people gunned down for no reason. Hug your friends. ❤️?

Sending thoughts and prayers to all of our friends and family @pulseorlando.

My heart aches to release such a sad statement. Orlando LGBT community and leaders being held in our prayers! #hope pic.twitter.com/btw7HZCPeG

This shooting was in a Latino gay bar in Pride month, affecting Latino, PRicans & LGBT communts. We mourn today this tragedy #PrayforOrlando

I am gay and I am not afraid. Love conquers all. #PrayforOrlando

I'm gutted over the news in Orlando- the tears will not stop. My thoughts are w my gay brothers and sisters and their families.

The 2016 #TonyAwards are dedicated to those affected by the events in Orlando. pic.twitter.com/ILNbbhxSHD

Horrified by the mass shooting in Orlando. When will we do something to prevent these killing sprees?

#Pulse shooting: Moment of silence to be held along entire L.A. Pride parade route at 10:45 am. https://t.co/DVyRF4cG8z

My heart goes out 2 the families & friends of those who lost their lives in Orlando last nite. A sad, horrific day in US history. 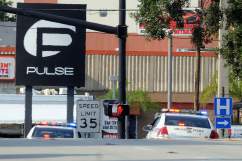 How to Donate Blood After Mass Shooting in Orlando

Read More
Breaking News
LGBT community members and advocates were in mourning Sunday after a gunman opened fire and killed 50 people at Pulse, a popular gay nightclub in Orlando.