Pulse in Orlando, Florida, the site of the mass shooting. (Google Maps)

Police say 50 people were killed and 53 were wounded in a shooting at Pulse, a gay nightclub in Orlando, Florida.

A gunman, who was later killed by police, entered the club with an “assault-type” rifle, a handgun and a “device” after engaging in a shootout with officers working off-duty outside Pulse, authorities said at a press conference.

He has been identified as Omar Mateen, 29, of Port St. Lucie, Florida.

The FBI is leading the investigation and officials are calling the shooting a domestic terrorist attack, while not yet saying whether there are any ties to international terrorism. The FBI said there are suggestions the gunman had ties to radical Jihadist terrorism.

1. The Gunman, Who Was Barricaded Inside with Hostages, Was Killed by SWAT

WESH Orlando reported that the gunman may have barricaded himself inside Pulse with a bomb and taken hostages. The nightclub was at full capacity when the shooting began.

At around 6 a.m. Eastern, it was reported that the gunman was dead. Later, police confirmed that the shooter was killed by SWAT. Police officials said they made the decision to go inside and engage the gunmen because they were being contacted by people who were hiding in the bathroom, wounded. They rescued 30 people who were inside the club with the gunman.

One person, who was at Pulse, posted on Twitter that he was just able to get out, but others were still inside when he fled. Hostages were slowly released or escape the club as the night continued:

You can watch a video of the press conference from Sunday morning below:

LIVE on #Periscope: Police give updates to mass shooting at #Pulse nightclub in Orlando https://t.co/39wtWED5e0 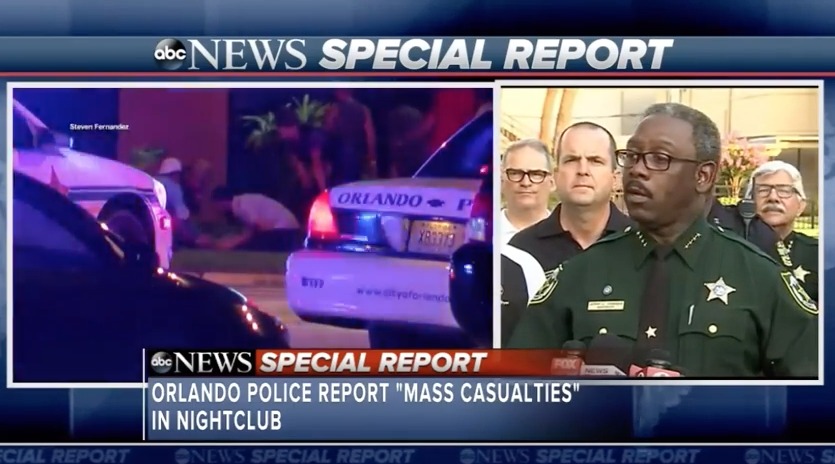 2. The Gunman Was Carrying an Assault Rifle and Had Some Type of ‘Device’ on Him

The gunman may have been carrying a long gun when he entered the nightclub and shot multiple people, according to WESH. The reporter said his source who gave him the information is solid.

During a press conference early on Sunday morning, police officials said they were working to determine if the gunman was a lone wolf acting alone. But the FBI said there was no indication of a continuing threat after the shooting. Officials did say that whether international or domestic, this was an act of terrorism.

Multiple officers on scene, investigators have not given us an update. My source says suspect still inside pic.twitter.com/Mgae5MX5nF

Meanwhile, early reports indicated that Orlando Regional Medical Center may have been the site of another incident, as it was surrounded by crime scene tape and located about a block from Pulse. Jordan Hubler also posted on Pulse’s Facebook page that shots may have been fired outside of ORMC too. However, later reports indicated that the shooting was limited to Pulse itself and not the hospital:

3. Police Said that 50 People Were Killed and 53 Were Wounded

Conflicting reports were coming in at first, saying as many as 20 people may have been shot. But in a press conference, police officials confirmed that at least 42 people were transported to the hospital and there were multiple fatalities. The Orlando Police also reported that 20 people inside the club were dead, although an exact count was not yet known. In the latest update, police confirmed that 50 people were killed.

"Some type of device on suspect. Multiple people dead inside. Shooter killed by swat. At least 42 people transported to hospital"

The shooting began just before 2 a.m. One person who escaped said he was near an exit door and able to get out. Others who were dancing or at the bar dropped to the floor to take cover. The gunman apparently started out by shooting outside the club before he made his way inside. Here’s a video from someone who was on the scene at the time:

Police officials said that the gunman was wearing some type of device at the time of the attack.

4. Pulse Posted on Facebook During the Shooting that Everyone Should Get Out and Run

Management at Pulse took to Facebook to warn people to stay away. Everyone is being asked to stay out of the area.

5. Officials Said the Shooter was Organize, Prepared, and Not from the Area

According to American News – a shooter has barricaded himself inside downtown Orlando Nightclub Pulse pic.twitter.com/ytsdirqJYl

During the press conference, law enforcement officials said the shooter was not from the area. They added that he was organized and well prepared.

Pulse is a popular gay nightclub in Orlando. It’s located at 1912 S. Orange Ave. More than 80,000 people have checked into the bar on Facebook. 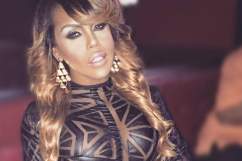 Kenya Michaels: Is She OK After the Shooting at Pulse?