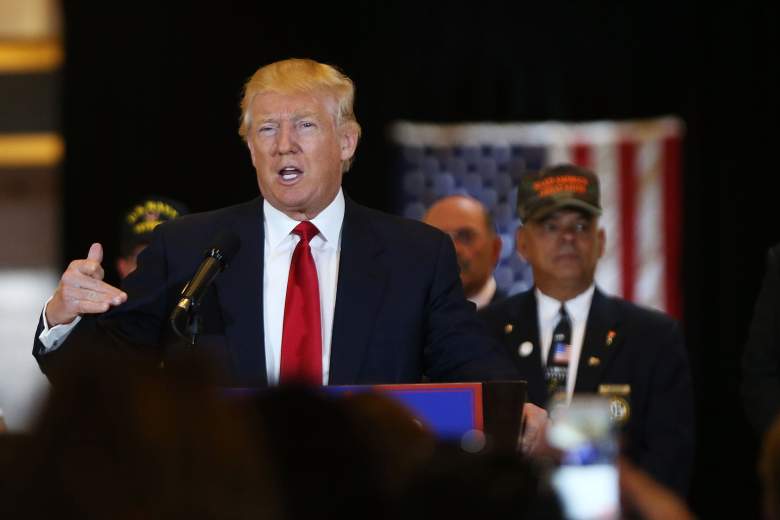 After days of criticism over his comments on Judge Gonzalo Curiel, Donald Trump has issued a statement on the Trump University lawsuits Curiel has been presiding over. Trump also shot back at critics who have called his comments on Curiel racist. Trump has suggested that Curiel, who was born in Indiana and is of Mexican descent, would not be a fair judge because of Trump’s plans to build a wall on the U.S.-Mexico border.

“I do not feel that one’s heritage makes them incapable of being impartial, but, based on the rulings that I have received in the Trump University civil case, I feel justified in questioning whether I am receiving a fair trial.”

Trump began his statement, which was posted on his campaign website, by saying that he has friends and employees of Mexican and Hispanic descent.

The statement also includes a link to 98PercentApproval.com, which features a single video of Tarla Makaeff, one of the plaintiffs in the Trump University lawsuits, claiming in 2008 that she liked the program. In March, Makaeoff asked to be dropped from the lawsuit because she “wants her life back without living in fear of being disparaged by Trump on national television,” she said in a motion. Trump said today that there will be more videos on the site, but the only other content on 98percentapproval.com are scans of surveys from Trump University students between 2007 and 2010.

Here is Trump’s complete statement, which he says will be his last on Trump University:

It is unfortunate that my comments have been misconstrued as a categorical attack against people of Mexican heritage. I am friends with and employ thousands of people of Mexican and Hispanic descent. The American justice system relies on fair and impartial judges. All judges should be held to that standard. I do not feel that one’s heritage makes them incapable of being impartial, but, based on the rulings that I have received in the Trump University civil case, I feel justified in questioning whether I am receiving a fair trial.

Over the past few weeks, I have watched as the media has reported one inaccuracy after another concerning the ongoing litigation involving Trump University. There are several important facts the public should know and that the media has failed to report.

Throughout the litigation my attorneys have continually demonstrated that students who participated in Trump University were provided a substantive, valuable education based upon a curriculum developed by professors from Northwestern University, Columbia Business School, Stanford University and other respected institutions. And, the response from students was overwhelming. Over a five year period, more than 10,000 paying students filled out surveys giving the courses high marks and expressing their overwhelming satisfaction with Trump University’s programs. For example:

Former student Bob Giullo, who has been critical of Trump University in numerous interviews and negative advertisements from my political opponents, also expressed his satisfaction, rating Trump University’s programs “excellent” in every category. When asked how Trump University could improve its programs, Mr. Giullo simply asked that students be provided “more comfortable chairs.”

Indeed, these are just a few of literally thousands of positive surveys, all of which can be viewed online at http://www.98percentapproval.com.

For those students who decided that Trump University’s programs were not for them, the company had a generous refund policy, offering a full refund to any student who asked for their money back within 3 days of signing up for a program or by the end of the first day of any multi-day program, whichever came later.

Normally, legal issues in a civil case would be heard in a neutral environment. However, given my unique circumstances as nominee of the Republican Party and the core issues of my campaign that focus on illegal immigration, jobs and unfair trade, I have concerns as to my ability to receive a fair trial.

I am fighting hard to bring jobs back to the United States. Many companies – like Ford, General Motors, Nabisco, Carrier – are moving production to Mexico. Drugs and illegal immigrants are also pouring across our border. This is bad for all Americans, regardless of their heritage.

Due to what I believe are unfair and mistaken rulings in this case and the Judge’s reported associations with certain professional organizations, questions were raised regarding the Obama appointed Judge’s impartiality. It is a fair question. I hope it is not the case.

While this lawsuit should have been dismissed, it is now scheduled for trial in November. I do not intend to comment on this matter any further. With all of the thousands of people who have given the courses such high marks and accolades, we will win this case! 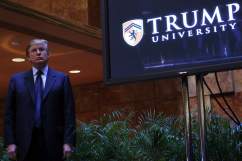 Loading more stories
wpDiscuz
0
0
Would love your thoughts, please comment.x
()
x
| Reply
Donald Trump commented on the lawsuits against Trump University and critics who say his comments on Judge Curiel are racist.