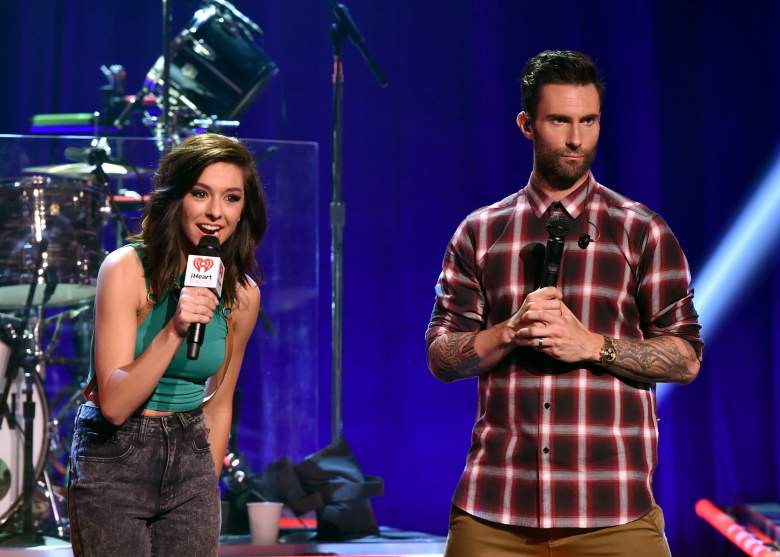 Christina Grimmie performed on NBC’s “The Voice” and was coached by Adam Levine. (Getty)

The death of Christina Grimmie has shocked the entertainment world.

The 22-year-old singer, who rose to fame as a contestant on NBC’s The Voice, was shot by a gunman following her concert on Friday night in Orlando, Florida.

Grimmie performed with the band Before You Exit at Orlando’s Plaza Live and stayed after the event to sign autographs for fans, when police say a man approached the singer and shot her.

The gunman fatally shot himself after Grimmie’s brother tackled him, according to authorities.

Grimmie was taken to the hospital, where she later died of complications due to injuries.

Voice coach Adam Levine posted a photo of the two on Instagram before Grimmie passed, saying “I’m sad, shocked and confused. We love you so much Grimmie. We are all praying hard that you can pull through this…this just isn’t fair.”

Read how celebrities are remembering the young singer on social media:

I'm sad, shocked and confused. We love you so much Grimmie. We are all praying hard that you can pull through this…this just isn't fair.

#RIPChristina ?? my thoughts and prayers are with her loved ones..

My heart hurts hearing this news.. So terrible. Praying for Christina and her family. #prayforchristina

There are no words. We lost a beautiful soul with an amazing voice. Our hearts go out to the friends, fans and family of @TheRealGrimmie.

I'm stunned and disgusted and heartbroken that we lost that sweet little girl… Keeping @TheRealGrimmie family in my heart and mind.

My heart is broken! Sending out prayers for the Grimmie family. RIP @therealgrimmie I Love You Baby Sistah!

Nothing in this life matters more than love.? Living today with a heavy heart.. But living nonetheless. ❤️ #RIPChristina #PrayForChristina

#RIPChristina i can't believe it. Absolutely every last bit of my love. Such an inspiration to me and so many ❤️

Absolutely shocking. My prayers are with you @TheRealGrimmie

News about Christina Grimmie is beyond saddening. Thoughts go out to her family and friends. Rip to an amazing soul!

I Cant believe there are people in the world who could do such an evil, senseless act. Love & prayers to the Grimmie family. #RIPChristina

#RIPChristinaGrimmie so young and so talented.. I send my prayers to her loved ones.