A gunman has taken hostages in a movie theater in Germany, reports the Bild tabloid newspaper in the country. The shooting began at around 3 p.m. local time, around 9 a.m. Eastern time. The attack happened in the town of Viernheim, around 45 miles south of Frankfurt.

Just before 11 a.m. Eastern, the suspect was shot dead by German police.

1. Initial Reports Indicate That Up to 50 People Have Been Injured

Bild reports that the suspect is “disguised,” armed and is “wearing a cartridge belt around his shoulder.”

The Frankfurter Allgemeine reports that the nearby Darmstadt hospital is in emergency mode. The Darmstadt Echo reports that up to 50 people have been injured, possibly through tear gas.

Bild reports that nobody was injured directly by the gunman.

2. Local Police Have Used Tear Gas at the Scene

Sky News reports that Germany’s “elite police force”, the SEK, are on scene at the shooting. While Bild reports that tear gas has been used.

The Guardian reports that four shots were fired during the attack.

3. The Suspect Was Barricaded in the Theater

Initial reports indicated that the man was holed up in the movie theater with hostages. After special police descended on the theater, the suspect was apparently killed.

4. There Has Been No Indication That the Incident Is Terror Related

Heavily-armed police outside a movie theatre complex where an armed man has reportedly opened fire on June 23, 2016 in Viernheim, Germany. According to initial media reports, the man entered the cinema today at approximately 3pm, fired a shot in the air and barricaded himself inside. (Getty)

In response to the shooting, NBC New York reported that the NYPD had dispatched extra officers to patrol movie theaters.

5. Gun Laws in Germany Are Considered Some of the Strongest in the World

According to statistics, there are around 45 million registered guns in circulation in Germany, however, most are for sports shooting or are antiques. Getting a gun for personal security is difficult. Guns that are strictly banned are fully automatic rifles, pump action shotguns and handguns made after 1970.

During the GOP presidential nomination race, candidate Ben Carson suggested that gun control had allowed the Nazi takeover of Germany in the 1930s. It’s a claim he first made in his book, “A More Perfect Union.” He wrote:

German citizens were disarmed by their government in the late 1930s, and by the mid-1940s Hitler’s regime had mercilessly slaughtered six million Jews and numerous others whom they considered inferior.

Through a combination of removing guns and disseminating deceitful propaganda, the Nazis were able to carry out their evil intentions with relatively little resistance.

Politifact described Carson’s claims as a “misreading of history on two levels.” 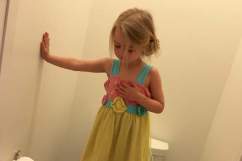