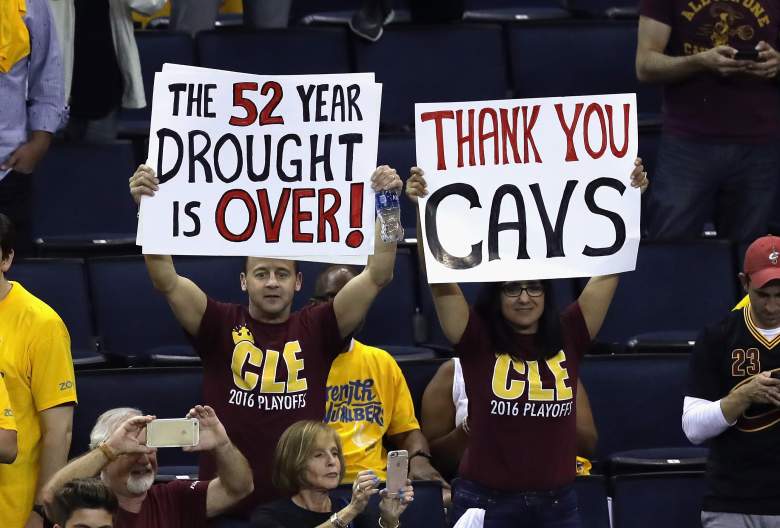 The last time a professional sports franchise in Cleveland won a championship, the year was 1964 and the star on that team was none other than Jim Brown. Since then it’s been 52 years of heartache for fans in the city, with the Brown, Cavaliers and Indians all dealing with varying forms of heartache. That all changed Sunday night, as the Cavaliers completed a comeback from a 3-1 deficit to win the franchise’s first-ever NBA title.

As one would expect the fans back home in Cleveland were thrilled with the result, celebrating at a watch party at Quicken Loans Arena and filling the streets of downtown Cleveland. Below are a couple videos of the celebrations, and contrary to some reports fans did not actually steal a city fire truck. They did manage to scale and dance on top of a fire truck however, and one fan even did some pull-ups hanging from a traffic stop light.

THIS DUDE IS DOING PULL-UPS ON THE TRAFFIC LIGHT CLEVELAND IS A MADHOUSE pic.twitter.com/2RU5YQKAuI