Orlando shooting survivor, Amanda Grau was unable to meet Thursday with President Barack Obama when he visited Florida to honor the victims and meet with survivors.

Grau, 33, has already undergone one surgery and will undergo a second on Friday. Since Grau was not well enough to meet the president, he recorded a special video message for her.

Hey Amanda. We are over here. I am with your dad, your brother and we are all thinking of you. So you make sure to do what the doctors tell you to do. Stay strong. Know that everyone is thinking of you, and you are in our thoughts and prayers.

According to WFTS, Grau was in the bathroom when she was shot by the gunman. She was wounded at least three times, her brother said.

WFTS reported that Grau went to the Pulse nightclub to meet up with her friend Christopher SanFeliz. SanFeliz, 24, was killed in the massacre.

Obama visited the Amway Center, a stadium just two miles from the scene of the massacre, to meet privately with families of the 49 victims, and with survivors on Thursday.

Prior to meeting with families and survivors on Thursday, Obama and Vice President Joe Biden spoke to local law enforcement officials to thank them for their actions in responding to the attack at Pulse nightclub, according to the White House. 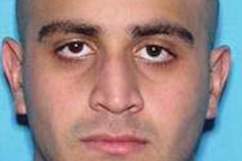