Alexander McCoy, a Hillary Clinton supporter, is leading a group of protesters, Veterans Vs. Hate, outside the 2016 GOP Convention. (Facebook)

A group of protesters calling themselves “Veterans VS Hate,” an anti-Donald Trump group led by Hillary Clinton supporters, has been rallying outside the 2016 Republican National Convention in Cleveland this week. The group joined protesters to “Wall off Trump.”

The group has been led by Alexander McCoy, a six-year Marine Corps veteran, according to the Huffington Post.

McCoy’s public Facebook page states he’s from North Kingston, R.I., and lives in New York. His LinkedIn account states he’s the communications director and co-founder of High Ground Veterans Advocacy and a former intern for U.S. Rep. David Cicilline (D-R.I.). Here’s what you need to know about McCoy and Vets VS Hate:

1. McCoy Supports Hillary Clinton for President But Doesn’t Work for Her Campaign 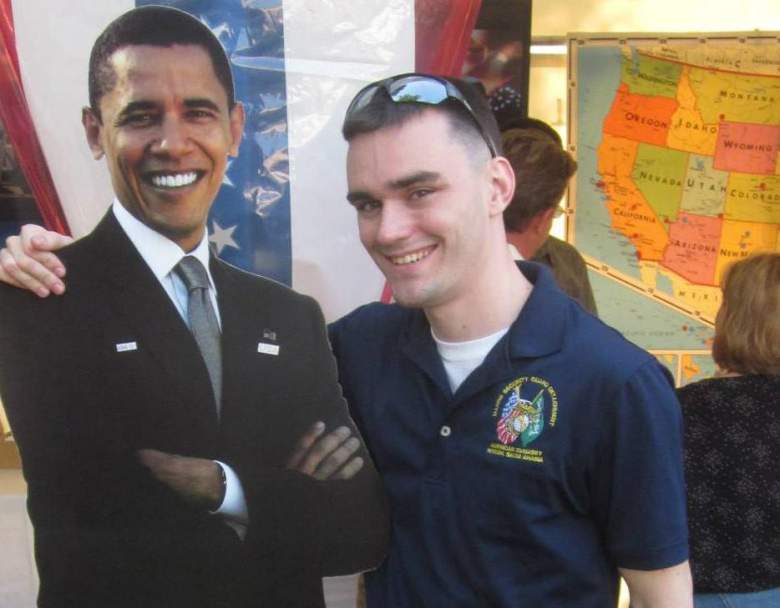 McCoy poses with a cutout of President Obama. (Facebook)

A May protest of veterans outside Trump Tower was organized by Clinton’s campaign, according to The Daily Beast. McCoy served as a spokesman for the demonstrators — and went to great lengths to hide the Clinton campaign’s involvement with organizing the demonstration, the Daily Beast reported.

“Then, reached by phone after the event, McCoy acknowledged that the Clinton campaign organized the conference call bringing together possible attendees to the protest,” the Daily Beast reported.

McCoy appeared on CNN and said, however, he was not working for the Clinton campaign: 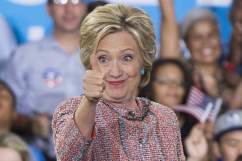 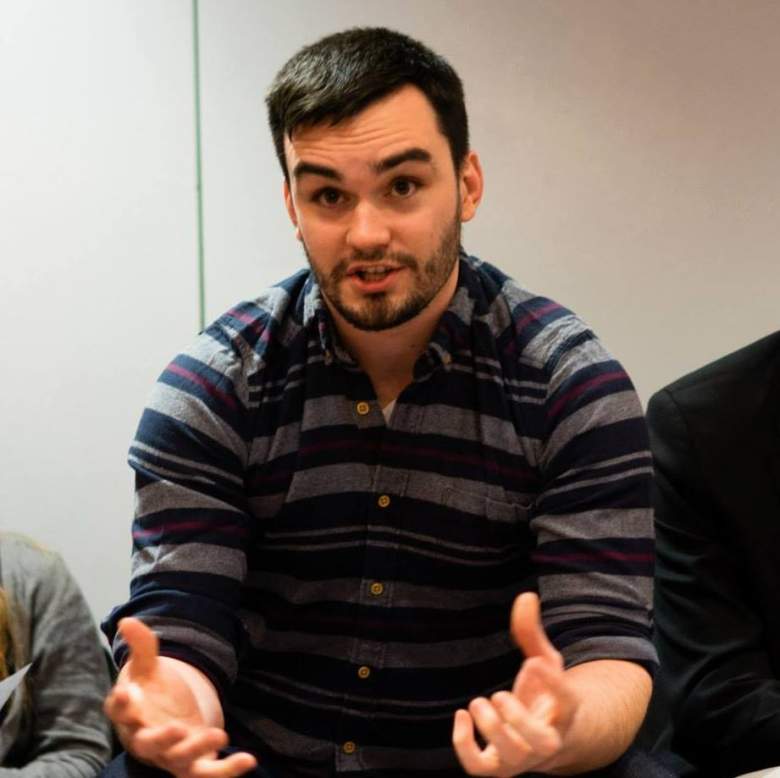 New Hampshire State Rep. Al Baldasaro is the Trump campaign’s veterans advisor and a 22-year veteran of the U.S. Marine Corps — and he isn’t a big fan of McCoy:

Piece of crap claims he served in Marines, he's a disgrace to our Corps & Country @realDonaldTrump #veteransfortrump https://t.co/xvjidrPRV1

Baldasaro, who said Clinton should be shot in a firing line for treason, also outed McCoy for his protesting against Trump.

“You got a guy outside, McCoy, go do a Google search on his Facebook. He’s out there, his picture is with Clinton. They are using veterans as political pawns, it must stop Donald Trump is doing this from the heart. You’re all focused on the way he’s raising money and you’re not looking at the 22 veterans that are killing each other every day…,” Baldasaro said.

The feuding began when Trump overstated the amount of money he donated to veterans organizations, and McCoy organized the initial protest. 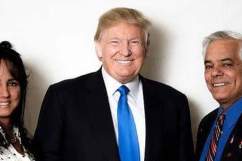 The Vets VS Hate group has been protesting outside the Republican National Convention. (Facebook)

Although they don’t have a large following, Vets Vs Hate has been taking on the Trump campaign since at least May when McCoy and the Clinton campaign organized the protest outside the Trump Tower in New York. They turned their efforts to the 2016 Republican National Convention where Trump solidified his spot as the GOP candidate for the White House.

“We’ve come together to challenge the hate rhetoric that has been coming out of the Trump campaign since the beginning,” Ramond Curtis, an Iraq veteran, told KOLR.

McCoy and his group, along with immigration advocates, dressed in ponchos with brick and chainlink fence painted on — attempting to “wall off Trump” — took to the streets in Cleveland:

The group has this video on its Facebook page:

4. They Want to ‘Wall Off Trump’ Instead of Mexico

Cleveland’s downtown Public Square was alive with protesters during the GOP convention, but the “Wall Off Trump” group, which includes McCoy and Vets Vs Hate, was gaining national recognition Wednesday.

The purpose was to form “a human wall… to mock Donald Trump’s plan to seal off the Mexican border,” according to the Associated Press.

“If he wants a wall we’ll give him one,” veteran Curtis posted to Facebook:

The protesters gathered outside the Quicken Loans Arena, where the convention is being held, to slow down conventiongoers, The Hill reported. 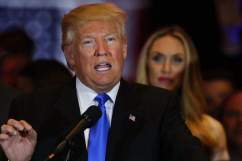 5. At Issue is Trump’s Promised Donations to Veterans Groups

Trump had promised donations to veterans groups publicly, and when the numbers didn’t add up to as much as he said, McCoy and his group went to Trump Tower.

“(Of) the $6 million that Donald Trump supposedly raised for veterans charities, a significant portion of that money either never existed or it just vanished,” Perry O’Brien, 34, who served in Afghanistan for over three years, told the Daily News.

According to the Daily News: “O’Brien and McCoy, whose anti-Trump efforts have taken on the ‘#VetsVsHate’ hashtag on social media, have also opposed the mogul’s plan to privatize the U.S. Department of Veterans Affairs and his suggestions that the military should target the families of terrorists.” 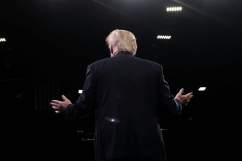