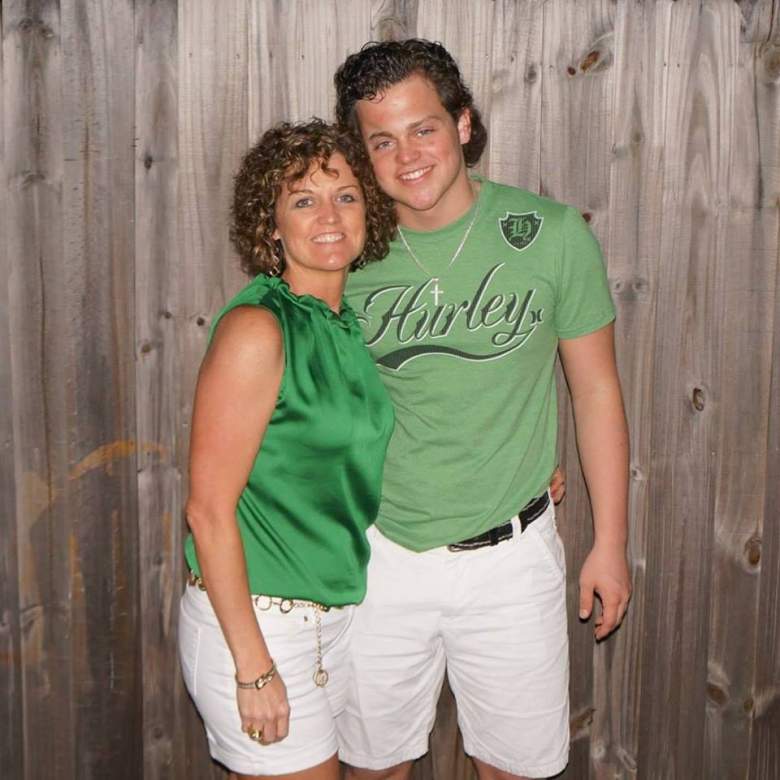 Beau Solomon’s family flew to Italy to look for him. (Facebook/Beau Solomon)

Beau Solomon, a 19-year-old student at the University of Wisconsin-Madison, and a childhood cancer survivor, was found dead July 4 in the Tiber River in Italy, after being missing since Thursday, and his death is being treated as a homicide, according to the Milwaukee Journal Sentinel, Italian News agency ANSA, and Wisconsin television stations. According to Fox News, quoting the Italian press, preliminary autopsy results indicated that Solomon “had suffered injuries consistent with a fall and with days spent in the water.” ANSA reported that witnesses told police they saw a group of people throw him off a bridge; another account was that a “man” was seen throwing a person off a bridge.

Solomon’s brother, Cole, told the Milwaukee Journal Sentinel that “investigators believe he was murdered,” according to WEAU-TV, quoting the Associated Press. ANSA confirmed that, saying Italian police had opened a “murder probe.”

As a boy surviving a rare eye cancer, Beau Solomon reached his dream of meeting then Green Bay Packers Quarterback Brett Favre, through the Make A Wish program, a 2005 story on Packers.com recounts. Watching his child meet Favre, Beau’s father told the Packers news source at the time that he felt that Beau was the “luckiest kid in the world.”

1. Beau Solomon Was at a Bar With Friends on the Night he Disappeared

Beau Solomon was studying in Rome and was at a bar with friends. When the group decided to leave he was gone. https://t.co/1jQERfMAc0

The Milwaukee Journal Sentinel says that Solomon was at a bar in Rome with friends and, when the night ended, he was gone. The newspaper says he didn’t show up for class the next day, so a friend reported him missing at that time. WISC-TV says Solomon was in an espresso bar when he disappeared. The family said Solomon was not drinking when he disappeared, according to the New York Daily News.

ANSA reported that police believe Solomon was robbed and then thrown into the river. The bar he was at was in the Piazza Trilussa, described as Rome’s popular Trastevere neighbourhood, when he vanished at 1 a.m., ANSA said. Italian news site Roma Today says Solomon’s roommate said he last saw Solomon when Beau said he was going to go to the bathroom. He said Solomon was not drinking, but the Italian news site said others described the men as a “little tipsy.” Roma Today said police are investigating an argument as well as robbery and that they had a report of an argument on the river bank that very night.

The Associated Press reported that Cole Solomon told the Journal Sentinel that his brother “suffered a head wound and was found with blood on his shirt.” According to ANSA, the body believed to be Solomon’s “was dumped into the river and probably suffered a fatal head wound on his way down into the river.” ANSA reported Monday that two witnesses had told police they saw a group of people “throw a young man from a bridge early Friday morning.” Fox News said the bridge in question was the Garibaldi, and the two witnesses are Italian. Police said they believed he had been murdered, ANSA reported.

John Cabot, the university where he was studying abroad, released a statement when Solomon disappeared that said:

The University was alerted by his roommate who reported that he had lost contact with Beau around 1:00 am on Thursday night while together at a pub in Rome, and was worried when he did not see Beau at orientation that morning. The University alerted the Italian law enforcement authorities, providing them with all the information in its possession. John Cabot University also informed the American Embassy and the student’s home school, which notified the family.

A friend of Solomon’s, Lucas Perez, posted some of the details on Facebook before Solomon was found:

While studying abroad in Rome Italy at John Cabot Unniversity, Beau Solomon has gone missing for over 48 hours. He was last seen with a group of 11 students around midnight on Thursday. Beau is 19 years old and approximately 5’11 220 pounds with Curly dark hair. His credit card & phone were stolen and he has not seen seen since. We are working with the US embassy to try find Beau. Our hope is that by doing so someone in your network recognizes him & helps us bring Beau homeThe last time he was seen at a bar near the John Cabot University in via Della Lungara, 233 in Rome.
In Case someone saw him or have useful information, you can contact the U.S. Embassy in Rome (06-46741) or the 113

A photo of Beau Solomon with a friend in Wisconsin. (Facebook/Beau Solomon)

2. Beau Solomon’s Credit Card Has Been Used, His Family Says 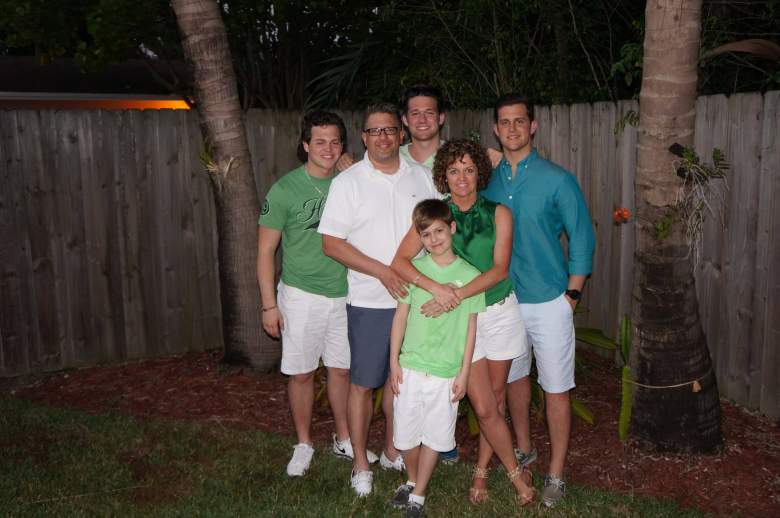 Beau Solomon’s family told Wisconsin television stations that his credit card had been used. According to WKOW, there were $1,500 worth of charges on his credit card. ANSA reported the credit card was used in Milan and that, after Solomon disappeared, his family had called his credit card company and spotted the charges.

Not being able to do anything is the hardest thing for me. Just being an older brother I’ve always tried to do what I can to take care of him. I can’t do that when he’s in another country.

Before his body was found, Beau Solomon’s family had asked the public to share his photo widely on social media. WKOW said they were hoping someone would recognize him and provide information about his whereabouts. According to WKOW, Beau’s brothers say he was a good student who took advanced placement classes in high school because he wanted to graduate from college early. His goal was to graduate in three years from college, they said. 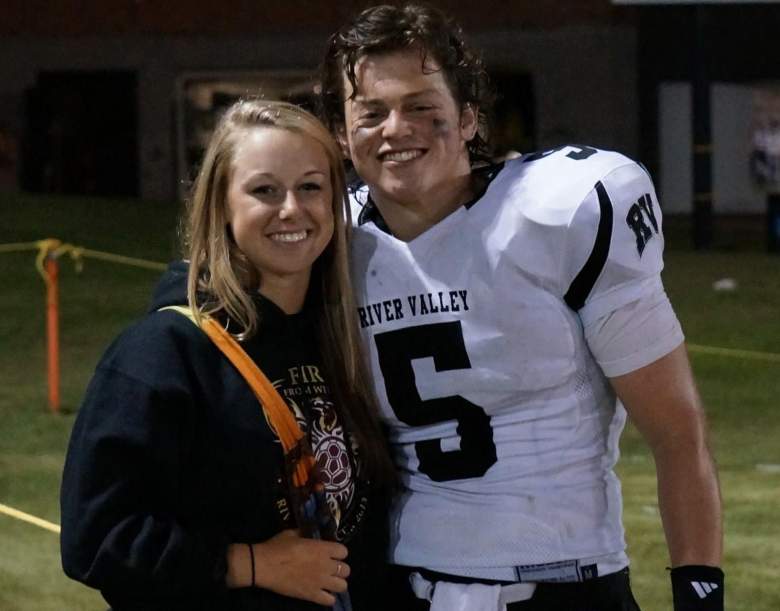 3. Beau Solomon Survived a Rare Form of Cancer as a Child 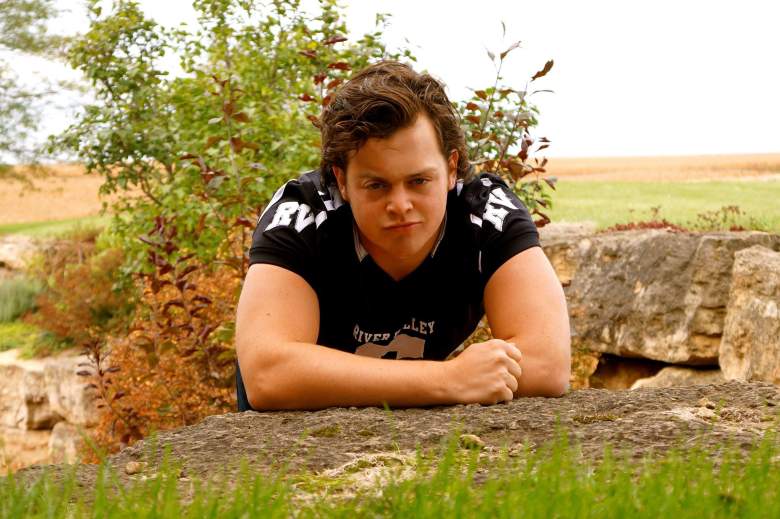 Solomon’s brother, Jake Solomon, told WISC-TV that Beau Solomon had been diagnosed with a rare form of cancer when he was a child, undergoing surgeries and chemotherapy. Fox News says the cancer battle lasted 10 years. ANSA reported that Solomon had suffered from eye cancer. Jake Solomon said Beau was close to his family and community, telling the TV station:

He’s a social butterfly. He’s loved by everyone, and he’s the glue that keeps our family together.

One of Beau’s friends Tweeted the Make A Wish Foundation about Solomon’s disappearance:

@MakeAWish Beau Solomon is missing in Italy. You know him as the boy who wanted to meet Brett Favre.#bringbeauhome pic.twitter.com/D0G3HPCnnl

Indeed, as a child surviving cancer, it had been Solomon’s wish to meet the then-Green Bay Packers quarterback. A 2005 story on Packers.com says that Beau was “one of 15 Make-A-Wish children this year to find his name on his own jersey in his own locker next to Brett Favre’s in the Packers’ locker room.”

Meeting all the players was thrilling, fun, exciting and all of the good things you can think of. It was fun meeting Brett and seeing that he’s just a regular guy like anybody else. My favorite part was when he was making faces at my baby brother, Max, to make him laugh while we were taking pictures.

Beau’s father, Nick Solomon, was quoted in the old Packers article as saying:

When your child is sick you try to think of all the positive things. For those few days that we were around the Packers, we honestly felt that he was the luckiest kid in the world. We all feel that we’re the luckiest family in the world and that despite the illness, Beau is the luckiest kid in the world. Brett identified with Beau in a way that made him feel comfortable and feel special. And the ability for him and all the other Packers that were involved to do that really made that experience very special and something our family will remember forever. 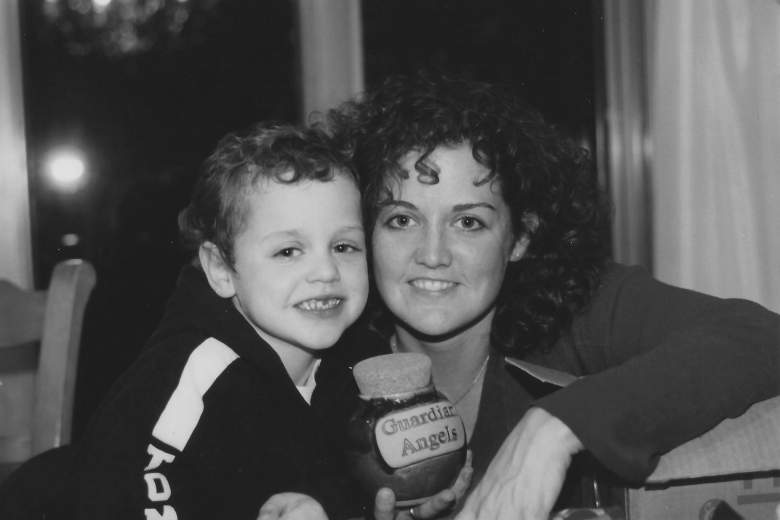 4. Beau Solomon Was a Former High School Athlete Who Was Studying Abroad 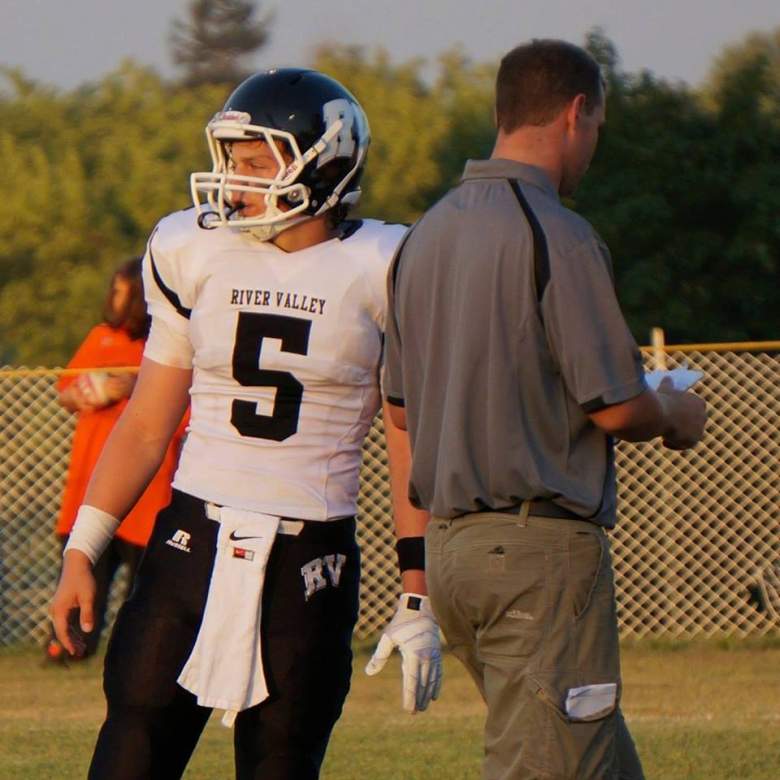 Beau Solomon’s family told WKOW that he had taken two semesters of Italian and was looking forward to studying abroad. The news site also reported that Solomon was a high school athlete. Beau had just finished his freshman year in college, the news site says. In high school, reports WKOW, he played basketball, golf, and football, making all-conference as a quarterback for the River Valley High School football team.

According to Fox 6 Milwaukee, Beau Solomon was a personal finance major at UW-Madison, the flagship school in Wisconsin’s university system. Solomon wanted to be a politician and was involved in Badger Boys State Camp. 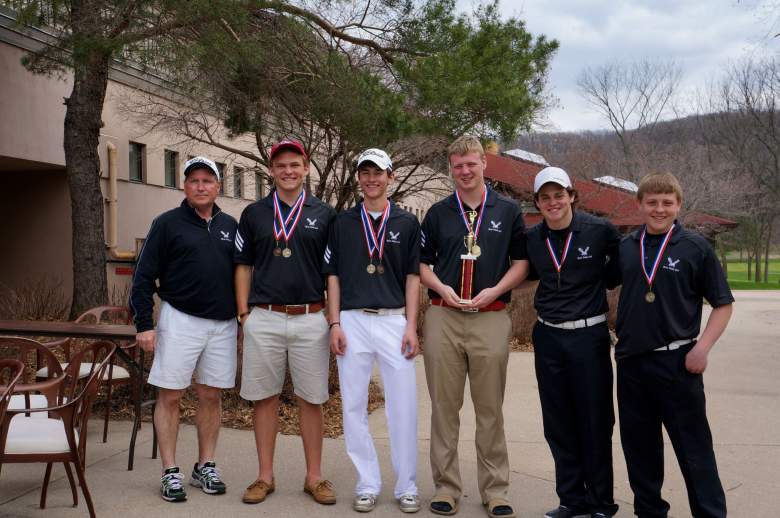 In high school, Beau Solomon was involved in many sports. (Facebook/Beau Solomon)

5. Solomon’s Parents Flew to Italy to Try to Find Him

According to WISN-TV, Beau Solomon’s parents were on their way to Italy. NBC News reports that Beau’s parents arrived on Monday in Italy, the day their son’s body was found.

The University’s dean of students also released a statement pledging to work with John Cabot, a college in Rome where he was studying, to try to find Solomon before he was found deceased, WISN reports.

In the three days he was missing, friends and fellow UW-Madison students took to social media to spread word about Solomon’s disappearance and to urge prayers for him.

Hoping fellow Badger Beau Solomon is found safe and sound in Italy. We are all one big Badgers family both in Madison, and beyond.

On Thursday my friend Beau Solomon went missing in Italy. Please keep him and his family in your prayers.https://t.co/EdzSE0p605