Multiple people have been shot at a courthouse in southern Michigan. News of the attack first broke at around 3 p.m. on July 11. It’s unclear exactly how many people have been wounded. The shooting took place at the Berrien County Courthouse in the town of St. Joseph. WZZM’s David Bailey tweeted that three people are dead, among the victims are two court employees. The town is located around 50 miles west of Kalamazoo.

1. The Gunman Took Hostages During the Attack

According to police scanner traffic, the gunman took hostages at around 2:20 p.m. local time on the second floor of the building. That’s when the gunfire rang out. The situation ended within minutes of the first gunshot. You listen to the scanner traffic above.

Berrien County Sheriff Paul Bailey said that it was “brave officers” who took the suspect down.

There is an active shooting happening in the #BerrienCountyCourthouse please RT this is where I work.

An employee, Zarya Stark, of the courthouse was the first to tweet about the shooting. She later said on social media that she had been able to make it out safe to her car. Stark added that she thought the shooting was taking place on the third floor of the building.

2. The 2 Innocent Victims Have Been Named as Court Bailiffs

The shooter is among the dead people, reports WZZM’s David Bailey. He also tweeted that the other people killed are two bailiffs.

3. There Wass a Massive Police Response at the Scene

MSP has secured the scene at the Berrien County courthouse and started its investigation into the shooting that occurred this afternoon.

Just after 3:30 p.m., Michigan Governor Rick Snyder tweeted that the courthouse had been secured and that the Michigan State Police would be handling the investigation.

4. A Police Officer Is Among the Wounded

The other victim in the shooting is a sheriff’s deputy who was shot in the left arm and finger reports WWMT’s Nicky Zizaza. The deputy is said to be in stable condition at a local hospital.

5. The Attack Comes With American Law Enforcement on Edge Following the Killing of 5 Cops in Dallas

This shooting comes as law enforcement across the country are on high alert following the killing of five cops in Dallas on July 7. Cop killer Micah Johnson had targeted officers following the shooting deaths of Philando Castile in Minnesota and Alton Sterling in Louisiana. 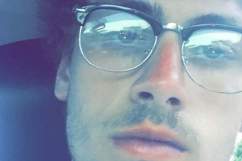 Read More
5 Fast Facts, Breaking News, Shooting
wpDiscuz
10
0
Would love your thoughts, please comment.x
()
x
| Reply
Multiple people have been shot at a courthouse in southern Michigan. News of the attack first broke at around 3 p.m. on July 11.