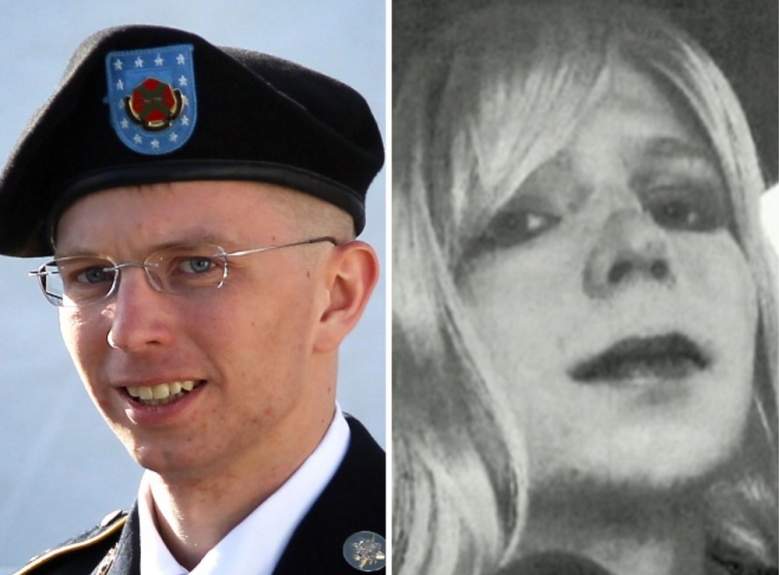 Chelsea Manning, who was sentenced to 35 years in prison for leaking classified documents to Wikileaks in 2013, tried to commit suicide in her Kansas prison cell on Tuesday, according to the New York Post. The US Army whistleblower is a transsexual who turned over nearly three-quarters of a million classified military documents during her time in the Army.

Read on to find out more about her suspected suicide attempt.

1. She Was Rushed to the Hospital from Fort Leavenworth on Tuesday

Chelsea Manning suspected of attempting suicide. Was taken to a hospital Tuesday from Fort Leavenworth, CNN.

Manning, 28, was rushed to the hospital on Tuesday after she “failed to take her own life”, according to the NY Post. Shimon Prokupecz, who covers law enforcement for CNN, posted the news to his Twitter account on Wednesday morning.

In 2013, Manning was convicted of sending classified documents to a website called WikiLeaks, and is eligible for parole in about six years. At her trial, her attorneys argued that she “had been disillusioned by the wars in Iraq and Afghanistan and believed the release of the documents, including diplomatic cables and military reports, should be seen by the public.”

2. Her Lawyers and Family Are Being Kept In the Dark

This is the latest photograph of me — from February 2015 — from the week I began HRT pic.twitter.com/BvFreiz4re

On Wednesday afternoon, Manning’s lead defense attorney, Nancy Hollander, released a statement saying that the Army has not yet informed her, or Manning’s family, of Manning’s condition. Nancy added that the Army will not be contacting her until Friday morning.

Manning also voiced her discontent with the fact that a Leavenworth official informed the press of Manning’s confidential medical information without first informing her legal team.

We’re shocked and outraged that an official at Leavenworth contacted the press with private confidential medical information about Chelsea Manning yet no one at the Army has given a shred of information to her legal team. I had a privileged call scheduled with Chelsea at 2pm Leavenworth time yesterday, after the Army has now said she was hospitalized, but the Army gave the excuse—which I now believe to be an outright lie—that the call could not be connected although my team was waiting by the phone.

The messages that CNN has left the Army have so far gone unanswered.

3. She Is Serving 35 Years For Leaking Classified Documents

Whistleblower Chelsea Manning appeals 35yr espionage convictionArmy whistleblower Chelsea Manning is appealing her 35-year sentence in a military prison for violating the Espionage Act. In 2010, she released more than 700,000 diplomatic cables to Wikileaks. RT America’s Anya Parampil breaks down Manning’s leak, which exposed the extrajudicial killings of 15,000 Iraqi civilians. Then, Clark Stoeckley, who attended Manning’s trial and is the author of the book ‘United States vs. Chelsea Manning’ talks about the case with Manila Chan. Find RT America in your area: http://rt.com/where-to-watch/ Or watch us online: http://rt.com/on-air/rt-america-air/ Like us on Facebook http://www.facebook.com/RTAmerica Follow us on Twitter http://twitter.com/RT_America2016-05-20T21:23:28.000Z

Manning is serving 35 years in federal prison for espionage and other offenses, and has admitted to “handing classified documents to the anti-secrecy website WikiLeaks.” She is currently serving her sentence in a men’s military prison in Fort Leavenworth, Kansas, and is appealing the sentence.

In 2009, Manning worked as an intelligence analyst in Iraq. In 2010, one year after beginning her job in the Army unit, she told an online acquaintane, Adrian Lamo, that she leaked classified information to a site called WikiLeaks. Lamo went to Army Counterintelligence with the news, and Manning was arrested in May of that year.

The information she leaked included videos of the July 12, 2007 Baghdad airstrike, and the 2009 Granai airstrike in Afghanistan, over 250,000 US diplomatic cables, and 482,832 Army reports. Manning was charged with 22 offenses, including aiding the enemy, and was taken to the Marine Corps Brig, Quantico in Virginia, where she was in de facto solitary confinement, before being moved to Fort Leavenworth.

Manning pleaded guilty to ten of the charges in February 2013. She is serving her sentence at the maximum-security US Disciplinary Barracks at Leavenworth.

Military to Handle Bradley Manning's Request to Be 'Chelsea'Bradley Manning's request to be able live as a woman raises questions about transgender issues in the military. The U.S. soldier is sentenced to 35 years in prison. Will he be able to receive hormone therapy treatments behind bars? Ray Suarez speaks with Allyson Robinson, a private U.S. military consultant and LGBT advocate.2013-08-24T00:12:02.000Z

Manning was born Bradley Edward Manning on December 17, 1987. In a statement made the day after she was sentenced, she said that she felt as though she had identified more as a female since her childhood, and she wanted to be called ‘Chelsea’. She also in the statement that she wanted hormone replacement therapy.

Three years prior to her conviction, Manning sent an email to her supervisor, Master Sergeant Paul Adkins, claiming that she was suffering from gender identity disorder. In February 2015, the military approved hormone therapy for Manning, who at the time, was carrying out her sentencing at the Army’s Fort Leavenworth Prison. Col. Erica Nelson, the commandment of the Fort Leavenworth Disciplinary Barracks, issued a memo that read, “After carefully considering the recommendation that (hormone treatment) is medically appropriate and necessary, and weighing all associated safety and security risks presented, I approve adding (hormone treatment) to Inmate Manning’s treatment plan.”

5. She Was Recently in the News for Critiquing Military Reforms for Transgender Individuals

Victory: Trans inclusion in the U.S. Military; caveats (many): lots and lots of work to do (incl my hair) https://t.co/idBlAZSJFA #LGTBQ

Last week, Manning was featured in multiple articles for her disapproval of the military’s new rule regarding transgender individuals serving in the military. GaryStar News writes, “While Manning called US Defense Secretary Ash Carter’s official lifting the ban last week ‘a relief’, she is against a requirement for new recruits to be stable in their identified gender for 18 months, as certified by their doctor, before they can enter the military.’ Manning believes that the military doesn’t have the right to be the “gatekeeper” for one’s gender expression and identity.

Erich Milton Nowsch Jr.: The Photos You Need to See