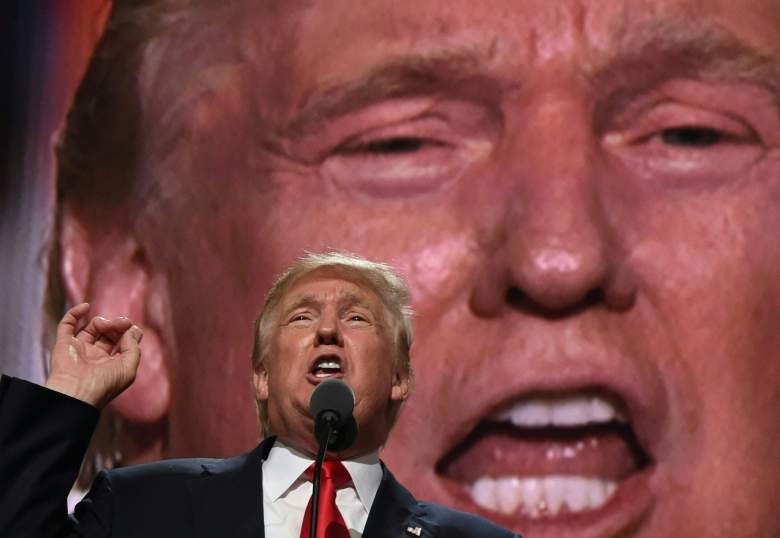 New polls that came out during the middle of the Democratic National Convention showed that Donald Trump has maintained his convention bounce and is now leading over Hillary Clinton, although a third poll released Thursday shows she has regained a 1% lead. Although the odds of a November victory are still in her favor, they’re shrinking.

The two national polls, released Tuesday, July 26 by Reuters and the Los Angeles Times, showed Trump leading after the convention’s start. A third national poll, released Thursday, July 28 by Rasmussen, shows Clinton with a 1 point lead over Trump (a reversal from the previous week when Trump had a 1 percent lead in the same poll; this poll was taken Tuesday and Wednesday, also well into the Democratic convention). In two of the three polls, Reuters and Rasmussen, the leads are within the margin of error, meaning the election is really in a dead heat in those polls. The Times’ poll had Trump up by almost 7.

Real Clear Politics now shows Trump up 0.9% over Clinton for July 27 when all recent polls are averaged. That’s the first time he’s led in the RCP average, which counts polling through July 26.

A slate of other polls released Monday, but that were taken before the Democratic convention started in Philadelphia, showed that Trump received a bounce from the Republican National Convention; national polls conducted by CBS and CNN from July 22-24 showed him up by 3 and 1 points respectively. The Democratic convention started July 25 in Philadelphia and, at least from the polls that have come out so far, Clinton doesn’t seem to have earned much of a bounce, as the race is basically deadlocked.

The new polling showed that Trump was maintaining his lead or staying even after the first night of the Democratic National Convention, which had several high-profile speakers, such as Bernie Sanders, First Lady Michelle Obama (who gave a highly praised speech) and Massachusetts Senator Elizabeth Warren, the latter of whom in particular railed against Trump.

Getting the most recent attention: The two polls that included polling conducted on Tuesday, July 26, especially a Reuters/Ipso poll released July 26. It shows that Trump has taken a lead over Clinton for the first time in the poll since May, according to Fox News. However, the numbers are within the poll’s credibility interval, meaning that the candidates are about even in support. Still, that’s good news for Trump, whose popularity sagged in the month before the conventions and since the polls come after Clinton’s vice presidential pick of Virginia Senator Tim Kaine. The poll was conducted July 22-26, meaning that part of it occurred as the Democratic National Convention was already in full swing.

The new Reuters/Ipso poll shows that Trump has broken into the lead. The Reuters poll was conducted July 22-26, meaning that it spans the beginning of the Democratic National Convention, which Reuters notes was “marred” by the release of WikiLeaks emails that appear to show top DNC officials conspiring against Bernie Sanders and the subsequent resignation of DNC chair Debbie Wasserman Schultz. However, the poll showed that 24 percent of voters would “vote for neither,” said Reuters. 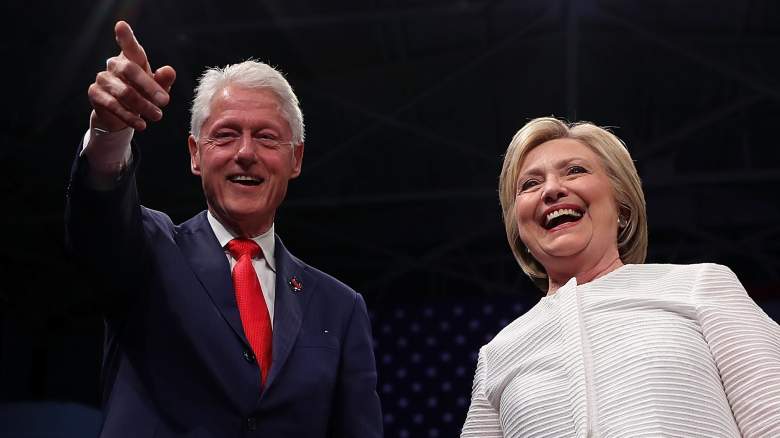 The poll’s credibility interval is 4 percentage points, which means the candidates are basically even, Reuters said. The Friday before, Clinton was ahead by 3 points, still in the credibility interval, according to Reuters. In 2012, Mitt Romney received a similar boost against President Barack Obama after his party’s convention but went on to lose in November, Reuters noted.

The USC Dornsife/L.A. Times Presidential Election “Daybreak” Poll polls 400 people every day about how they are voting. The poll is a daily poll, so it was conducted on July 26. The poll’s chart shows that Trump started polling higher than Clinton on July 22, and his lead has been widening ever since. Trump was also ahead of Clinton in the poll in early July, but they had tied by the middle of the month during the Republican National Convention.

Rasmussen says July 28 was the first time Clinton had taken the lead in a month in its poll. The poll said the numbers mean the race is basically “deadlocked” as it has been in this poll since last fall. According to Rasmussen, 10% wanted someone other than Trump and Clinton and 4% were still undecided in the telephone and online survey. Rasmussen says it conducted the poll on Tuesday, July 26 and Wednesday, July 27. The margin of sampling error is +/- 3 percentage points with a 95% level of confidence, meaning the race is essentially even in this poll. The poll found that Trump has more support from his party than Clinton, but she has taken a small lead among voters who don’t identify with either party.

Of course, it’s too early to determine for sure whether Clinton will get a bounce coming out of the Democrats’ full convention in Philadelphia. Her own speech and that of crowd favorite Chelsea Clinton were still to come when the polls were released, for example. President Obama and Joe Biden had also yet to speak when the first two polls were released. The first two national polls were also conducted before Trump made controversial comments that he hoped Russia had obtained Clinton’s deleted emails.

The Green Party’s Jill Stein in a Cincinnati appearance. (Facebook/Cincinnati for Jill Stein)

One CNN poll taken right before the Democratic convention indicates that Trump does even better when Libertarian candidate Gary Johnson and Green Party candidate Jill Stein are thrown into the mix, indicating that Johnson and Stein might be hurting Clinton more than they are hurting Trump. That dynamic is also gathering the attention of odds makers.