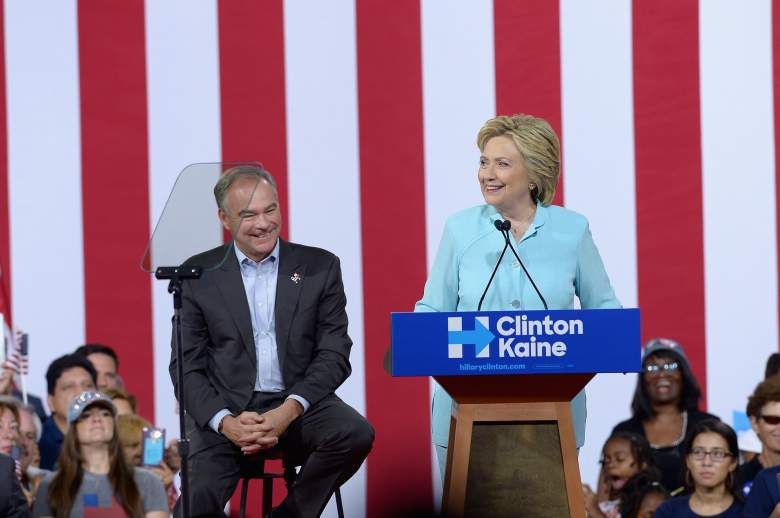 Hillary Clinton will address the DNC on Thursday evening. (Getty)

As the GOP finished up their convention last week, the attention of the political world turns to the Democratic party as the DNC begins today in Philadelphia. The convention runs through July 28. Today, the gavel strikes at 4:30 p.m. Eastern, but the headline speakers will not appear until primetime starting at 9 p.m. Eastern. Tonight’s theme is “United Together”.

Here’s a rundown of the viewing options.

C-SPAN – The network will preview the convention beginning at 3 p.m Eastern while live coverage begins at 4 p.m. Eastern.

MSNBC – Coverage officially begins at 4 p.m. Eastern with additional coverage throughout the day.

CNN – The network will have live coverage throughout the day with the primetime session beginning at 9 p.m. Eastern.

Click here for a full rundown of the coverage based on your timezone.

DNC SCHEDULE FOR MONDAY: Monday features a number of headline speakers including First Lady Michelle Obama and Senator Bernie Sanders. All eyes will be on Sanders speech as he transitions from competing against Clinton to campaigning for her. While things got heated at times during the primary season, Sanders has already endorsed Clinton.

Pam Livengood will speak about the drug epidemic. Karla and Francisca Ortiz are expected to speak about immigration policies and how it impacts those closest to them. Anastasia Somoza is an advocate for intellectual and developmental disabilities. Astrid Silva will also speak.

Loading more stories
wpDiscuz
0
0
Would love your thoughts, please comment.x
()
x
| Reply
The DNC gets started today with speeches from Michelle Obama and Bernie Sanders. Find out a full rundown of viewing options as well as the schedule for tonight.