Melania Trump is not often heard speaking in a public forum, but tonight she gives her speech at the Republican National Convention. Above is a clip of her speaking at a Trump rally in Milwaukee. The Slovenia native takes on the American people tonight, many of whom have yet to hear her accent. Carl Sferrazza Anthony, historian for the National First Ladies, told USA Today:

The convention is going to offer most people the first chance to form a legitimate opinion about her.

While Melania Trump may appear to just be a pretty face as a former model, she is quite well-rounded, speaking several languages – Slovenian, English, French, Serbian, Italian and German.

Some delegates have said that Melania can offer a fresh perspective as an immigrant who came to this country legally. Others have said that perhaps Melania can show a more sensitive side to husband Donald Trump. Both of these subjects are topics in her speech tonight.

Melania Trump has not been as much in the spotlight during her husband’s campaign, though Donald’s children, Ivanka Trump in particular, have been more in the forefront. Karen Pfaehler, former vice chair of the state Republican Party told USA Today that she loves Melania’s voice and her accent, so perhaps others will feel the same.

When it comes to Melania’s speech at the Republican Convention, she speaks about how her husband is a wonderful man and how he should be voted President because of his new direction and his ability to “get things done”. Even so, Melania has admitted to CNN that she doesn’t always agree with the things that come out of his mouth. She explained:

I give him my opinions, many, many times. I don’t agree with everything that he says but you know, that is normal. I’m my own person, I tell him what I think. I’m standing very strong on the ground on my two feet and I’m my own person. And I think that’s very important in the relationship … We are both very independent — I let him be who he is and he let me be who I am. I don’t try to change him. He’s an adult. He knows the consequences and so I let him be who he is.

Melania Trump was born Melania Knauss and she originally hails from Sevnica in Slovenia (population of roughly 5,000), which was then part of Yugoslavia. Her parents raised her in Slovenia’s Lower Sava Valley where they held modest jobs and her father was a member of the Slovenian Communist Party. When Melania Trump became and International model, she was able to explore the world and eventually settled in New York.

According to Inside Edition, if Donald Trump wins as President, Melania will be the first foreign-born First Lady since John Quincy Adams’ wife, Louisa. 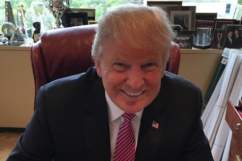 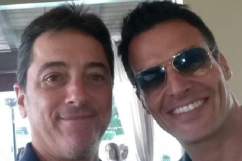 Loading more stories
wpDiscuz
4
0
Would love your thoughts, please comment.x
()
x
| Reply
Where and what country is Melania Trump from? Read on for details on Donald Trump's wife's nationality and accent we hear when she's speaking English in speeches.