Dylan Noble, right, can be seen in bodycam footage released by the Fresno Police.

Fresno Police have released bodycam video showing the fatal shooting of an unarmed 19-year-old man during a traffic stop on June 25.

The chief of the California police department showed the video at a press conference on July 13 and said the video shows Dylan Noble refusing officers’ orders to show his hands before he is shot. Noble did not have a gun, but Chief Jerry Dyer said he was reaching toward his waistband repeatedly, according to the Fresno Bee.

You can watch the video below (WARNING – GRAPHIC):

Dyer said the officers thought Noble was going to try to shoot them.

Officers had been called to the area for a report of a man walking with a rifle, and saw Noble’s black pickup speeding in the area, according to police. The officers tried to stop the truck, but it continued driving for about half a mile before stopping at a gas station.

Noble then got out of the truck without being asked and walked around, the video shows. Police say he was reaching toward his waistband. Noble then ignores officers commands to raise both his arms, and tells the officers, “I f**king hate my life,” before he is shot.

He then drops to the ground, and the officers pause. He is then shot two more times while on the ground.

“You will see in the video that Mr. Noble continued moving his hands while on the ground,” Dyer said at the press conference.

The shooting remains under investigation by the department’s Internal Affairs division. The FBI is monitoring the investigation, Dyer said.

You can watch the full press conference, which includes other bodycam footage, here:

A witness video showing part of the shooting was made public last week. You can watch that video below:

Noble’s mother has filed a lawsuit against the police department, the Los Angeles Times reports.

Dyer said at the press conference he has “questions about the last two rounds fired,” saying he is not sure if they were “absolutely necessary or were there other options.”

The officers involved in the shooting have not been identified. Dyer said that is because of threats made toward them on social media. Dyer said one officer is a 20 year veteran of the department and the other has been a Fresno office for 17 years. 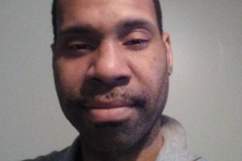