Father Jacques Hamel, an 86-year-old French priest recalled as a humble “man of faith,” was murdered – numerous sites said his throat was cut – during Mass in Saint-Etienne-du-Rouvray by men who claimed to be “ISIS soldiers,” according to The BBC. One of the terrorists was on unsupervised release while wearing an ankle monitoring bracelet for a previous terrorism charge, said France 24.

The BBC said the church is located in northern France in the Normandy suburb of Rouen, the historic city where Joan of Arc was tried. The murder of the French priest by ISIS adherents comes as France recovers from the terrorist attack at Bastille Day celebrations in Nice, where more than 80 people were killed when Mohamed Bouhlel rammed his truck into the crowd.

The Wall Street Journal says police are investigating Adel Kermiche as the deceased terrorist who was on electronic monitoring. 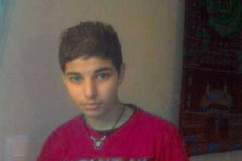 The priest’s murder also comes after a terrorist attack in Germany in which the attacker pledged allegiance to ISIS’ leader and the Munich mall and McDonald’s shooting, although the latter attack may not have had political motivation. And it comes as an Islamic fundamentalist group claims responsibility for an explosion in Mogadishu, Somalia that killed Peacekeepers.

French President Francois Hollande said in a live news conference that there was unprecedented police presence in France.

“Restricting our liberties… would weaken the precious cohesion of our nation,” he said. “Our country must avoid exaggeration and polemics and confusion and suspicion. Our country is at war…” He pledged to eradicate criminal networks at home. “This war will be a long one. What is being attacked is our Democracy. That is the target. It will be our shield. It is our unity that will give us strength. The war against hatred and fanaticism… we will win. …Long live France.”

1. The Attackers Said an Arabic ‘Sermon’ at the Altar & Hamel Was Remembered as a Modest ‘Good Priest’

The attackers – including Adel Kermiche, 19, and an unidentified teenager – took four other people hostage along with the priest. Two of the hostages were nuns and two were parishioners, The Guardian said. One hostage was in critical condition.

The Guardian said that people remembered Hamel as “modest” and “devoted.” The Guardian said the priest was born in Seine-Maritime, France, in 1930 and was ordained in 1958. “Hamel spent most of his working life in north-west France, including more than 30 years at St-Étienne,” said The Guardian. The Guardian cited French channel BFMTV as quoting a nun named Sister Danielle as saying: “They were busy with their knives. They were filming themselves preaching in Arabic in front of the altar. It was a horror. Jacques was an extraordinary priest. He was a great man, Father Jacques.” She escaped the attack.

According to France 24, parishioners recalled the French priest as a “warm, simple” man who lived “modestly.” He was also described as a “man of faith” who was “very quiet and didn’t like to draw attention to himself,” and wanted to remain in the church’s service, France 24 quoted parishioners as saying. France 24 said the Islamic State mentioned The Crusades when claiming credit for the murder.

The Associated Press quoted the nun who witnessed the attack as saying the terrorists took video and “did a sort of sermon around the altar, in Arabic. It’s a horror.” A photographer who shot a wedding that Hamel recently officiated at described him on Facebook as “A simple man, humble and very nice.”

2. The Terrorists Slit The Priest’s Throat With a Knife & He Was Forced to Kneel

The BBC and Reuters said the priest’s throat was slit. Police shot the terrorists to death, Reuters said. A 16-year-old Algerian-born boy has been taken into custody, said France 24.

The priest retired at 75 but came back to say Mass anyway, The Guardian says, quoting the president of the regional council as saying of him: “This man was a good man.” Sister Danielle told the Associated Press that the terrorists “forced him to his knees. He wanted to defend himself. And that’s when the tragedy happened.”

The Irish Times says Sister Danielle’s account was first made to French radio station RMC. The nun escaped when the terrorists took hostages during Mass, said The Irish Times.

3. The Terrorists Claimed They were Soldiers of ISIS & ISIS Supporters Celebrated The Priest’s Murder Online, Mentioning The Crusades

The Amaq news agency, which BBC says is the Islamic State’s news agency, said the armed men were “two IS soldiers” and French President Francois Hollande also said the terrorists said they were part of ISIS, BBC said.

Reuters said the Islamic State had “claimed” the attack.

4. One Terrorist Was On Electronic Monitoring For a Previous Terrorism Charge & One Terrorist Shouted ‘Allahu Akbar’ During the Attack, Reports Say

The Telegraph says the terrorists shouted “Daesh” before murdering the priest; The Sun, quoting French television station i-Tele, said one of them, later identified as Kermiche, was previously charged with terrorism and was living with his parents on an ankle bracelet but was allowed to be unsupervised during a four-hour period during which the attack occurred. French 24 television also said one of the terrorists had attempted to join ISIS and was on electronic monitoring.

French channel BFMTV says that Kermiche, who lived in the town where the church attack occurred, had tried to go to Syria twice in 2015. “He had been indicted for criminal association in relation with a terrorist enterprise and remanded in custody and released on electronic bracelet,” said the French station.

The Daily Mail says one of the attackers shouted ‘Allahu Akbar’ During the attack. According to The Sun, citing French TV news channel I-Tele, Kermiche lived near the church and traveled to Syria in 2015 in an attempt to join ISIS, but was arrested in Turkey.

The terrorists were killed by French police, according to the National Police.

Hollande called the murder a “dreadful terrorist attack” and said the terrorists had pledged allegiance to ISIS, according to Reuters.

5. The Archbishop Said the Only ‘Weapons’ The Church Has is Prayer & Followers Called Hamel a Martyr

Friends, I just heard about the martyrdom of Fr. Jacques Hamel. Please pray for the eternal rest of his soul. pic.twitter.com/a8CUmhWboP

The BBC said the Archbishop of Rouen, Dominique Lebrun, responded to the attack by saying: “I cry out to God with all men of goodwill. I would invite non-believers to join in the cry. The Catholic Church cannot take weapons other than those of prayer and brotherhood among men.”

“Everything will be done to protect our churches,” said Hollande, adding that France would strengthen security for the August pilgrimage to Lourdes, says BFMTV.

On Twitter, followers of the Christian Church were calling Hamel a martyr. An Italian politician is calling for the Pope to place Hamel on the track to become a Saint, says The Associated Press.

Loading more stories
wpDiscuz
9
0
Would love your thoughts, please comment.x
()
x
| Reply
Jacques Hamel, a French priest was taken hostage during Mass and murdered by ISIS attackers. One was on an ankle monitoring bracelet.