This will surely become one of the most iconic images of the 21st century #LeshiaEvans pic.twitter.com/mE3E5vh6Wd

Ieshia Evans, a 28-year-old mother from New York, is the stoic and strong woman featured in a Baton Rouge protest photo that many – especially on social media – are already hailing as iconic. The BBC calls it legendary. Others are comparing it to famous symbols of resistance.

In the photo, Evans stands defiantly, but silently, in a flowing black-and-white sundress and stares down two police officers wearing armor. The picture was taken in Baton Rouge, Louisiana, on Saturday, July 9, where Evans had joined a protest in the death of Alton Sterling, a Baton Rouge man who was shot to death by police officers outside a convenience store.

Sterling’s shooting was captured on cell phone video, and has led to protests throughout the nation; police say his death, along with that of Philando Castile in Minnesota, helped motivate the Dallas police shooter. The Baton Rouge protests were among many in American cities in the past week.

Social media has erupted in praise for Evans, and she’s quickly becoming a symbol of resistance; Evans is being called the representation of beauty and defiance on Twitter. People praise her “ethereal dignity” in the photo. They say “This stunning photo will live forever.”

Who is this young 28-year-old mother who has already become a symbol?

According to the UK Daily Mail, a friend of Evans’ named Natasha Haynes said the young mother had traveled to Baton Rouge to protest the shooting of Alton Sterling because she “wanted a better future for her five-year-old son.”

Haynes told the Daily Mail that Evans was “overcome with emotion” when she watched the protests on TV.

“She left her son behind with his father in New York and traveled to the protest site,” Daily Mail quoted Haynes as saying. On Facebook, she wrote, “It’s funny how ppl that never had but one convo want to claim me now ??? smh. Listen, I love the love but again… I just want to get home to my son! Then I’ll handle it.”

Evans’ Instagram profile, which she has privatized, says: “Not enough space in this bio for my awesomeness” with a pair of red lips. On Facebook, she’s posted photos of Martin Luther King Jr. and a crying Statue of Liberty. On her Facebook page, Evans says she is a “LPN and proud,” – licensed practical nurse.

Ieshia has since asked her friends on social media to not talk to the news media, writing, “To all of my friends and acquaintances please don’t do any interviews about me. If they want my story, I am here. I would like the opportunity to represent myself! Thank you. Peace, love, blk power! ‪#‎blacklivesmatter‬.”

2. She Was Arrested in the Protest & Spent Hours in Jail

According to the BBC, the photo was taken outside the headquarters of The Baton Rouge Police Department. Reuters said Evans had been detained, although at first the news service did not have her name, BBC said. On Sunday, a New York Daily News reporter wrote:

Just spoke to one of her best friends. She's still in jail after this arrest in Baton Rouge. A mother to a 5 y/o son pic.twitter.com/hxDIjoDh6p

Evans was arrested by police when she refused to move off the highway, BBC said, quoting the Associated Press. It was Ieshia’s first protest, said Daily Mail, adding that she spent 24 hours in jail and said the arrest was “a little rough, as was processing, while in jail a kind officer made sure all of the demonstrators were treated well.” She was held overnight and released Sunday, said Daily Mail.

On Facebook, she thanked people for the well wishes and wrote: “I just need you people to know. I appreciate the well wishes and love, but this is the work of God. I am a vessel! Glory to the most high! I’m glad I’m alive and safe. And that there were no casualties that I have witnessed first hand.”

Her mugshot was taken after the arrest:

Evans was arrested in the same protest as DeRay Mckesson, whom The New York Times calls “one of the best known voices for the Black Lives Matter movement.” The Times says Mckesson spent 16 hours in jail in Baton Rouge before he was released on Sunday.

She wrote on Facebook that she was trying to help another protester but didn’t provide many details: “FB help me find Nicole Smith I call the prison and no info she’s a protester and I want to help her get out if she’s not already she’s an angel!!!!!!”

3. A Photographer From New Orleans Took the Picture of Evans

The protest that Ieshia joined was one of many Black Lives Matter protests that have erupted throughout the nation. (Facebook/Ieshia Evans)

The BBC says the photo was snapped by “Jonathan Bachman, a New Orleans-based photographer who has been working for Reuters in the past few days.” The photo started to go viral when it was shared by Shaun King, a New York Daily News reporter, on Facebook.

Bachman’s website says he is a New Orleans based freelance photographer who specializes in “sports, news, event, portrait, and entertainment photography.” He has photographed major events, including Hurricane Isaac and the Super Bowl. He provides images for Reuters, Getty Images and the Associated Press.

one person in this photo is not afraid. #BlackLivesMatter. photo by max becherer in #BatonRouge. pic.twitter.com/HNQbap7BE3

Another photographer captured the same scene from a slightly different angle (see above photo). The BBC says the second angle was taken by Associated Press photographer Max Becherer.

The Atlantic interviewed Bachman before Evans was identified as the woman in the photograph. He described the scene, saying, “It happened quickly, but I could tell that she wasn’t going to move, and it seemed like she was making her stand. To me it seemed like: You’re going to have to come and get me….It wasn’t very violent. She didn’t say anything. She didn’t resist, and the police didn’t drag her off.”

4. The Photo Is Being Compared to Iconic Photos of Resistance

On Twitter, they’re comparing the photo to Kent State. The Atlantic wrote: “There are images that are impossible to forget, searing themselves into our collective consciousness. One man staring down a column of tanks in Tiananmen Square. A high school student attacked by police dogs in Birmingham, Alabama. This is such a photo. Once seen, it cannot be unseen.”

“She floats. Shines. She is Serenity,” said one Twitter admirer. An Instagram admirer wrote that she was a queen.

Even when you're not wearing your crowns….WE still stand up for you. Kings…..can you do the same? Can you acknowledge this woman #leshiaevans ? Can you make sure we're supportive of each other now? She's not the only one that has done this over the years. This photo will be iconic. She didn't resist. She IS the resistance. @sincereshow I know you would appreciate this image. ✊

CNN said, “The symbolism of a single person’s nonviolence resistance against a large, heavily armed opposition is reminiscent of a handful of other famous photographs, including Marc Riboud’s shot of a Vietnam war protester holding a flower in front of armed police.”

@TIME when you put that photo on the front cover, her name is #LeshiaEvans. #sayhername pic.twitter.com/jONC1FVGhy

On social media, many people wrote that Ieshia Evans had become an iconic symbol of the protest movement. Some just wrote that they had a “crush” on her.

She is beauty. She is defiance. She is what it means to be unapologetically black. #LeshiaEvans pic.twitter.com/Voe7xbUtJZ

Has the bond been set for #LeshiaEvans? She's a mother right? Is anyone raising money for her?

(disclaimer: I totally have a crush)

Look at the power and poise in that #LeshiaEvans photo.

@tyriquex I think it's the almost etherial dignity myself, & the fact the cops look like orcs arresting an elf or something #LeshiaEvans

5. More Than 100 People Were Arrested in the Protest & Police Blamed ‘Out-of-Towners’ 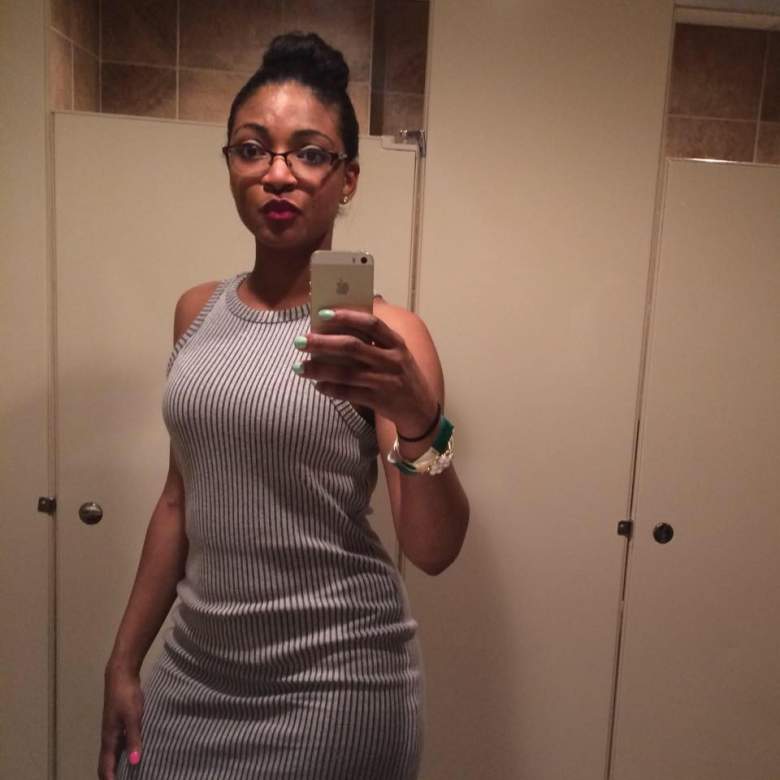 The Advocate newspaper says that Baton Rouge police “are saying out-of-town protestors are causing some demonstrations here to become more violent.” The Advocate reported that eight guns were seized and “an officer had his teeth knocked out.”

The Advocate quoted police in saying that 102 people were arrested and booked in connection with the protests, mostly for obstructing the highway.