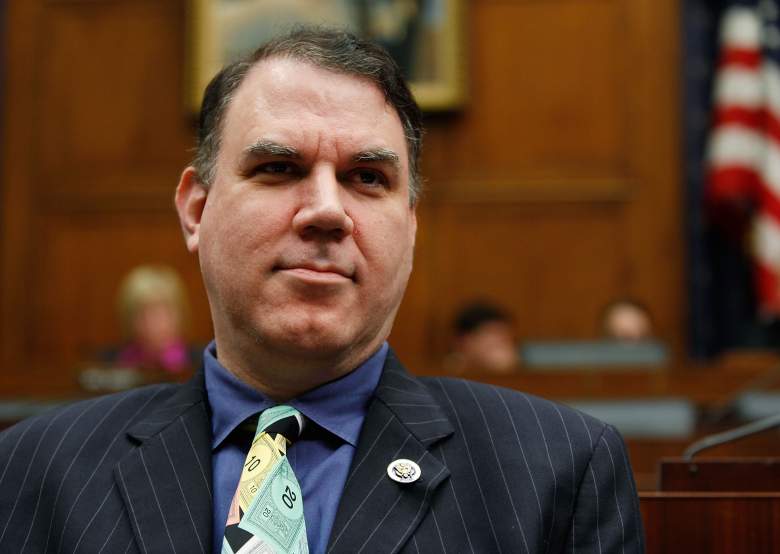 Rep. Alan Grayson made headlines on Tuesday after a video surfaced of him threatening to report a journalist to the Capitol Police and accusing him of “getting in his face” and pushing him.

The reporter, Edward-Isaac Dovere works for Politico– the same publication that recently released a detailed account of his ex-wife’s domestic abuse allegations.

The article provides an in-depth look at Lolita Grayson’s accounts of domestic abuse and her first public comments on the allegations.

The allegations come as Grayson, challenger to Sen. Marco Rubio, contends with Rep. Patrick Murphy in the final weeks of the Democratic primary for the Senate nomination in Florida.

Here’s what you need to know about Lolita Grayson:

1. She Has Accused Grayson of Physical Abuse Spanning a Two-Decade Period 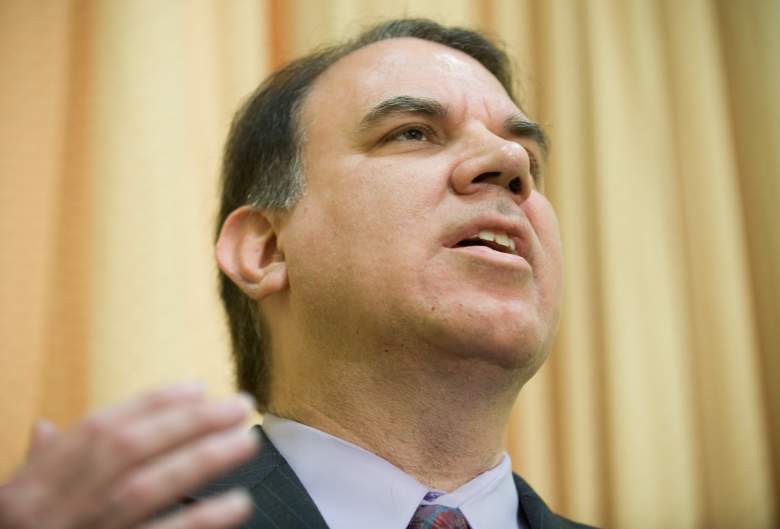 In an email to Politico, Lolita Grayson said she was sharing her story in order to reveal Alan Grayson’s true character. (Getty)

Rep. Alan Grayson’s ex-wife has accused him of physically abusing her on multiple occasions throughout the course of their 25-year-marriage, Politico reported Tuesday. She provided police reports documenting at least four incidents of alleged domestic abuse, both in Virginia and Florida.

Politico reports that Grayson had threatened to kill her, according to a police report from 2005.

The Politico article states that from 1994 to 2014, Grayson called the police on her husband at least four times, and sought medical attention on at least two occasions.

“I want the people to know my story so they know what kind of man Alan Grayson really is,” she told Politico in her first public comments on the issue.

2. Grayson Has Denied His Ex-Wife’s Accusations 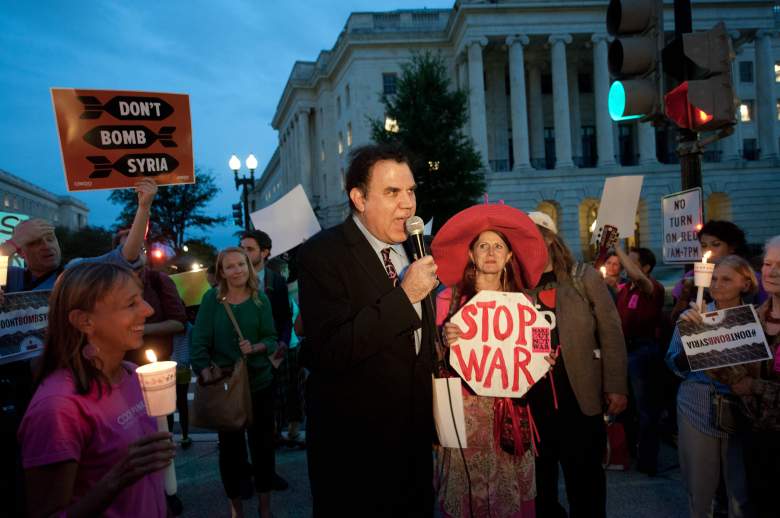 Alan Grayson has claimed he was the victim of battering by Lolita Grayson in 2014. (Getty)

Alan Grayson has strongly denied his ex-wife’s accusations, and Politico reports that he claims he was the victim of battering by her in 2014.

Grayson has also asserted Lolita struck him several times and set one of their cars on fire in 1993, according to Politico.

As for Lolita’s allegations, through a statement given to Politico by Grayson’s lawyer, Mark NeJame, he has denied abuse of Lolita Grayson.

“Lolita is a disturbed woman. She has made one false allegation after another. Her own daughter refutes her,” said NeJame, referring to a statement from Skye Grayson, the couple’s oldest child.

“There never has been a witness or any proof whatsoever of her claims. The claims have been so ridiculous that not one time has there even been enough probable cause to bring a charge or an arrest against Alan Grayson.”

3. Their Daughter, Skye Has Said Her Father Did Nothing Wrong 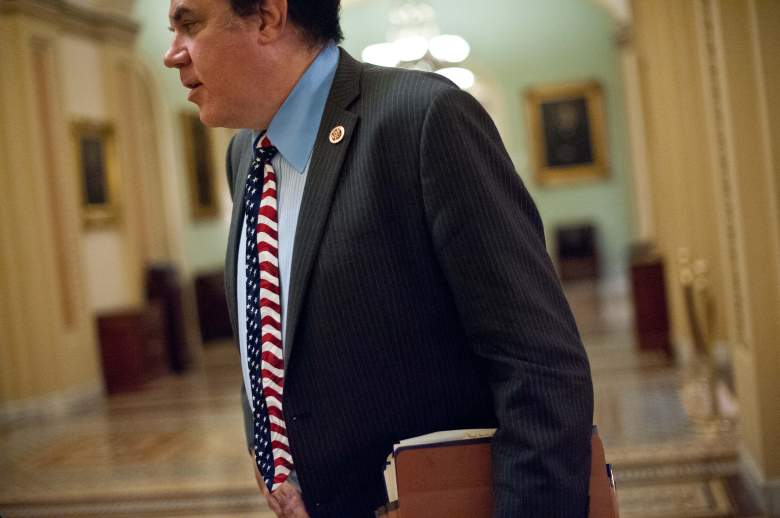 Alan Grayson was first elected to Congress in 2008. (Getty)

Skye Grayson, 21, told Politico that her father did nothing wrong throughout the marriage. According to the article, she and her siblings do not want to be “pawns in a game of power.”

“My mother has always struggled with emotional issues,” she told the publication. “She physically lashed out at me, my siblings and our father, and then blamed us for it, victimizing us. This resulted in a considerably troubled childhood home.”

Lolita Grayson accused Skye of assaulting her in a 2013 call to police, according to Politico, however no arrests were made.

Lolita and Alan have five children together: Skye, Sage, Stone, Star, and Storm.

4. Lolita Is Appealing Their Annulment

Grayson filed court documents in 2014 asking that their marriage be annulled. He claimed she was secretly married to another man at the time of their marriage in 1990.

The documents, filed in 9th Circuit Court in Orange County, Fla., refer to the couple’s union as “a bigamous marriage.”

“Unbeknownst to Mr. Grayson, Ms. Grayson was married and remained married to another man …up to and after the parties conducted an apparent marriage ceremony on April 28, 1990.”

As Politico reported, the Graysons’ marriage was annulled last year after a judge found that Lolita had not divorced her previous husband, Robert Carson when she married Grayson.

The article states that Florida records show the Carsons divorced in 1994, which would have been four years after she married Grayson.

“It would be our position that since the marriage is an annulment there are no such things as marital assets,” NeJame told the Orlando Sentinel in 2015. “It’s extremely important because there are substantial assets that are involved.”

At the time of the annulment, the paper stated that Grayson had a reported $30 million in assets. Lolita is appealing the annulment, according to Politico.

On a photo posted to Facebook on the morning of May 30, Minning announced the news of their marriage, saying: “My handsome, brilliant, and amazing husband, Alan Grayson!!”

Dena is running for his seat in the House as he runs for the Senate.

5. In the Past, Lolita Declined to Press Charges Against Grayson

Lolita Grayson has declined offers by police to either remove her from her home or press charges against her husband, according to Politico.

The most recent incident occurred in 2014, three months after Lolita Grayson had filed for divorce, according to Politico.

Lolita Grayson claimed her husband shoved her, leading her to fight back in an effort to defend herself, according to the police report provided to Politico. Although the police report documented bruises on her back, statements by one of Grayson’s staffers and the couple’s eldest daughter, Skye contradict Lolita’s account.

Progressive Change Campaign Committee and Democracy for America issued a joint statement withdrawing their endorsement of Grayson for Senate on Tuesday, just hours after Politico published the story on Lolita’s accusations.

The statement cited “today’s revelations of years of police reports about allegations of domestic abuse.”

“Unfortunately, this deeply disappointing revelation means progressives have no great options in the Florida race for Senate,” the statement read. 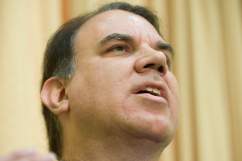 Loading more stories
wpDiscuz
0
0
Would love your thoughts, please comment.x
()
x
| Reply
Rep. Alan Grayson's ex-wife, Lolita Grayson has accused him of domestic abuse, and given her first public comments on the allegations to Politico.