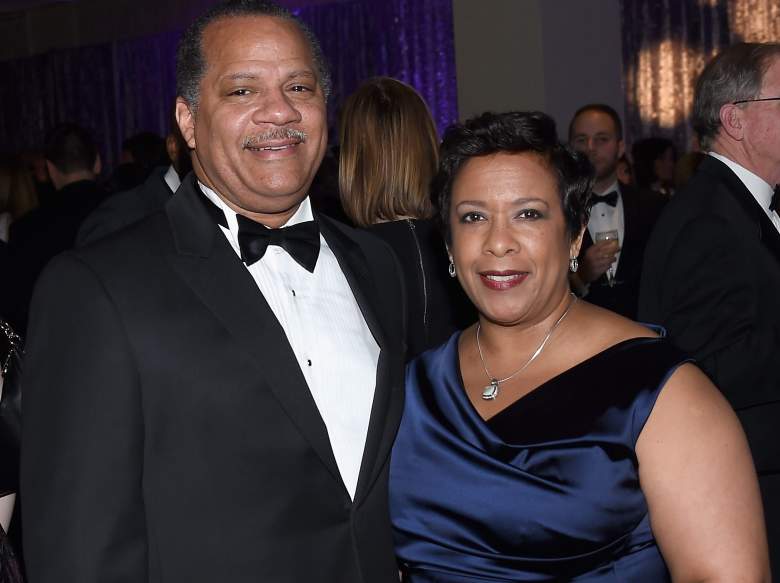 Attorney General Loretta Lynch is being criticized this week for holding a private meeting with Bill Clinton, which many took issue with considering Lynch’s involvement with the investigation into Hillary Clinton’s private email server. Lynch has since said she understands how this might look bad and that she “certainly wouldn’t do it again.”

Loretta Lynch and Bill Clinton have known each other for quite a while, as the former president nominated her as the U.S. Attorney for the Eastern District of New York in 1999. Lynch would go on to become the U.S. Attorney General in 2014, nominated by President Barack Obama.

Lynch has been married to her husband Stephen Hargrove for 9 years, and she has two stepchildren, aged 21 and 22.

Here’s everything you need to know about Stephen Hargrove, Loretta Lynch’s husband.

1. He Is a Former Showtime Employee 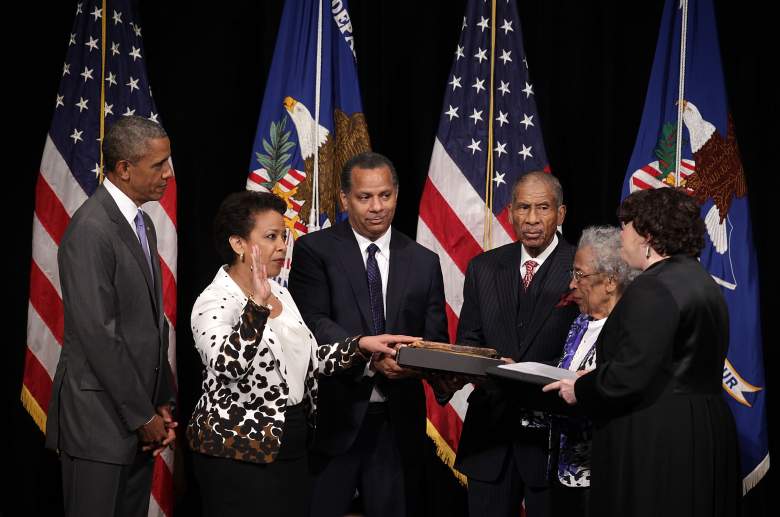 Stephen Hargrove joins his wife Loretta Lynch as she participates in a formal investiture ceremony. (Getty)

Although Loretta Lynch has built a career for herself in law, her husband took a very different path, instead pursuing work in television broadcasting.

According to Vogue, Stephen Hargrove is a former on-air technician for Showtime, the network which broadcasts TV series like Homeland, Dexter, House of Lies and Penny Dreadful.

The job of an on-air technician typically involves overseeing the technical aspect of a network’s broadcast and ensuring both picture and audio quality is optimal.

2. He Has Two Children From a Previous Marriage 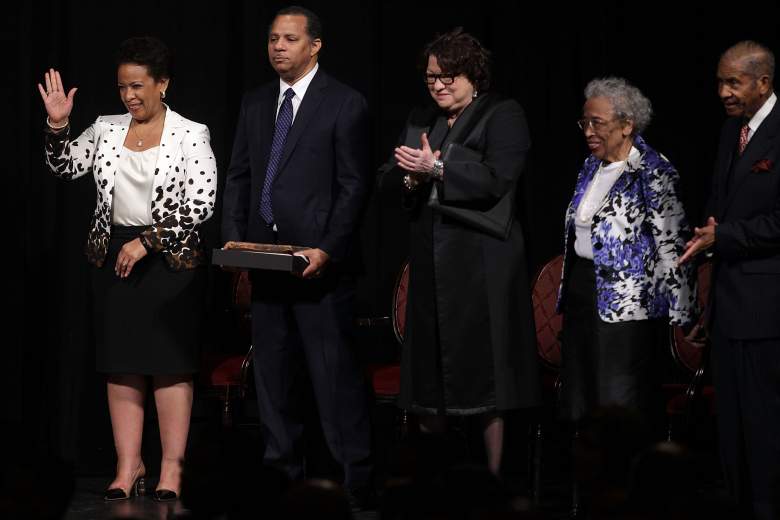 Loretta Lynch and Stephen Hargrove did not have kids together after marrying in 2007, but Hargrove has two children from a previous marriage.

These two stepchildren are 21 and 22 years old, and Lynch says she loves being with them, although she knows that she can’t ask them to devote too much of their time to her.

“They’re at the point where they sometimes question why they should spend time with anyone over the age of 40,” she joked in an interview with Vogue.

3. He and Loretta Met at a Police Event 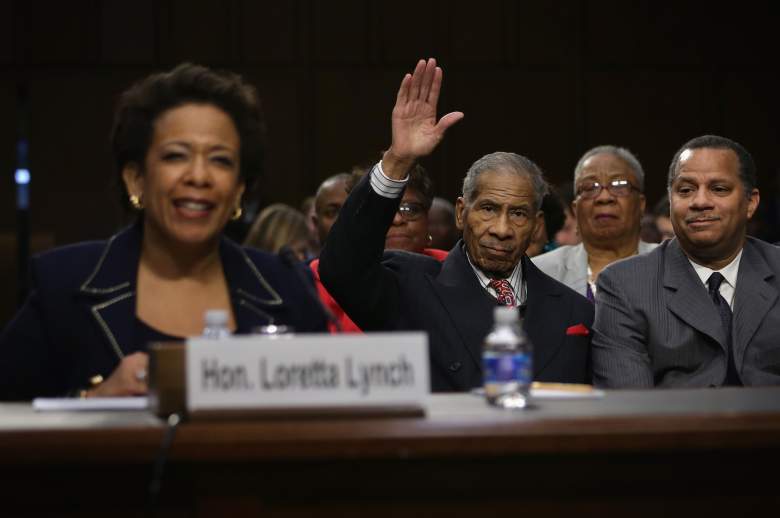 You might wonder how a federal prosecutor and an on-air television technician would ever cross paths. Well, as is often the case in life, it all came down to a mutual friend.

Lynch and Hargrove met in New York, where they were both attended a police event for their mutual friend who had just received a promotion on the force.

The two soon fell in love, and they were married in 2007. Their wedding was on the Caribbean island of St. Thomas, and they spent their honeymoon swimming with sharks in Bora Bora.

4. When His Daughter Was Taken Into Police Custody, He Ensured She Was Not Given Special Treatment 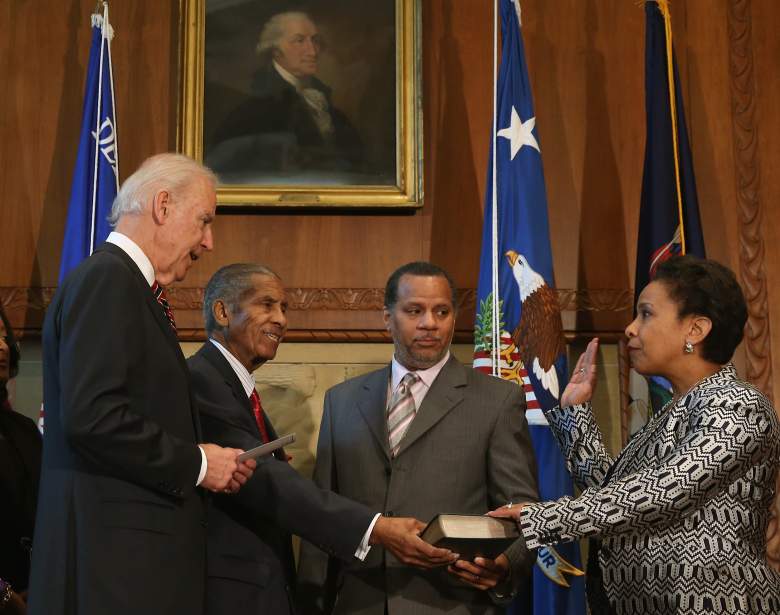 Stephen Hargrove joins his wife as she is sworn in by Vice President Joe Biden. (Getty)

It’s evidently important to Hargrove that his two children not be treated differently just because their stepmother is the Attorney General of the United States.

Case in point: earlier this year, Kia Absalom, Hargrove’s daughter, was taken into custody after not paying a cab driver, according to the New York Daily News. There was apparently some confusion because Absalom thought she had paid for the cab through the app UberT, and when asked for money, she did not have any cash on her. The cab driver drove her to the police station and said that his customer was refusing to pay for the ride.

Absalom was placed in a cell briefly before her boyfriend came to the station, paid the fair, and police voided the arrest. She was not even formerly processed, but Hargrove later went down to the station to make sure the situation was handled properly and that nobody had given her special treatment. The Daily News reports that he went as far as to ensure that Absalom’s shoelaces were removed when she was put in the cell.

Absalom herself apparently didn’t want special treatment either, as she reportedly made no mention of her relationship to Loretta Lynch during the ordeal.

5. He Was Present During the Meeting With Bill Clinton 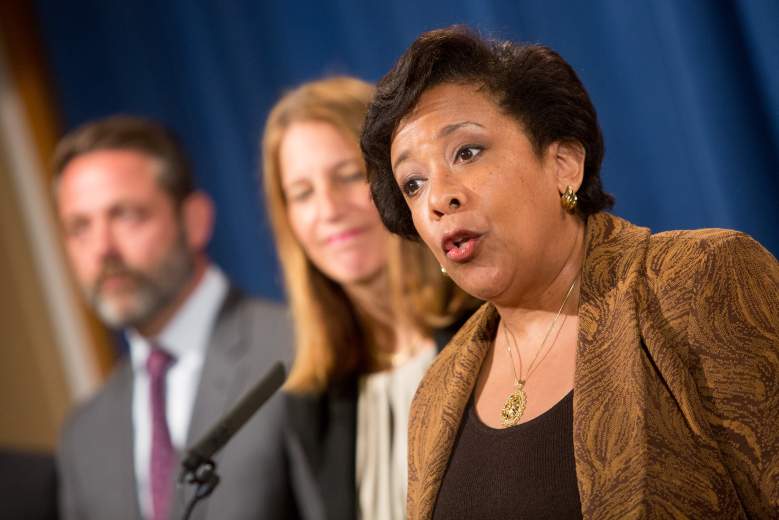 Loretta Lynch was criticized by both Republicans and Democrats when she held a private meeting with Bill Clinton this week; due to her role in the ongoing Hillary Clinton email investigation, many questioned her secretly speaking to Clinton’s husband in this fashion.

Stephen Hargrove, as it turns out, was present for that exchange; Stephen had been with his wife on a recent trip, and the two had just landed when Bill Clinton noticed their plane and decided to go over and say hello, according to the Los Angeles Times. Lynch told reporters that their conversation was only concerning Clinton’s new grandchildren and that they did not discuss the Clinton email case.

However, Lynch acknowledged that this may have been a mistake and said that she would accept whatever decisions the FBI makes, according to The New York Times.

“People have a whole host of reasons and questions about how we in government do our business,” Lynch said. “I understand that my meeting on the plane with former President Clinton could give them another reason to have questions and concerns.”