Michael Smith is one of five police officers who police said was killed by gunman Micah Johnson on Thursday during a Black Lives Matter demonstration in Dallas. (Twitter)

1. He Had Been a Dallas Police Officer for More Than 20 Years 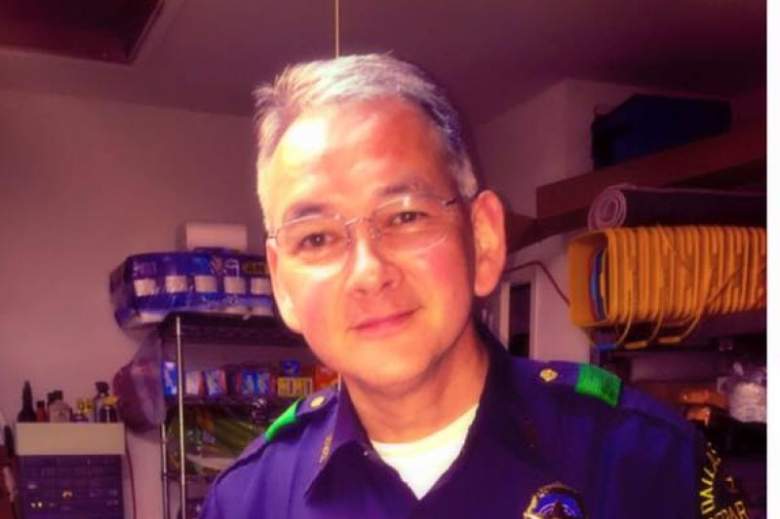 Although several news outlets are reporting conflicting information about how long Smith had been a police officer in Dallas — The Washington Post says 25 years, NBC affiliate KPRC says 26 years, and NBC Philadelphia says 28 years — there’s no dispute that Smith had been on the force for more than two decades.

Smith, 55, grew up in Port Arthur and graduated from Thomas Jefferson High School, according to CNN affiliate KFDM.

ABC affiliate WFAA reported that Smith’s brother-in-law said Smith served as an Army Ranger and went on to attend the Lamar Institute of Technology.

According to the Post, Smith worked as a uniformed security officer at Watermark Community Church, greeting families and seeing them off to their Sunday programs.

Dallas Police Officer Michael Smith was a husband and father. (Go Fund Me)

According to The Washington Post, Smith had a wife, Heidi, and two daughters, ages 14 and 10.

NBC News reported that Smith’s wife is a teacher at Mary Immaculate Catholic School, which was having a prayer gathering for the Smith family and for Dallas on Friday night.

“I’m asking all of us to pull together in prayer and support for the Smith family, as well as the other officers’ families who were killed along with Mike,” the news service quoted Forge as saying. “Together with the church and school administration and staff, please pray for them, allow them some privacy, and support them and all of our … families who are grieving this tragic situation.”

3. A Go Fund Me Page Has Been Set Up For Smith’s Family

A Go Fund Me page has been set up for the family that Dallas Police Officer Michael Smith leaves behind. (Go Fund Me)

In order to honor Smith and help his family, a Go Fund Me page was set up Friday by Barbara Lynn Greb Durkee of Carrollton, Texas. More than 800 people raised nearly $60,000 in seven hours.

The explanation of the page reads in part:

This page is being established by friends of the family to help pay for funeral expenses as well as start a fund for whatever the family may need to get through the coming years.

Please give to help protect this family as Officer Smith did for the City of Dallas. Any amount is appreciated. All of the Smith’s family, friends and acquaintances are devastated and are trying to figure out how to help the family navigate through these times. Please help us provide a cushion to the blow of losing their loved one.

4. Members of Smith’s Church and Community Are Sharing Stories About Him

Todd Wagner, whom The Washington Post identified as Smith’s pastor at Watermark Church, posted a photo on Twitter with the caption: “My friend. Heidi’s husband. Victoria & Caroline’s Daddy. Jesus’ redeemed. Thank you for serving us all Mike.
#Dallas”

“I am thankful for him and how he served our church with joy and made us feel protected and cared for,” wrote Katrina McCarl Saugier on Smith’s Go Fund Me page.

The Washington Post reported that Bob Crotty, a member of Watermark, said: “He was a guy who really cared about other people. As a result other people loved him, too. It breaks your heart.”

Wes Butler, children’s pastor at Watermark, tweeted the same photo as Wagner and said: “My friend, Mike Smith. Most Sunday’s he was an extension of the @WatermarkKids team. We are heart broken today.”

“I remember officer Smith coming over to Cargo to check on the donuts,” wrote Mindy Thornewell on Smith’s Go Fund Me page. “He would come in and I would put my hands in the air and offer to be arrested (to get some rest after my 3rd double). He’d always say all the beds were full over there. Such a kind face and such a kind man. He will definitely be missed. A great officer and a true gentleman.”

5. Smith Was Dedicated to His Job

4th Officer Identified of the #DallasShooting, Michael Smith, 55. recently had a talk about retirement, But Said No. pic.twitter.com/Q347NVGBvx

Smith’s brother-in-law told WFAA that Smith recently had a talk with him about retirement, but said Smith remained on the force for his fellow officers.

NBC News reported that former American Idol contestant Jason Castro, who said he attended Smith’s church, tweeted Friday: “Service was more than a job 4 him, it was a way of life. We need more Mike’s.”

An April 2009 Dallas police newsletter called The Shield recognized Smith as a “Cop’s Cop” for the month of February 2009. It stated that Smith had won several awards and “comes to work with a positive attitude and strives for excellence.” The article also noted that Smith approached “his duty with a ‘can do’ attitude” and that he “attacked each problem given to him to the best of his ability and then some.”

The newsletter also included this anecdote: 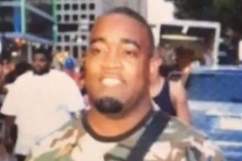