Mark Hughes was identified by Dallas Police Thursday as a suspect in the Dallas shooting in which five police officers were killed. He was later cleared. (Twitter)

Mark Hughes was initially identified as a suspect in the Thursday, July 7, shooting in Dallas that claimed the lives of five police officers and wounded seven others.

Before Dallas Police named Micah X. Johnson as the gunman, they released Hughes’ picture on social media Thursday night and asked for the public’s help in finding him. Hughes was ultimately released early Friday morning, and Johnson was killed by a police robot that detonated a bomb near him Friday following a standoff that lasted several hours.

Although Hughes has been cleared of any wrongdoing, he told reporters that accusations made by police would have lasting effects. Here’s what you need to know about him:

1. Dallas Police Identified Him on Twitter as a Suspect

This is one of our suspects. Please help us find him! pic.twitter.com/Na5T8ZxSz6

The gunfire began just before 9 p.m. while Black Lives Matter was having a peaceful rally in response to controversial police killings of black men Alton Sterling in Louisiana early Tuesday morning and Philando Castile in Minnesota on Wednesday.

At 8:52 p.m. Thursday, the Dallas Police Department tweeted a photo of Hughes at the rally wearing a camouflage T-shirt with a rifle over his shoulder. The caption: “This is one of our suspects. Please help us find him!” The image has since been removed.

Minutes later, in a live Periscope press conference, Dallas Police handed out the photo of Hughes, and Police Chief David Brown referred to Hughes as both “a person of interest” and a “suspect.”

“We wanted to show a person of interest, who witnesses at the scene say was involved in the shooting in some way,” Brown said in the video. “So, this is a person of interest. As you can see, they’re in camouflage and they have a rifle strap slung with a rifle butt sticking up, and we know that rifles were used to injure and kill Dallas officers… And so, if anyone knows or recognizes this picture, please immediately call 911. Do not approach this suspect. And we’ll bring him to justice.”

At 9:27 p.m., the department tweeted an update that read in part: “The person of interest whose picture has been circulated just turned himself in.”

On Friday at 7:24 a.m., Emily Black, a spokeswoman for the City of Dallas clarified on Twitter that Hughes was not a suspect or person of interest.

“This man cooperated, was interviewed& released,” she wrote. “He is not a suspect/person of interest. Thank you for help IDing him.”

This man cooperated, was interviewed& released. He is not a suspect/person of interest. Thank you for help IDing him https://t.co/M1lOkVH3fH

2. He Had a Right To Carry a Rifle at the Demonstration

Hughes turned his gun over to police after the shooting began so he would not be mistaken as a suspect (see above video), but he wasn’t breaking the law by carrying the weapon.

In Texas, carrying a long gun, like a rifle or shotgun, is legal, according to The Law Center to Prevent Gun Violence.

“In a majority of states,” the organization’s website notes, “it is legal for an individual to openly carry a loaded firearm in public without a permit.”

According to The Washington Post, one of Hughes’ attorneys explained that “Hughes is a staunch believer in Second Amendment rights” and that’s why he chose to carry the gun.

Michael Campbell Jr., one of Hughes’ attorneys explained to WFAA why Hughes surrendered his gun to police.

“Police officers are getting killed,” Campbell said. If I’m a black man with a gun in my hand, I don’t have too much longer. I mean, I think recent history has demonstrated that.”

Campbell also said that after a friend called Hughes and told him he was a suspect, Hughes immediately took off his shirt for his own safety.

3. His Brother Was One of the Organizers of the Thursday Demonstration 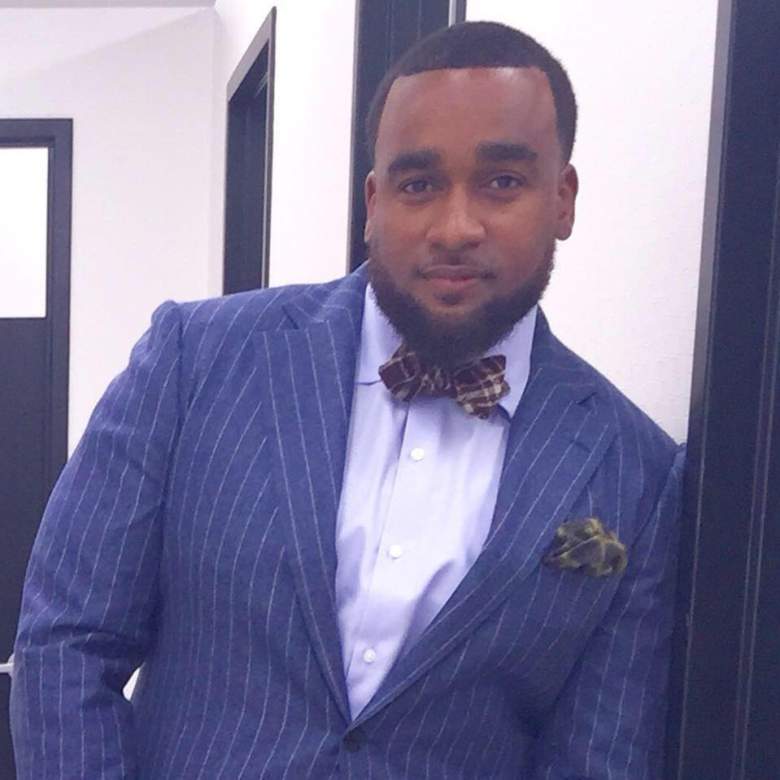 Corey Hughes is a Black Lives Matter organizer and the brother of Mark Hughes, who was labeled my police as a suspect in the Dallas shooting Thursday. (Facebook)

Mark Hughes’ brother, Corey Hughes, is a social activist and Black Lives Matter protest organizer, according to The Washington Post. On his Instagram, Corey Hughes said he planned to give a speech during the demonstration.

While Mark Hughes was being interrogated Corey Hughes created a live Facebook video from the police station.

“Please let the world know that we helped protest, but we had nothing to do with this foolishness,” he said.

In a second live Facebook video, Corey Hughes said police went through his phone, tested his hands, and wouldn’t let him leave the police station.

“You know what, I will say that I think it’s a tragedy in this country that a black man can operate within his Constitutional right of the Second Amendment to bear arms, and the moment something happens, they start plastering his face all over social media and all over the world like he’s a suspect,” he said in the second video.

“I’m trying to be strong right now for my family that I know is watching, but I’m crying on the inside,” Corey Hughes said, “because we simply came to be a voice to those who don’t have a voice. And we went from being a voice to being suspects and being villains.”

4. He & His Brother Said They Are Receiving Death Threats

If you are making Death Threats towards #MarkHughes and @CoryLHughes stop now!!! They are not the shooters #Dallas pic.twitter.com/n2jOEgVrA2

While The Kansas City Star noted that some people on Twitter were standing up for the brothers, Mark and Corey Hughes told CBS DFW about threats they had received.

“I just looked at my Facebook inbox; I got death threats,” Corey Hughes said. “Ya know, Twitter, people are talking about they want to kill us.”

The Washington Post reported that during a televised news conference early Friday, attorney Corwyn Davis said police were negligent in circulating the picture of Mark Hughes and doing so put both brothers’ lives at risk.

“They have received thousands of death threats already,” the Post quoted Davis as saying.

5. Hughes Said He Wouldn’t Be Satisfied With an Apology From Police

In the interview, he said he was interrogated for 30 minutes and that the system was trying to get him. He also said police hadn’t apologized.

“All I know at the end of the day is, is that, it was injustices going on, it was persecution on me unrightly, and I feel that they need to do something about that,” he said in the interview. “Apology — I’m not satisfied with an apology.”

Hughes’ attorneys told WFAA that the way Hughes was treated infringed on his rights.

“He’s down here protesting for justice,” Campbell said in the interview, “and in turn received injustice himself.”