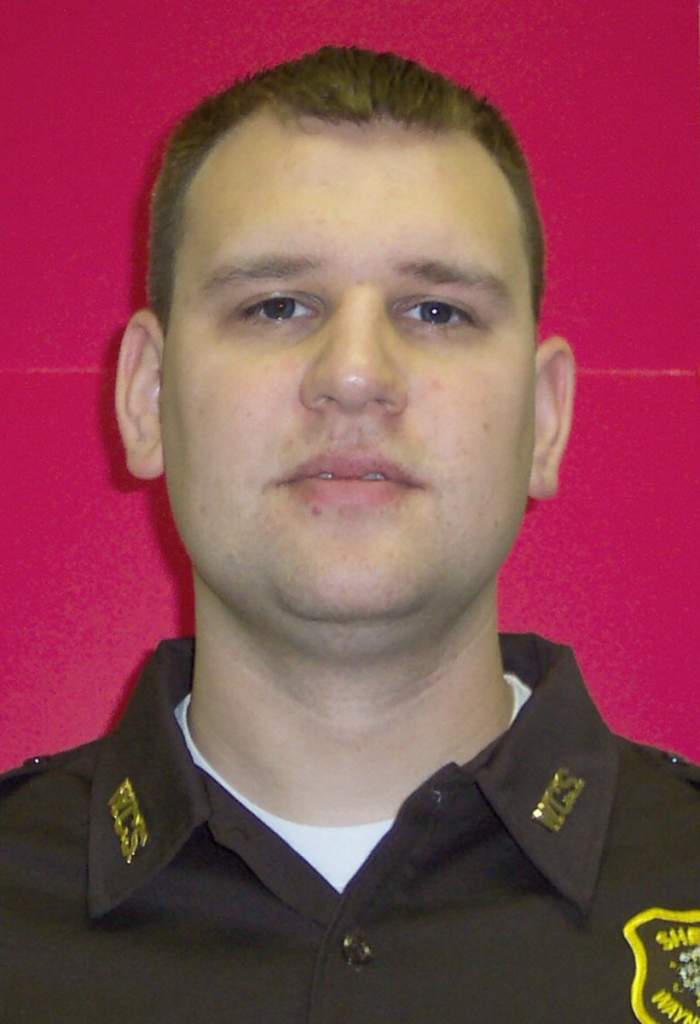 Fox4 reports that Krol, 40, was a Redford, Michigan native who previously worked for the Wayne County Sheriff’s Office.

Police are still not sure how many snipers were involved in the attack, which began around 9 p.m. One suspect has been identified as Micah X. Johnson. Dallas Police Chief David Brown said in a press conference that Johnson told police he “was upset with white people and wanted to kill white people, especially white officers.”

Here’s what we know so far about Krol and the shooting. This post will be updated as more information becomes available.

1. Krol Always Wanted to Be a Police Officer 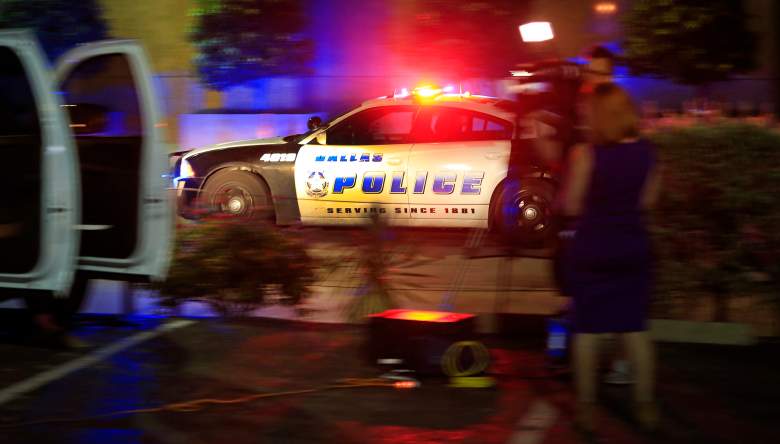 Five police officers were killed Thursday night by snipers during a protest of the police shootings of black men in Louisiana and Minnesota this week. (Getty)

Krol’s brother-in-law, Brian Schoenbechler, told People Magazine that Krol was a “selfless guy” who always wanted to be a police officer working on the street.

“I want people to know he wasn’t just a cop, but a man with a family and people who loved him,” Schoenbechler said.

“It’s just not real for us,” Schoenbaechler told People. “He had a big extended family in the Detroit area and they are all coming through, bringing food, hugs and love.”

Jim Ehlke, Krol’s uncle, told ClickOnDetroit that his nephew always dreamed of becoming a police officer. “He was all in, he was all in,” Ehlke said.

2. The Rally Was Peaceful & Organized With Police Assistance

The rally was organized by Black Lives Matter in reaction to the shooting deaths of Alton Sterling in Baton Rouge, Louisiana and Philando Castile outside St. Paul, Minnesota. Both men were allegedly killed by police officers and video of both incidences went viral on social media.

The rally was organized with police cooperation. In fact, prior to the shooting, Dallas Police shared photos and video of the rally. One image even shows a demonstrator holding a sign that reads “No Justice No Peace” with two police officers smiling beside him.

Police have not found evidence to tie the shooting to the rally’s organizers.

“Police officers are guardians of this great democracy, the freedom to protest, the freedom of speech, the freedom of expression, all freedoms we fight for with our lives, it’s what makes us who we are as Americans,” Brown said during his press conference. “So we risk our lives for those rights, so we won’t militarize our policing standards, but we will do it in a much safer way every time.”

Front of the #march headed to main and field pic.twitter.com/f1EfiMB1vQ 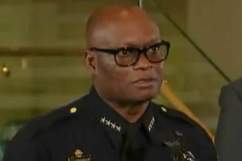 3. Suspect Was Killed in a Garage With a ‘Bomb Robot’

The Los Angeles Times reports that the shooting didn’t stop until 2:30 a.m. after police were in a standoff with a Johnson in a garage.

Brown said that Johnson was killed with an explosive device or ‘robot bomb.’

“We saw no other option but to use our bomb robot and place a device on its extension for it to detonate where the suspect was,” Brown explained. “Other options would have exposed our officers to grave danger. The suspect is deceased as a result of detonating the bomb.”

4. Two Civilians Were Injured in the Shooting 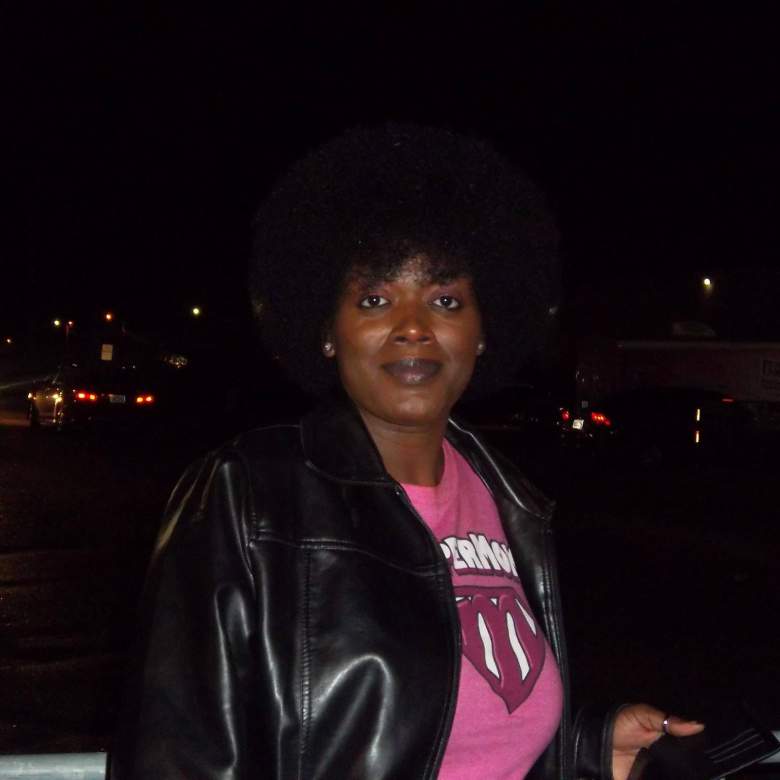 37-year-old Shetamia Taylor was shot in the leg in front of her children while at the Dallas protest. (Facebook)

There were two civilian injuries among the hundreds who gathered for the rally. Shetima Taylor, 37, was one of the victims at the rally and shot in the leg and is expected to survive.

Brent Thompson was the first DART police officer killed since the transit system began its own police force. The other four officers killed worked for the Dallas Police Department, including Krol. Although police did not initially identify all of the police victims, the family of Patrick Zamarripa confirmed that he was among the deceased. Michael Smith and Lorne Ahrens were the other two officers killed.

DART Officer Misty McBride was also injured, but is expected to survive.

In his press conference, Brown said that the officers who responded were “some of the bravest men and women you ever want to be associated with,” noting how there was video of officers running towards gunfire to help civilians.

Brown asked everyone to praise the men and women who serve and protect. “We don’t feel much support most days, let’s not make today most days. Please, we need your support to be able to protect you from men like these who carried out this tragic, tragic event. Pray for these families,” Brown said.

“We’re hurting. Our profession is hurting. There are no words to describe the atrocity that happened in our city,” Brown added. “All I know is that this must stop — this divisiveness between our police and our citizens.” 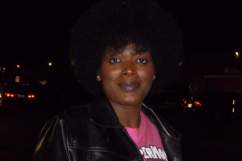 5. Krol Was a Nine-Year Veteran of the Department

Krol worked for the Wayne County Sheriff’s Office jail system from 2003 to 2007. He arrived in Dallas in 2007 and joined the Dallas Police Department.

We are saddened by the loss of the dedicated officers in Dallas-one of whom was a former member of this agency-and also the wounding of the other officers,” Sheriff Beny Napoleon said in a statement. “Those officers made the ultimate sacrifice and died honoring their oaths to protect and serve. Our thoughts and prayers go out to their families and also the Dallas Police Department.”

Redford Township Supervisor Tracey Schultz Kobylarz told The Detroit News that she did not know Krol, but she offered condolences to his family. “My heart goes out to his family, his friends and to all of his associates in law enforcement. We’re all grieving with them,” she said.

For more information on the other victims, click here: 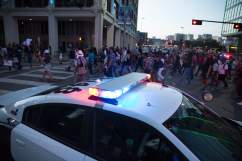