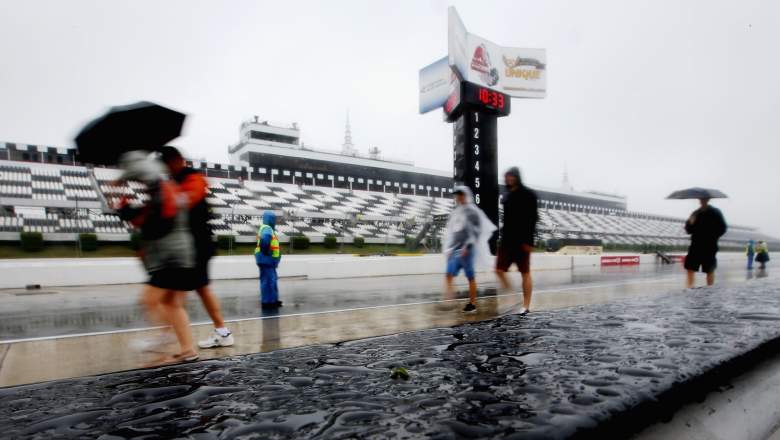 Rain postponed the Pennsylvania 400 at Pocono Raceway until Monday. (Getty)

Rain washed out Sunday’s Pennsylvania 400 from Pocono Raceway and NASCAR officials have rescheduled the race for Monday.

The race will begin at 11 a.m. Eastern, August 1, and will be televised by NBC Sports Network (NBCSN)

Martin Truex Jr. is on the pole and he’ll be joined in the front row by Carl Edwards.

As he did last week, Jeff Gordon is filling in for the injured Dale Earnhardt Jr. Gordon, driving the No. 88 Chevrolet, will start 24th.

Sunday’s race was supposed to begin at approximately 1:45 p.m. ET, but heavy rains Sunday delayed the start. Air Titan 2.0 trucks were brought in to dry the track when the sun began to emerge, but more rain followed a little more than a half hour later. NASCAR officials then decided to postpone the race until Monday.

Loading more stories
wpDiscuz
4
0
Would love your thoughts, please comment.x
()
x
| Reply
The NASCAR Pennsylvania 400 2016 was postponed due to rain. The race from Pocono will now be held Monday, August 1. Find out when here.