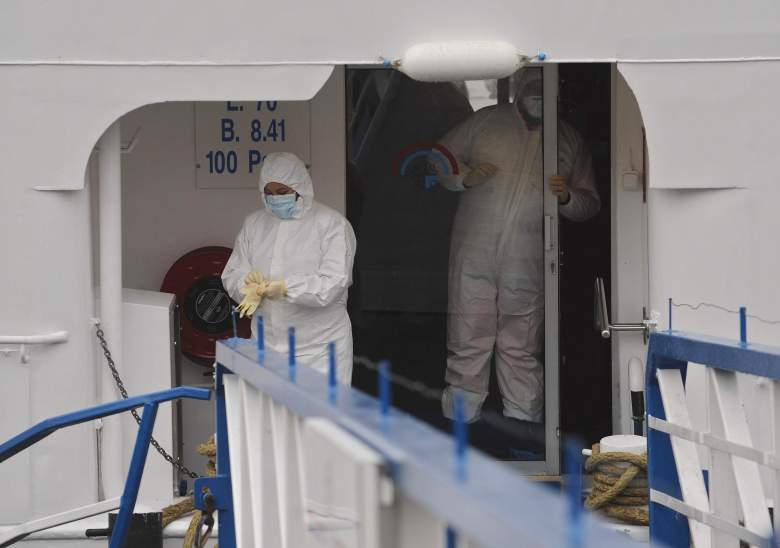 Men in protective clothes work on disinfecting the “Lady Anne” where the norovirus broke out on the Rhine River in 2008. Nearly a dozen GOP staffers at the 2016 convention have contracted the virus. (Getty)

Public health officials are saying nearly a dozen staffers at the 2016 Republican National Convention in Cleveland have contracted the Norovirus, a family of viruses that cause vomiting, diarrhea and stomach cramps.

The outbreak was confirmed by Erie County Health Commissioner Peter Schade, who said the advance team from the California delegation brought it to Ohio with them, according to Stat News.

When the norovirus isn’t making Republican staffers ill during a once-every-four-year get-together, or working its way through schools or nursing homes, it’s wreaking havoc on Chipotle.

Here’s what you need to know about the norovirus (even at the RNC):

1. Californians Brought the Norovirus to the National Convention 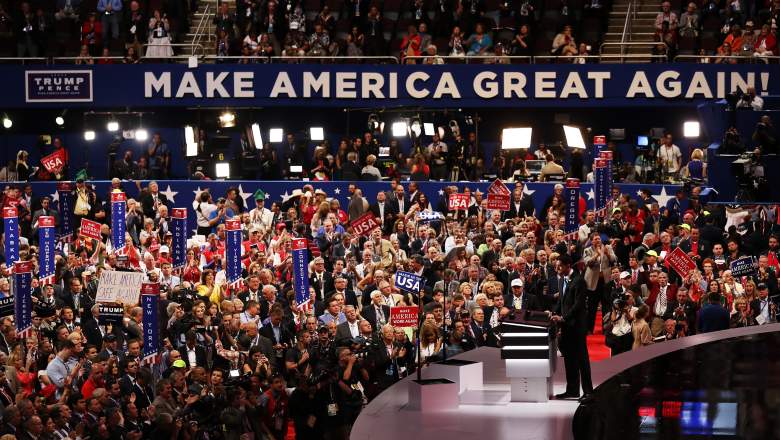 House Speaker Paul Ryan delivered a speech to the RNC on its second day. Some staffers have fallen ill with the norovirus. (Getty)

At first, there were only a handful of staffers suffering from the norovirus at the 2016 GOP convention — and it first appeared in people from California.

Stat News reported that “As many as 11 members of the California delegation’s advance team are showing symptoms that are consistent with the norovirus, according to Peter Schade, the Erie County health commissioner, who is investigating the outbreak. They are staying at a hotel in Sandusky, Ohio, about an hour from Cleveland.”

Jim Brulte, the California delegation chairman, told STAT in an email that the trouble started when one of the staff members who arrived ahead of the delegation came down with a virus and infected her husband, the website reports. Brulte told the Washington Post his delegation will continuing to attend the convention at Quicken Loans Arena, where the Californians sit next to the Maryland delegation.

“We’re asking, ‘What did you guys do? Did you do anything together before you came out?”’ Schade said, according to Stat.

But because the virus spreads quickly, health officials are warning that others might contract it.

2. No Delegates Have Reported Symptoms of Norovirus…Yet

Delegates yell for Donald Trump at the 2016 RNC. So far, none have reported feeling ill. (Getty)

The good news, so far, is that no delegates have reported feeling ill or have shown symptoms of norovirus infection, according to the Washington Post.

“Brulte said that, so far, no delegates or alternates have shown symptoms. He said his delegation will continuing to attend the convention at Quicken Loans Arena, where the Californians sit next to the Maryland delegation,” the Post reports. 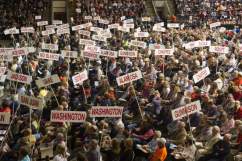 Could Republican Delegates Revolt Against Donald Trump? 5 Fast Facts You Need to Know

3. The Norovirus Spreads Easily in Cramped Quarters Like The Convention

The Center for Disease Control and Protection says the norovirus is “very contagious” in “closed places like daycare centers, nursing homes, schools, and cruise ships.”

Most norovirus outbreaks happen from November to April in the United States, the CDC explains. 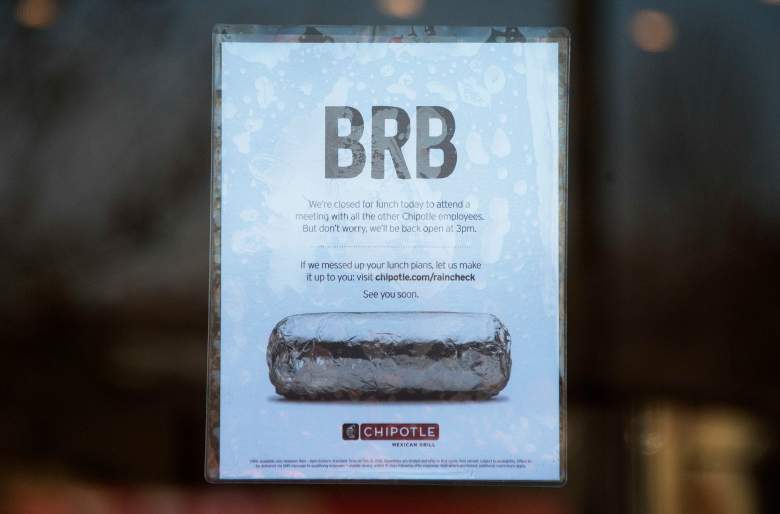 Chipotle locations have closed because of norovirus outbreaks. (Getty)

The CDC says norovirus is the leading cause of illness and outbreaks from contaminated food in the United States. “Most of these outbreaks occur in the food service settings like restaurants. Infected food workers are frequently the source of the outbreaks, often by touching ready-to-eat foods, such as raw fruits and vegetables, with their bare hands before serving them. However, any food served raw or handled after being cooked can get contaminated with norovirus.

Chipotle, the popular Mexican fast-food chain, which has also faced E. coli outbreaks, has not been exempt.

Norovirus outbreaks at Chipotle have sickened 243 in California and 143 in Boston, Stat News reported. A catered event in Seattle made 200 people ill after a catered event at a downtown Seattle office tower.

Norovirus even struck a NAACP conference in California. 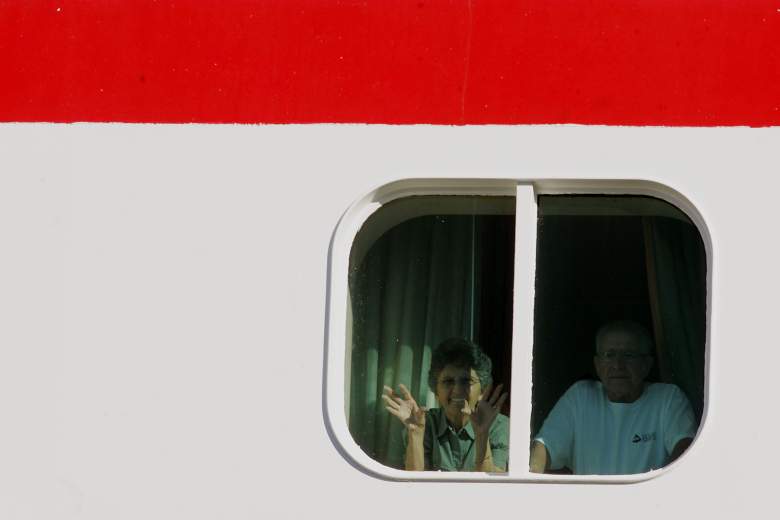 Passengers on the Carnival Liberty Cruise ship look out of the window. The ship saw more than 700 people contract the norovirus. (Getty)

Government officials say there are a few steps you can take to prevent the norovirus from spreading as easily: Wash your hands.

“Noroviruses can be found in your vomit or stool even before you start feeling sick,” according to the CDC. “The virus can stay in your stool for 2 weeks or more after you feel better. So, it is important to continue washing your hands often during this time.

“Alcohol-based hand sanitizers can be used in addition to hand washing. But, they should not be used as a substitute for washing with soap and water,” the government’s website reads.

It’s also important to wash produced and seafood before preparing or eating them.

“Be aware that noroviruses are relatively resistant. They can survive temperatures as high as 140°F and quick steaming processes that are often used for cooking shellfish,” the CDC states.