In the fatwa, the clerics call Pokemon Go “un-Islamic,” according to Cnet. The fatwa is technically number 21,758, said Cnet. The Pokemon Go mobile phone application is now the most popular mobile game ever in U.S. history. Al Jazeera reports that Pokemon Go is also becoming a phenomenon in the Middle East.

The fatwa “updates” one issued in 2001 against the earlier version of Pokemon, said USA Today. Pokemon Go is based on a 1996 game by Nintendo, said Yahoo. 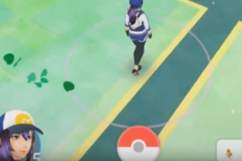 What’s a fatwa and why would Islamic scholars oppose Pokemon Go?

1. There Was a Previous Fatwa Against Pokemon in 2001 because of Symbols In The Game

The earlier Fatwa against Pokemon said it “encouraged blasphemy and gambling” and claimed that card symbols included “the star of David, triangles, and crosses” so “the cards are promoting Zionism, freemasonry, and Christianity,” said Gizmodo. The game is “haram,” which means it’s banned by Islam.

The UK Telegraph says the Pokemon Go game also contains “devious Masonic-like symbols and promotes ‘forbidden images,'” according to the clerics. Triangular and star-shaped symbols are of particular concern to the Islamic clerics, said UK Telegraph.

2. The Game Is Considered Gambling, Which is Banned in Islam

On Instagram, @fantastick17 shared this photo of the Dallas Arboretum. This is a great place to catch more Pokemon. (Instagram/fantastick17)

Islam bans gambling, says Arab News, and Pokemon is considered a form of it. According to UK Telegraph, the edict – or fatwa – “has reappeared in a ticker on the home page of the kingdom’s portal for official religious decrees.”

The religious edict also raises concerns that parents could lose money by playing the game and that they “are using the game to punish and reward children,” said UK Telegraph.

3. The Fatwa Claims the Game Is Problematic Because It Promotes Evolution

According to Cnet, the Saudi Arabian “Council of Scholars” is upset with Pokemon Go because Pokemon “evolve.” Cnet quotes the edict as saying, “The theory of evolution is a main element. One of the most important things that makes man condemn this game is adopting the theory of evolution developed by Darwin.”

Voice of America says characters “evolve” in the game by becoming “bigger and stronger.” Evolution has been rejected by religious clerics and is not taught in Saudi schools, said CNN.

The edict claims, according to Cnet, that: “This theory states that all species of organisms evolve and that the origin of man was an ape. Astonishingly, the children frequently use the word ‘evolution’ inside and outside the game. You can hear them saying that this creature contained in the card has evolved to another form.”

4. A Fatwa Is a ‘Finding of Islamic Law’ & Is Often Misunderstood As Meaning a Death Sentence

Pokemon and the Arabs: First banned by a fatwa, but now good to Go https://t.co/bMGDrkuGoO #PokemonGO pic.twitter.com/0SLDoSDSox

The fatwa is a ‘finding of Islamic law,” said Voice of America, adding that, “The General Secretariat of the Council of Senior Religious Scholars said Pokémon is not consistent with Islamic law.”

The Islamic Supreme Council of America says the media widely misuse the term “fatwa,” often stating that it refers to a death sentence. However, the council says “a fatwa is not by definition a pronouncement of death or a declaration of war.” Rather, said the council, “A fatwa is an Islamic legal pronouncement, issued by an expert in religious law (mufti), pertaining to a specific issue, usually at the request of an individual or judge to resolve an issue where Islamic jurisprudence (fiqh), is unclear.” The fatwa is usually issued to deal with new issues that emerge in society, “as technology and society advance,” said the council, adding that the fatwa is “optional.”

5. Pokemon Go Is Popular in The Middle East

USA Today says Pokemon Go has already found popularity in the Middle East. The religious council that issued the fatwa is considered “ultra conservative,” said UK Telegraph. In other countries with large Muslim populations, like Indonesia, people are downloading it unofficially, said The Wall Street Journal.

CNN says the game is not officially available in Saudia Arabia but players are figuring out how to download and play it anyway. The edict refers to Pokemon as “types of insects” and pointed out that it is a profit-making venture, CNN said

The religious clerics said they issued the edict because they received a lot of questions from the public about how it is perceived by Islam, said Yahoo.

Read More
Islam, Pokemon, pokemon go, Saudi Arabia
Saudi clerics have issued a fatwa banning Pokemon Go because of its "deviant" symbols and other problems. Here's what it means.