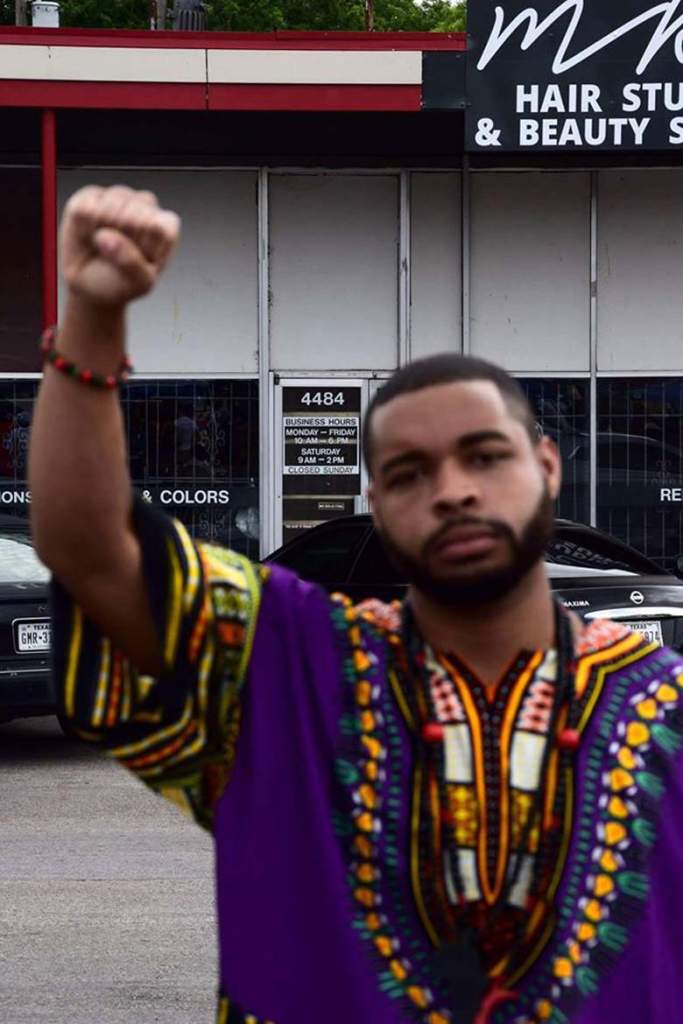 Dallas Police Chief David Brown says Dallas shooter Micah Johnson wrote the words “RB” in blood before he was killed by a police-detonated robot. What does it mean?

Police are trying to find out.

Brown said police are “trying to figure out what those initials mean, but we haven’t determined that yet,” according to KTLA. The Associated Press said that Johnson scrawled the initials on the walls of the parking garage where he was holed up in a standoff with police. He used his own blood from an injury to write out the initials in a stairwell in the car garage, said UK Telegraph.

Brown revealed on CNN that police found the initials. He told the network that police were trying to decipher the gunman’s cryptic final comment, according to The Sydney Morning Herald.

A flower memorial outside the Dallas Police Headquarters.
(Getty)

One theory, said the UK Telegraph, is that the initials stand for  “Righteous Blood,” a reference to Matthew 23:35 in the Bible, which says: “Upon you may come all the righteous blood shed on the earth.”

This passage is also given as: “And so upon you will come all the righteous blood that has been shed on earth, from the blood of righteous Abel to the blood of Zechariah son of Berekiah, whom you murdered between the temple and the altar.”

2. It refers to the Pan-African Flag 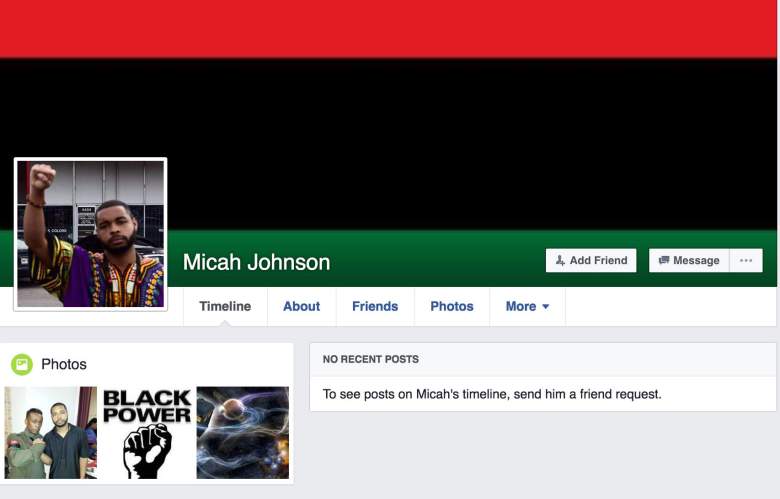 A second theory: Johnson meant to write “RBG.” The red, black, and green flag is also known as the Pan-African flag; a symbol of black power, it was displayed on Johnson’s Facebook page, UK Telegraph said. Or, perhaps, he just wanted to emphasize the first two letters.

According to Pan-African Alliance, the Pan-African flag was created in 1920 by a man furious with a racist song referring to blacks as “coons.”

The red means “The color of fire, aggression, and blood. Red represents the blood of our martyrs, the 100 Million men and women who have shed their blood and given their lives for the cause of liberty, unification, and redemption,” said the Pan-African Alliance. According to Atlanta Black Star, some interpretations say red represents “the blood that unites all people of Black African ancestry, and (sic) shed for liberation.”

The black? It stands for: “The color of the infinite, the mysterious, the unified, the definitive. The color of the most fertile of soil from which all life springs forth, and to which all life must return,” said the Pan-African Alliance. “Black represents the color of the Original people. It compels us to remember that we Black men and women are all unified as members of one family.”

The  green means “The color of fertility, productivity, and prosperity” and speaks of the unification of Africa, the Pan-African Alliance said.

me: so apparently the dallas shooter wrote "RB" in his own blood on a wall before he died. what could it mean?

On social media, amateur detectives set out to solve the mystery. Some of their answers were more serious than others. Reddit has an entire thread devoted to theories.

Among them: It stood for “robot bomb,” “rosebud,” the “initials of his CIA handler,” the initials of a woman shot by the police years ago, and “red blood.” (Rosebud is the dying word uttered mysteriously by the lead character in the iconic Hollywood film, Citizen Kane).

The Dallas shooter scribbled RB in his own blood, I've got an idea as to what that may stand for, what's your opinion? I think "Racial Bias"

the "RB" that the dallas shooter wrote in his own blood stands for "Arby's", a homophone for "RB's", in which the "RB" stands for roast beef

Or could it be the initials of a person Johnson wanted to send a message to or about, even an accomplice? The Dallas shooter also scrawled other markings, which police did not identify, said NBC41-Columbus. Some were illegible, said the UK Telegraph.

David Brown has served on the police force in Dallas, Texas for 36 years. (Twitter/David Brown)

“We’re convinced that this suspect had other plans and thought that what he was doing was righteous and believed that he was going to target law enforcement — make us pay for what he sees as law enforcement’s efforts to punish people of color,” Brown said, speaking to Jake Tapper on CNN.

During negotiations, Johnson also laughed at police, sang songs, and taunted them, asking how many he had killed, Brown said, according to the UK Telegraph.

The cryptic letters aren’t the only writings Johnson left behind. According to The Dallas Morning News, the Army veteran also left behind a manifesto/journal in which he “detailed tactical movements,” including one called ‘shoot and move,’ designed to confuse police. That’s why police initially thought there was more than one shooter triangulating police, said the newspaper.

What do you think “RB” means? Put your ideas in the comment thread.

Loading more stories
wpDiscuz
65
0
Would love your thoughts, please comment.x
()
x
| Reply
Police are trying to figure out why Dallas shooter Micah Johnson wrote the initials "RB" in blood. Here are some theories.