Former New York Mayor Rudy Giuliani has sparked controversy with comments he made on CBS’ Face the Nation, when he called Black Lives Matter “inherently racist” and “anti-American” and said that black children have a 99 percent chance of being killed by other blacks, not police.

He further explained: “Of course black lives matter, and they matter greatly.” But he said it was disproportionate to “focus in on less than 1 percent of the murder that’s gone on in America, and we make it a national thing and all of you in America make it much bigger than the black kid that’s being killed in Chicago every 14 hours.” 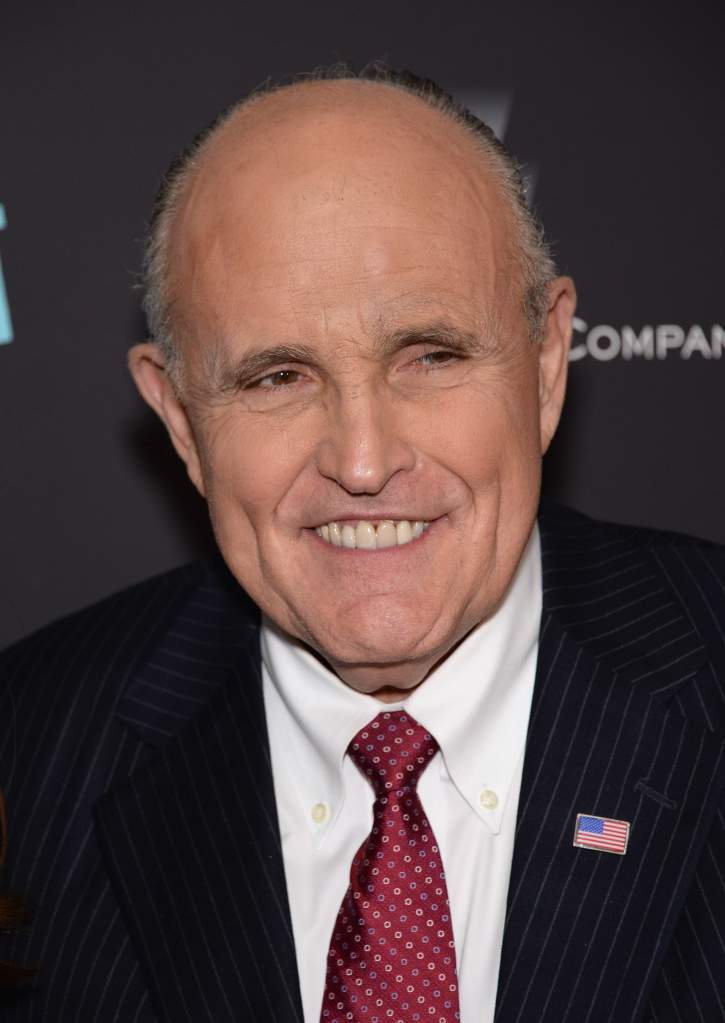 He said Black Lives Matter had put a “target” on police officers’ backs. Speaking of black children, Giuliani said: “The real danger to them, 99 out of 100 times, is other black kids who are going to kill them.”

The New York Daily News said the closest estimate to Giuliani’s numbers is “the FBI’s 2014 homicide data, which said black victims are killed by other black people 90% of the time. The rate of white-on-white homicide, the stats say, is 82%.”

Giuliani, who was a U.S. attorney working on police corruption cases before he was mayor, called for black parents to teach their children to show respect for police, saying:

There're many reasons why I vomit in my mouth whenever I read "Rudy Giuliani.."-but this time he's crossed the line. pic.twitter.com/rEkT6KGz6I

Giuliani, best known perhaps for his response to the Sept. 11 terrorist attacks as mayor, said that: “The reality is we have to look differently at race in America.” He also said that “Whites have to realize that African American men and boys have a fear of being confronted by the police because of these incidents… it’s a reality and it exists.”

In May, Donald Trump said he would consider appointing Giuliani to lead a commission against terrorism.

But the comments drawing the most criticism are those relating to the black community, Black Lives Matter, and black parents.

“If you want to deal with this on the black side, you’ve got to teach your children to be respectful to the police. And you’ve got to teach your children that the real danger to them is not the police,” Giuliani said. “The real danger to them 99 out of 100 times, 9,900 out of 1000 times, are other black kids that are going to kill them. That’s how the way they are going to die.”

As to the “white side,” he said, “We have to understand, whether we get it or not, that there is extraordinary fear of the police.” Police have to institute a policy of “zero tolerance” and not allow disrespect, he said.

Giuliani said that, if he were the parent of a black child, that’s the message he would deliver.

“If I were a black father, and I was concerned about the safety of my child, really concerned about it, and not in a politically activist sense, I’d say be respectful to police.”

Giuliani said most police officers are good, some are bad, but that black parents should tell their children: “I’d also say be very careful of those kids in the neighborhood and don’t get involved in them because, son, there’s a 99 percent chance they will kill you, not the police.”

The Tribune added: “Between Sunday afternoon and early Monday, 13 people were shot over 17 hours in the city. They included a 15-year-old boy shot in the foot, a 16-year-old hit in the elbow, a 17-year-old wounded in the thigh, and a woman hit in the chest by a bullet fired through the window of a home.”

In 2015, The Washington Post conducted a comprehensive study of police shootings, saying no governmental agency kept thorough track of them. The Post study found that 965 people were shot by the police in 2015. The Post added: “In a year-long study, The Washington Post found that the kind of incidents that have ignited protests in many U.S. communities — most often, white police officers killing unarmed black men — represent less than 4 percent of fatal police shootings. Meanwhile, The Post found that the great majority of people who died at the hands of the police fit at least one of three categories: they were wielding weapons, they were suicidal or mentally troubled, or they ran when officers told them to halt.”

When he was mayor, Giuliani said some police officers did criminal things, citing the Amadou Diallo case. In that case, four New York police officers fired “a total of 41 shots” at Diallo, an immigrant from Guinea, because they thought he was pulling a gun. It turned out to be a wallet, said The New York Post.

In other cases, he said, police officers were “wrongly accused” and acquitted by juries even though “mobs” continued calling for their firing.

He said that Black Lives Matter talks about “killing police officers….they yell it out at their rallies.”

As a New Yorker since I was born here in 1979, let me just say Rudy Giuliani is trash.

In Rudy Giuliani's defense, he is a horrible man.

Rudy Giuliani has a 100% chance of being a literal sack of garbage wearing a human face. https://t.co/XOiNTkBQl7

totally shocked Rudy Giuliani went on #MSNBC and they let him spew all the racist crap he wanted,said Nobody anytime anywhere! #Presstitutes

Rudy Giuliani was once the mayor of New York City for 8 years, but now he’s just paid to be racist on TV.

BLM Protesters were smiling and taking pics with Cops before they also had to run for their lives. Rudy Giuliani is delusional.