Police tape is displayed at the Tsukui Yamayuri En, a care centre at Sagamihara city, Kanagawa prefecture on July 26, 2016. (Getty)

At least 19 people were killed and 25 were injured in a stabbing rampage at a facility for disabled people in Sagamihara in the Kanagawa Prefecture of Japan, NHK reports.

1. The Suspect Turned Himself in & Told Police ‘I Did It’

The suspect, 26, was arrested, The Japan Times reports.

URGENT – Attack with a knife in a home for disabled #Sagamihara, Japan, at least 15 dead and 45 wounded@kinshasaweb pic.twitter.com/ggeflz3pYo

He turned himself in about 30 minutes after the attack at a local police station, and was charged with murder. He told police, “I did it,” according to The Tokyo Reporter.

2. Police Swarmed the Scene About 2:30 a.m. After Receiving Calls for Help From the Facility

Police swarmed the scene after an employee of the facility called for help about 2:30 a.m. Tuesday, NHK reports.

The man was seen with a knife at the Tsukui Yamayuri-en facility in Midori War, according to the Tokyo Reporter. He broke into the building before police arrived.

3. The Suspect Is a Former Employee of the Facility

Attacker in Japan reportedly walked through the facility stabbing everyone he could find, then turned himself over to police at 3:00 am.

The suspect in custody is a former employee of the facility, NHK reports.

His identity and former role at the facility were not immediately known.

4. He Told Police He Was ‘Sick of Disabled’ People

Attacker has reportedly told police he was ex-worker at facility who "got sick of disabled"; no suggestion of link to groups outside Japan

The local media is calling the attack the worst mass murder in Japan since World War II, according to Fackler.

“It’s better that the disabled disappear,” he told police, according to The Japan Times.

Police have not released any details about the victims.

5. The City Is Located West of Tokyo

BREAKING: 19 killed and 45 injured in attack on centre for people with disabilities Japan #sagamihara -Apprehended pic.twitter.com/cgbzXP0Zra

Sagamihara is located in the north-central area of Kanagawa Prefecture, to the west of Tokyo. 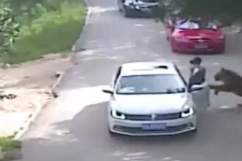 Read More
5 Fast Facts, Breaking News, Japan
A man with a knife went on a rampage at a facility for disabled people in Sagamihara in Kanagawa Prefecture, Japan, killing at least 15 people and wounding 45 others.