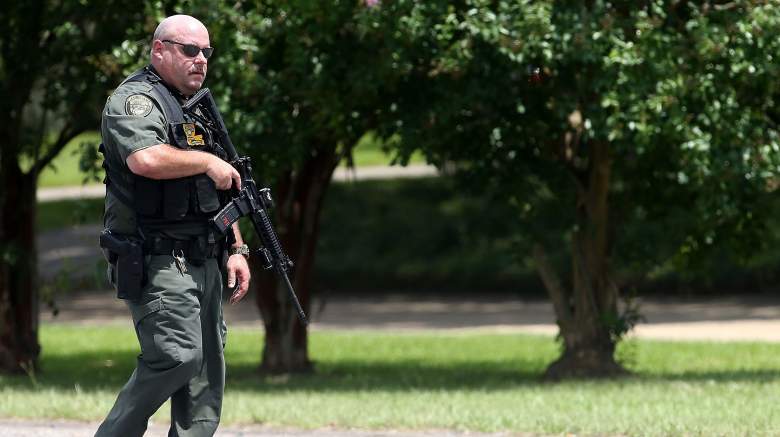 In the wake of the shooting deaths of multiple police officers in Baton Rouge, a local sheriff involved in the SWAT response has spoken out against “a frenzy of anti-police rhetoric.”

Ascension Parish Sheriff Jeff Wiley wrote on Facebook, in a post that has been shared hundreds of times in just minutes, that people have “whipped up” a “frenzy of anti-police rhetoric and repeatedly described the law enforcement and general public relationship as ‘corrosive’ and disrespectful.”

Wiley defended police officers and said they should not be prejudged. “They are NOT killers, NOT racist, and NOT haters, just simply put they are sons, daughters, wives, mothers, and fathers, who answer to a higher calling, that of being a professional law enforcement officer.”

And he called on those “that spew this hate of law enforcement and promote this regrettable divisiveness” to “stand down and reflect on the environment you have helped create.”

Three officers were dead and three more wounded after a gunman from Missouri, Gavin Eugene Long, opened fire on a highway about a mile from Baton Rouge police headquarters. Protests against the police shooting death of a local man, Alton Sterling, had temporarily shut down the highway in recent days.

Long is dead, and, although police say they are still investigating the murders, they also said they think he probably acted alone. The Baton Rouge shooting came after five officers were shot to death in Dallas following the deaths of Sterling and Philando Castile in Minnesota.