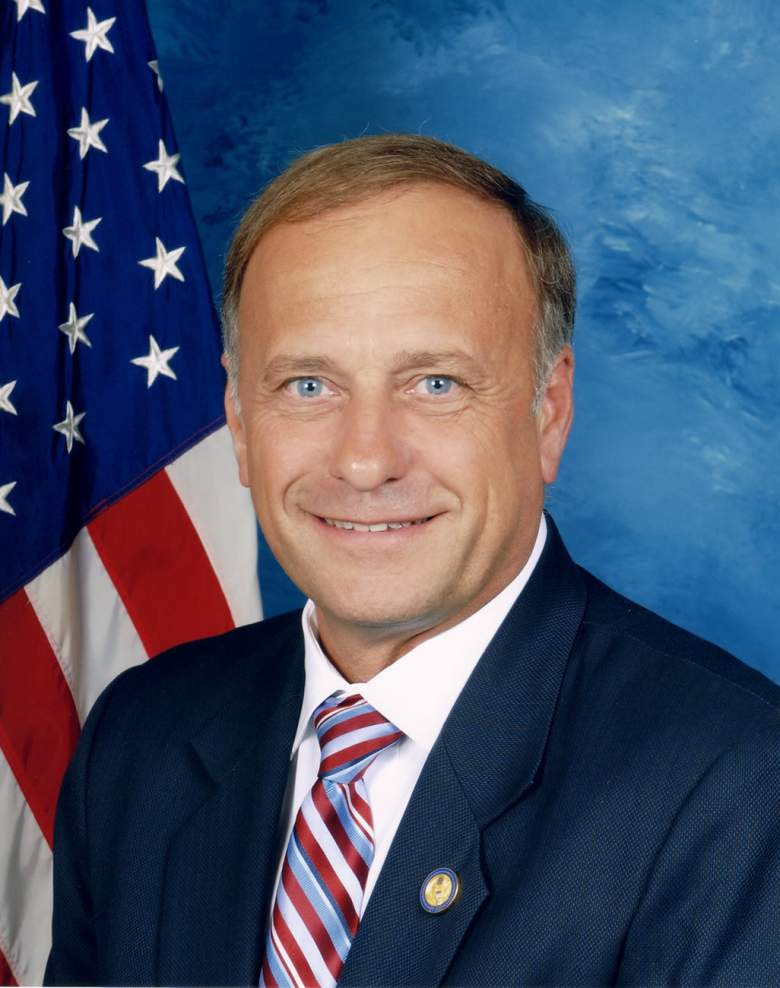 U.S. Rep. Steve King, an Iowa congressman, caused controversy on the first day of the Republican National Convention when he said on a television panel that white people contributed more to civilization than any other “subgroup.” 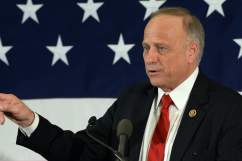 King was on a Chris-Hayes led MSNBC panel debating Donald Trump and race. After Esquire’s Charlie Pierce said there wasn’t much diversity at the convention, King said, according to The Washington Post: “This ‘old white people’ business does get a little tired, Charlie. I’d ask you to go back through history and figure out, where are these contributions that have been made by these other categories of people that you’re talking about, where did any other subgroup of people contribute more to civilization?”

Who is Steve King? King is an Iowa congressman who founded a small business and who has repeatedly drawn controversy because of his comments on racial issues.

Christmas at the Kings, celebrating the Joy of God's greatest gift, with more than a couch full of grandchildren. pic.twitter.com/jVWYaWVlis

According to his official biography, King was raised in a law enforcement family in Storm Lake, Iowa, and he met his wife Marilyn Kelly in high school. They’ve been married since 1972, and have lived in Kiron, Iowa, since 1976.

The Kings have three children, all grown, and seven grandchildren, his biography says.

After serving as an Iowa State Senator for six years, King was elected to Congress in 2002.

2. King Helped Pass a Law That Made English The ‘Official Language of Iowa’ & Made Controversial Comments About Illegal Immigration

All the King men. Neither snow nor frEEEZing rain shall stop our annual Thanksgiving morning hunt. 3 generations:-) pic.twitter.com/yTdl4nmHN8

Along with tax cuts and parental notification for abortions, King’s bio touts his role in helping pass a law to make English the “official language in Iowa.” The New York Times said King also sought to make English the official language of the United States. Speaking in favor of the concept, he said, “It is time to speak with a common voice. The argument that diversity is our strength has really never been backed up by logic. It’s unity is where our strength is.”

NBC News said King “is well known for his comments that many Latinos and immigrants have regarded as at least insulting and to some as racist or bigoted,” citing past remarks he has made, such as saying “undocumented immigrants have calves the size of cantaloupes because they haul marijuana through the desert and those hauling marijuana outnumber those that are valedictorians.”

In another controversial remark, according to NBC, King suggested putting an electrified fence at the border “to keep out people who cross the border, saying they should be dealt with as livestock are.”

He has strongly opposed amnesty for illegal immigrants. When a Milwaukee custard stand drew controversy for initially requiring employees to speak English to customers, King tweeted his praise for the decision, saying the custard stand was “promoting assimilation.”

To Ron Schneider of Leon's Frozen Custard, Milwaukee, Thank you & stand your ground! You are promoting assimilation. https://t.co/gBUl1wXny0

“It would have been awfully hard to fraudulently file the birth notice of Barack Obama being born in Hawaii and get that into our public libraries and that microfiche they keep of all the newspapers published,” he said, before adding, “That doesn’t mean there aren’t some other explanations on how they might’ve announced that by telegram from Kenya. The list goes on.”

3. King Has Been Photographed With a Small Confederate Flag in His Office

Is That… Yep, Steve King Has A Confederate Flag On His Desk – https://t.co/lMNtyVgnCF pic.twitter.com/Evxajima7U

Iowa Starting Line ran a photograph that shows Steve King sitting at his desk with a small Confederate flag on his desk. Iowa Starting Line describes itself as “a news site devoted to bringing readers breaking news, in-depth analysis, and general coverage of Iowa Caucus and Iowa political news.”

King then went on local radio and told Iowa talk radio host Jeff Angelo that the flag had been on his desk for “a long, long time” and “no one has ever commented about it” before.

The Sioux City Journal, in an editorial that ran in other local newspapers, called on King to remove the flag, writing: “Bottom line: King should remove the Stars and Bars from his desk.” The editor said the flag was spotted when King gave a television interview and said Iowa’s Gov. Terry Branstad was asked about it and said, “I don’t agree with that. I guess that’s his decision.” Branstad noted that Iowa was “on the side of the Union and we won the war.”

According to the Des Moines Register, King had also defended “the display of the Confederate flag a year ago in the wake of a shooting in South Carolina that left nine African-Americans dead and prompted the flag’s removal from the state Capitol.”

4. King Opposed Harriet Tubman Being On the Twenty Dollar Bill But Comes From a Family of Abolitionists & Claims He’s Related to Abraham Lincoln

King spoke out against the selection of famed abolitionist Harriet Tubman’s inclusion on the $20 bill. The Associated Press reported that he was “trying to block the Treasury from redesigning U.S. currency, a move that could prevent the government from replacing Andrew Jackson on the front of the $20 bill with abolitionist Harriet Tubman.” However, the amendment didn’t get anywhere.

King responded to reporters that he considered it “racist” and “sexist” to “say a woman or person of color should be added to currency,” according to The Des Moines Register.

However, The Des Moines Register says King has previously praised his own “abolitionist ancestors.” In a video on the newspaper’s website, he displayed autographs of Antonin Scalia and Clarence Thomas. Then, he presented a Bible that he said belonged to an ancestor, as well as other Civil War artifacts.

“The thing that I cherish the most here out of all of this is this Bible,” he said in the video. “My family on my mother’s side were abolitionists,” he said. “They were engaged in the founding of the Republican Party and, by the way, related to Abraham Lincoln.” He added: “When you think about the price that was paid to put an end to slavery, you can’t discount what this means.”

America gets one more chance to Chuz a president & get it right. If wrong, we will almost certainly become a … pic.twitter.com/B8UMI1MPkq

King doesn’t mince words on Twitter, whether he’s writing about the Second Amendment, terrorism, President Obama, or other issues of concern to conservatives.

I've had it with the gun grabbing Democrats and their sit in anti 2nd amendment jihad. I'm going to go home and buy a new gun.

First term, Obama went on apology4US tour of the world. Near the end, #Obama pays homage to the spawn of Karl Marx. pic.twitter.com/0NlulmEVPt

On Twitter, people quickly condemned his comments about whites, sub groups, and civilization. Hayes was one of them:

2. The entire notion of debating which race/civilization/ "sub group" contributed most or is best is as odious as it is preposterous.

Anyone DEFENDING Rep Steve King, is a Racist.