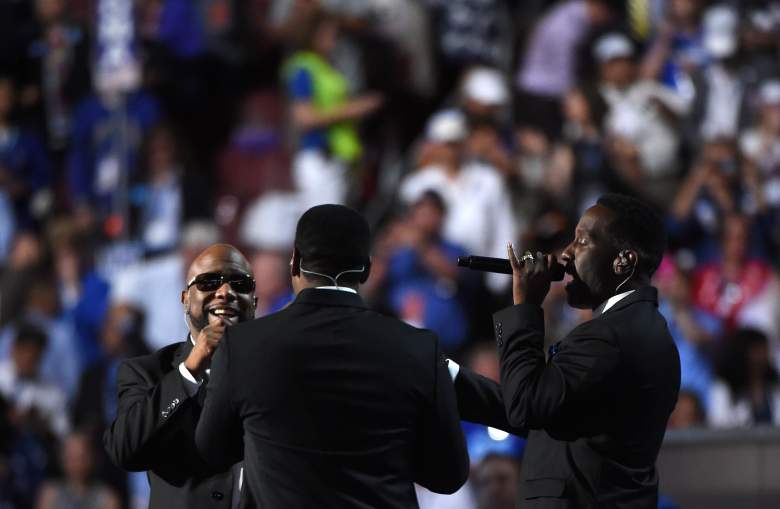 Boyz II Men perform during Day 1 of the Democratic National Convention at the Wells Fargo Center in Philadelphia. (Getty)

R&B group Boyz II Men performed on the opening day of the 2016 Democratic National Convention in Philadelphia. The group performed “Motownphilly,” its single from the 1991 debut album Cooleyhighharmony. Paul Simon will also perform at the DNC.

Boyz II Men is, of course, from Philadelphia, which makes them a hometown favorite. Watch them perform here:

Boyz II Men warming up the crowd at the DNC. #DNCinPHL pic.twitter.com/TqhaF1btL9

HAHAHA! @CNN cuts away from #DNC protestors to show Boyz II Men sing a song. Embarrassing. What a debacle. pic.twitter.com/TrhfasH8dp

The full song can be listened to on YouTube: