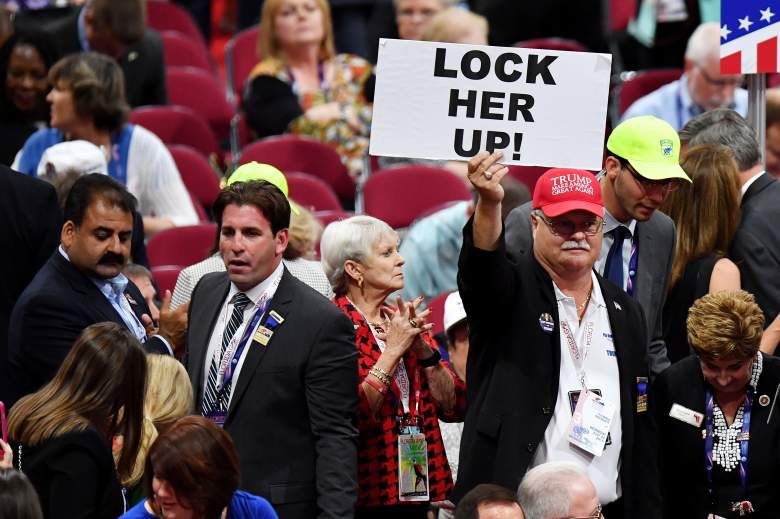 “Make America Great Again” and Mexican wall slogans aren’t leading the charge any longer. “Lock her up” has become the “unofficial slogan” at the 2016 Republican National Convention — a snub at Democratic presidential nominee Hillary Clinton and her private email server used for official government purposes.

The chant started on the first night of the convention. The New Republic said “it only took 10 minutes” for the chant to start.

“Yeah, that’s right, lock her up,” the LA Times quoted Flynn talking about Clinton. “You’re damn right, exactly right,” he added as the crowd began to chant “lock her up.”

The crowd chants "lock her up" as Lt. Gen. Michael Flynn criticizes @HillaryClinton in his speech at the #RNCinCLE pic.twitter.com/PLaBVgysxA 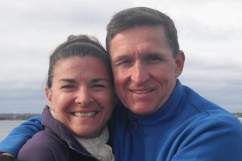 Gov. Chris Christie presented “the facts. Just the facts” in his mock trial on stage at the RNC.

A former prosecutor, the Republican governor of New Jersey asked the crowd, “Hillary Clinton as an inept negotiator: guilty or not guilty?”

I believe my brother said it best when he made the reference that the RNC reminded him of the WWE. I quickly found myself cheering loudly and doing the hand signals like that cowboy character. #politics #circus #wrastlin #bringoutthesteelcage #lockherup #loudnoises

You can help be the jury by watching the trial here: 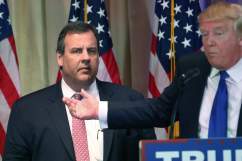 What Did Chris Christie Say About Trump Today?

Before taking the stage to encourage and rally Republicans, its national committee chairman, Reince Priebus, spoke with the New York Times’ Mark Leibovich, who wrote:

“In a previous life, Priebus was an accomplished attorney. I asked him what he thought about the “lock her up” chants directed at Hillary Clinton that have been breaking out on the floor, and occasionally the stage, all week. I wondered if it might be a little harsh, maybe even a little banana republic-y? He waved me off. “It’s just political rhetoric,” he said. “They’ll get over it.”

Then the RNC chairman took the stage. And the chants started again:

Here we go. More chants of "lock her up" as Reince talks about Hillary Clinton. #RNCinCLE

Reince Priebus manages to get the "lock her up" chants going again. Yawn. @newscomauHQ #gopconvention pic.twitter.com/96XZXXxH8r

Trump Says ‘Let’s Beat Her in November’ in Response

Trump took the stage, and when he got to discussing Clinton and an embassy takeover in Libya, the chant began again:

Chants of "Lock her up!" As Trump says "let's defeat her in November" about Hillary. #RNCinCLE pic.twitter.com/gugyuNBo4z

But Trump waited. Waved his hands. Paused. Then responded, “Let’s defeat her in November.”

#RNCinCLE erupts into "lock her up" chants, referring to Hillary Clinton, after Trump discusses Libya. pic.twitter.com/L00FCZYOwc

Read More
2016 Presidential Campaign, Politics
Follow Heavy ↓
Videos, Vines and tweets of the "Lock her up" chant and slogan at the 2016 GOP National Convention in Cleveland. The chant is an attack on Hillary Clinton.