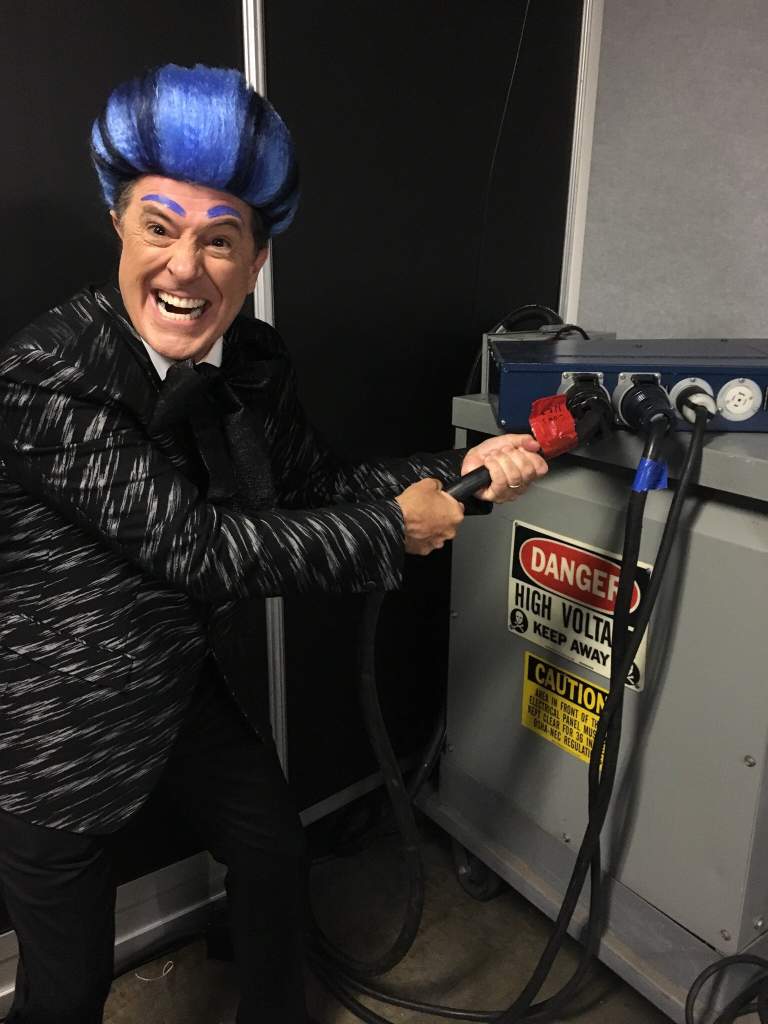 Late Show host Stephen Colbert posted to his Twitter account “At the center of power at the RNC.” He took the stage in a “Hunger Games” fashion. (Twitter)

The Late Show host Stephen Colbert crashed the Republican National Convention on Sunday, using “Hunger Games” as a theme. Before banging the gavel, Colbert said he was launching the “2016 Republican national hungry for power games.”

As security pulled Colbert off stage, he says, “I know I’m not supposed to be up here, but let’s be honest, neither is Donald Trump.”


The 2016 Republican National Convention begins Monday. Colbert has been in Cleveland recording segments for his show.

At the center of power at the RNC pic.twitter.com/R8kBtEI7Hq

This story incorrectly stated “Game of Thrones” was Colbert’s theme. It has been corrected.