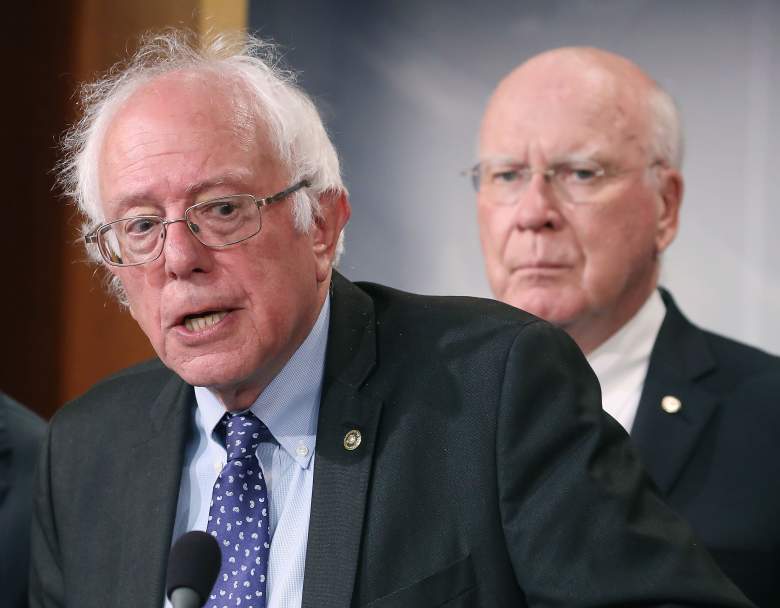 Ted Cruz spoke during a primetime spot at the Republican National Convention tonight, without endorsing Donald Trump. But meanwhile, Bernie Sanders supporters have believed that Sanders endorsed Hillary Clinton specifically so he could get a speaking spot at the Democratic National Convention. Why did Bernie have to endorse Clinton if Cruz didn’t have to endorse Trump?

Trump Said He Wouldn’t Let Anyone Speak Who Didn’t Endorse Him, but Changed His Mind About Cruz 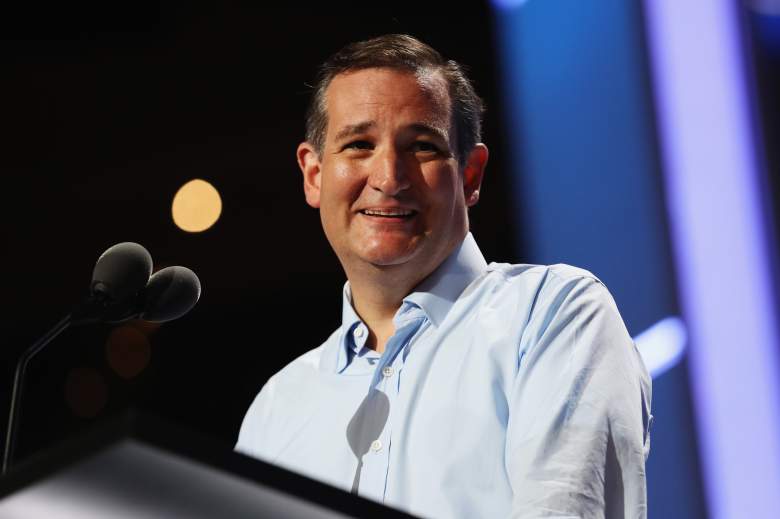 Sen. Ted Cruz did not endorse Trump before his RNC primetime speech. (Getty)

Cruz’s speech is an anomaly, considering that he had not agreed to endorse Trump and no one knew exactly what he would say or if he would even mention Trump at all before he gave his speech. According to Politico, Cruz’s goals in speaking extended beyond 2016 and possibly to a future run in 2020. An as many expected, Cruz did not endorse Trump in his RNC speech.

In fact, Cruz was the source of a weird combination of applause from the #NeverTrump group and hatred from Trump supporters for that very decision. He was booed during his speech, Trump showed up in the middle of it and took attention away from him, and then Trump tweeted about the whole thing later:

Wow, Ted Cruz got booed off the stage, didn't honor the pledge! I saw his speech two hours early but let him speak anyway. No big deal!

With so much acrimony between Cruz and Trump, why did Cruz get a primetime spot at the RNC at all?

One of the reasons Cruz has waited so long to endorse Trump (if, indeed, he ever will) was for leverage. Politico explained that Trump needed Cruz more than Cruz needed Trump. Since Trump is still trying to attract the far right wing who supported Cruz, he gave a primetime speaking slot to Cruz.

But now that Cruz’s speech is over, some wonder if maybe Trump gave Cruz the primetime spot just to try to embarrass him.

Sen. Mike Lee, a close friend to Cruz, said that Cruz’s primetime slot was “unprecedented” for someone who hadn’t endorsed the nominee. 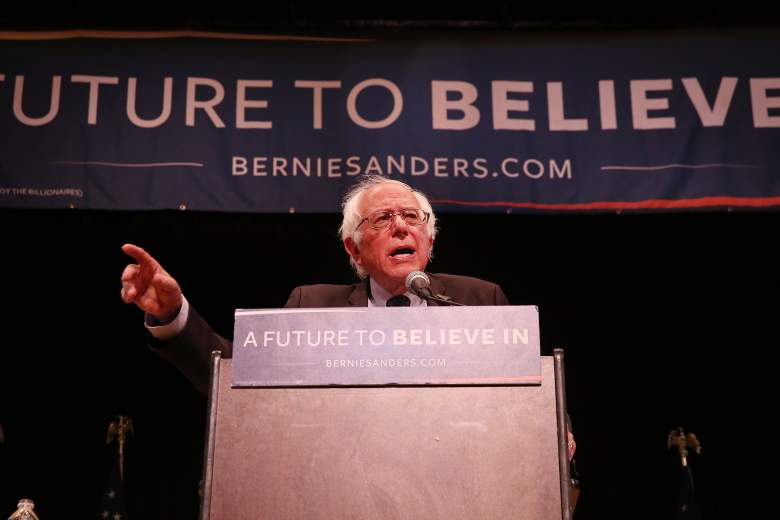 Cruz said he feels a kinship with Sanders. (Getty)

Strangely, Cruz told Politico before his speech that he felt a certain kinship to Bernie Sanders. He said, first, that he felt like there was “collusion, if not outright conspiracy” by the media to get a hard-to-elect Republican in the primary so Hillary Clinton would have an easier time at winning:

[Trump would] lose state after state after state and the media would say that he can’t be beaten… I think many of the mainstream media players are liberal Democrats… They believed Donald was the easiest candidate for Hillary to beat.”

He added that the media played decisive roles in both Clinton’s and Trump’s nominations, and Bernie was a kindred spirit:

I’d meet Bernie’s supporters and I’d say, ‘You know what? I agree with Bernie,’ and they’d look at me, startled. They didn’t expect a Republican to say that. I said, ‘Listen, Bernie talks about how Washington is corrupt, both parties are in bed with the lobbyists and special interests. I think he’s exactly right.’”

Why Did Bernie Sanders Have to Endorse Clinton to Speak at the DNC? 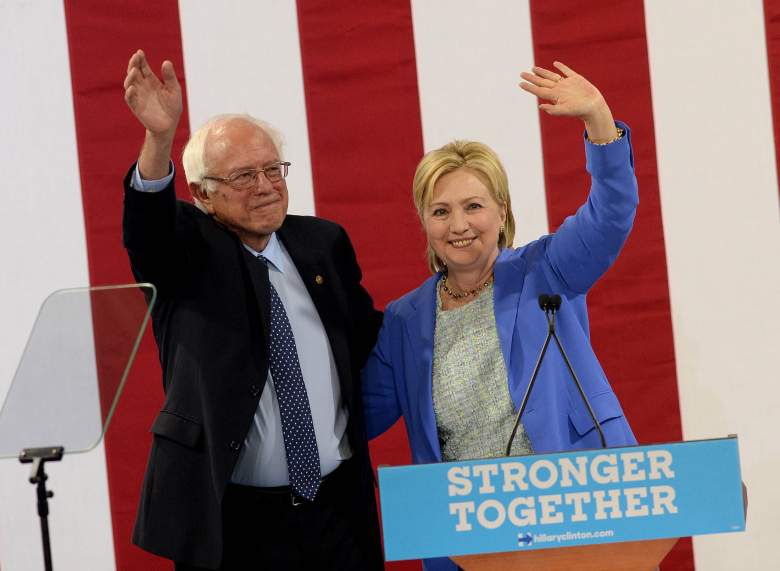 Why did Bernie endorse Clinton? (Getty)

It was never known exactly why Bernie Sanders chose to endorse Hillary Clinton before the Democratic National Convention, despite previously saying that he would take his campaign (and his drive to change delegates’ minds) all the way to the convention. He has said that he believes in uniting behind Clinton to ensure that Trump is not elected. And he’s said he’s still taking his delegates to the Convention so they can vote for him during the roll call vote and fight for progressive items on the platform.

But still, the timing of Sanders’ endorsement is a mystery to his supporters.

I don't get why Bernie even has to endorse Clinton, like I know he doesn't want Trump but she is no better?

One of the big rumors that was circulating was that Sanders had to endorse Clinton so he could get a speaking spot and so his progressive ideals could be included in the Democratic platform. Articles like this one led Bernie supporters to erroneously believe it was a requirement for him to get into the Convention:

Snopes investigated the claim that Sanders had to endorse Clinton in order to speak on the Convention floor and reported:

“We reviewed the oft-cited DNC 2016 rules [PDF] but were unable to locate any specific verbiage mandating that any candidate endorse any other candidate in order to fully participate in the convention.”

This doesn’t mean that Sanders didn’t have calculated reasons for endorsing Clinton. But it wasn’t because he would lose superdelegate status or because the DNC rules required that he do so in order to speak on the Convention floor.

If Cruz is any indication, it’s possible that Sanders might have still gotten a speaking slot even if he didn’t endorse Clinton. If Clinton was worried about bringing Sanders’ supporters to her side, as Trump is about Cruz supporters, she might have offered that olive branch anyway. But perhaps Sanders is more concerned about a Trump presidency than Cruz was about a Clinton presidency, so he felt that endorsing her was more important. Or perhaps he felt that the cost of endorsing her was worth it so he could have a guaranteed speaking slot and continue pushing his progressive organization that encourages Democrats to run in Senate, House, state, and city elections.

What we do know is that we’re seeing two very different outcomes from similar starting points. Cruz chose to not endorse Trump, risking a platform slot and possibly risking taking votes away from Trump. And now he’s dealing with the fallout of speaking at the RNC without an endorsement and getting booed during his speech. Meanwhile, Sanders chose to make the endorsement so he could further his progressive platform, but it’s not known what will happen during his speech next week. Which decision was better may never be fully decided, but it will be interesting to see how everything turns out. 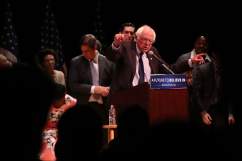 Loading more stories
wpDiscuz
35
0
Would love your thoughts, please comment.x
()
x
| Reply
Ted Cruz is speaking at the RNC without first endorsing Trump. Why can he do that, while Bernie Sanders had to endorse Clinton in order to speak at the DNC?