WikiLeaks has released what it says are almost 20,000 internal Democratic National Committee emails, documents, and phone calls in a massive series it is calling “Hillary Leaks.” Some of the emails purport to show top DNC officials conspiring against Bernie Sanders.

The hacked emails have now led to the resignation of DNC head Debbie Wasserman Schultz. However, a hacked email from her replacement, Donna Brazile, says she would “cuss” out the Sanders camp:

According to the Daily Caller, the DNC has not admitted the infiltration nor confirmed any of the documents are real. They could not be independently verified. RT says, “Many of the emails indicate that top DNC officials were hostile to the Bernie Sanders campaign.” The emails appear to come from the accounts of seven high-level DNC officials, says RT.

WikiLeaks is already claiming that some documents show DNC officials were plotting to create a negative narrative against Hillary’s primary challenger, Bernie Sanders, including claiming he was an “atheist.” 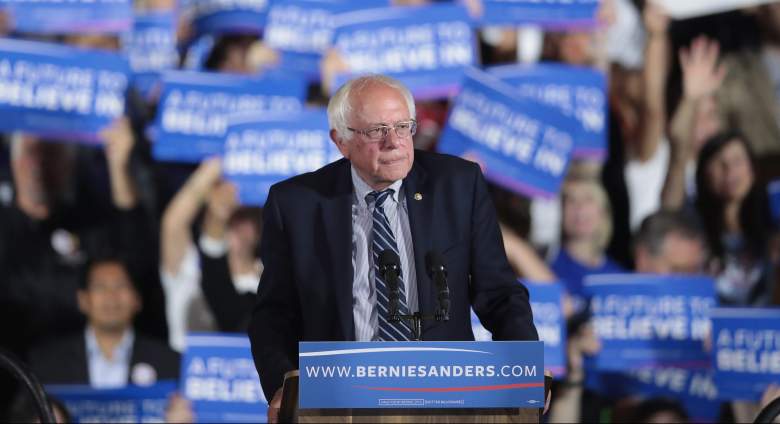 On May 5, 2016, a man with a DNC email named Brad Marshall writes about Sanders, according to WikiLeaks: “It might may no difference, but for KY and WVA can we get someone to ask his belief. Does he believe in a God. He had skated on saying he has a Jewish heritage. I think I read he is an atheist. This could make several points difference with my peeps. My Southern Baptist peeps would draw a big difference between a Jew and an atheist.”

The email thread is titled “no shit.”

In another email, Wikileaks claims DNC officials were trying to construct an “anti-Bernie narrative.” That email reads in part, “Wondering if there’s a good Bernie narrative for a story, which is that Bernie never ever had his act together, that his campaign was a mess.” This email’s header, according to Wikileaks, says, “From:markpaustenbach@gmail.com To: mirandal@dnc.org.”