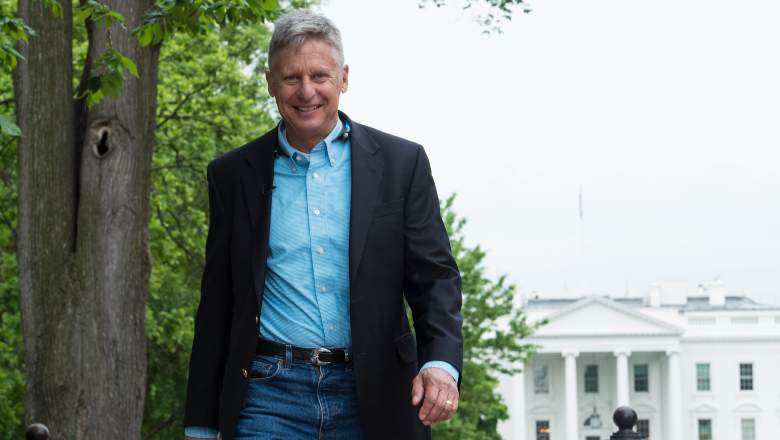 Rumors are spreading that Gary Johnson is joining to receive support from some previous presidential hopefuls. (Getty)

Gary Johnson, the Libertarian Party presidential candidate might be getting public support from former Florida Gov. Jeb Bush and former Massachusetts Gov. Mitt Romney, both Republicans who have unsuccessfully run for the White House.

Nothing’s official yet, but some expect Bush to back Johnson soon.

Bush indicated in a July 15 op-ed in the Washington Post he hadn’t made up his mind.

“I haven’t decided how I’ll vote in November — whether I’ll support the Libertarian ticket or write in a candidate — but I do know there are a lot of things Republicans can do in the coming months to lay the groundwork for rebuilding our party and the foundation for a true conservative renewal in our country,” the opinion piece stated.

Bush, who ended his campaign after failing to mount support against other Republican candidates, has publicly sparred with GOP nominee Donald Trump on a number of occasions. He has previously said he won’t vote for Trump — or Democratic nominee Hillary Clinton — in November:

While Bush was sitting on the sidelines during the 2016 Republican National Convention, Johnson told Politico there had been “conversations” about an endorsement. Johnson even alluded to Bush as the one who initiated the talks.

DEVELOPING: Gary Johnson states on the record he did not initiate the talks with Jeb Bush, that it was him who was approached.

Romney, who had his own failed presidential bid four years ago against President Barack Obama, has joined the “Never Trump” crowd — a prominent coalition of politicians and others who say they won’t support the GOP nominee. Johnson’s ticket-sharing vice presidential nominee, Bill Weld, is, like Romney, a former Massachusetts governor.

Asked about the Bush rumors, Johnson told Newsy it was “very positive.”

But a Daily Beast reporter claims Johnson is “totally unaware” of the chatter:

Gary Johnson tells me he is "totally unaware" of the rumor that Jeb Bush is set to endorse him.

Before being nominated as the 2012 and 2016 Libertarian Party’s presidential hopeful, Johnson served as a Republican governor for New Mexico. He is a self-made millionaire who has also worked for a medical marijuana company in Nevada.

If he can garner enough support in popular polls, Johnson would be allowed on the debate stage with Trump and Clinton. A CNN poll released last week has Johnson at 12 percent — 3 percent away from the coveted 15 demanded by debate rules.

Bush’s — and Romney’s — endorsement could take Republican votes away from Trump, especially after a convention in Cleveland that was more focused on being anti-Hillary than excitement for their candidate, he told the Washington Times.

Johnson is also targeting Vermont Sen. Bernie Sanders’ supporters, who might share social and foreign policies with the Libertarian platform. Ultimately, the goal would be to take away from Clinton, too. 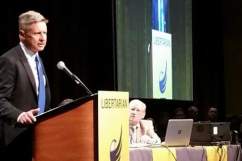 But it might be for naught: a recent Franklin Pierce University poll shows Johnson taking a mere 5 percent of votes from Republicans and 3 percent from Democrats. Similar results were found in a Washington Post/ ABC News poll.

Sen. Lindsey Graham (R-S.C.) has also been mentioned by Johnson as a prospective supporter. Graham dropped out early in the presidential primary stages, and has been committed to denouncing Trump:

I also cannot in good conscience support Donald Trump because I do not believe he is a reliable Republican conservative….(4)