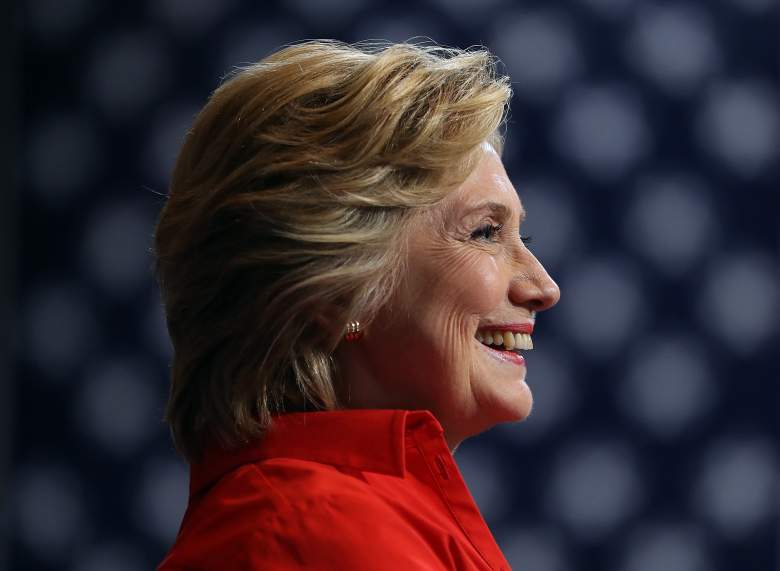 In the 2016 election, Hillary Clinton has a very real chance of turning one or more deep red states blue.

Recent polling has shown Clinton either coming out ahead of or dangerously close to Donald Trump in several states across the country that have voted for the Republican candidate in all four presidential elections since 2000.

It remains to be seen if this trend will continue, but even in red states where Trump is ahead of Clinton, his lead is significantly smaller than a Republican candidate’s typically is at this point in the race. The numbers create problems either way, as Trump will now have to spend money in areas of the country that the Clinton campaign is not even focusing their efforts on.

Donald Trump has repeatedly said that he can turn blue states like New York and California red in November. But with many Republicans breaking from their party and refusing to back Trump, could the opposite happen, with Hillary Clinton turning states like Georgia blue?

Here are a few of the deep red states that Hillary Clinton has a chance of winning on November.

Results of the 2012 election in Georgia. (Wikipedia)

A new Atlanta Journal-Constitution poll released on August 5th shows Hillary Clinton ahead of Donald Trump in Georgia. She leads her Republican rival by four points, 44 percent to 40 percent.

For comparison, in the 2012 election, a Georgia poll released on July 29th showed Mitt Romney ahead of Barack Obama by eight points.

This is not the first poll showing Clinton ahead of Trump in Georgia. Another poll conducted on July 31st showed her beating Trump by one point. Trump has pulled ahead of Clinton several times, including in a SurveyUSA poll from July 31st that showed him beating Clinton by five points, but this is still a smaller lead than Romney had in 2012.

Georgia has been a red state for 24 years, not voting for a Democrat since Bill Clinton won the state in 1992. In 2012, Romney won Georgia by eight points, and in 2008, McCain took it by six points.

Results of the 2012 election in Arizona. (Wikipedia)

Hillary Clinton has also started to beat Donald Trump in Arizona, a state which has been red for 20 years.

A new poll from OH Predictive Insights /MBQF has Clinton ahead of Trump by three points, 45 percent to 42 percent. Libertarian candidate Gary Johnson also took four percent of the vote in that poll.

Results of the 2012 election in Missouri. (Wikipedia)

This one is much more out of reach for Clinton, but based on recent polling, it’s not unthinkable that Missouri could turn blue in November.

A poll by Mason-Dixon Polling & Research, Inc. conducted from July 23rd to July 24th shows Hillary Clinton ahead of Donald Trump in Missouri by one point.

However, a SurveyUSA poll conducted from July 20th to July 24th shows Trump ahead by eight points, and another by Public Policy Polling had him ahead by seven points. Before that, Clinton and Trump were tied in a March poll.

It remains to be seen if that Mason-Dixon poll is an outlier, but in general Trump is not ahead of Clinton by quite as large a margin as Mitt Romney was ahead of Barack Obama in 2012. Towards the end of July 2012, Romney was ahead of Obama by about nine points.

To be fair to Trump, however, there was also a poll in August 2012 showing Obama one point ahead of Romney, but Romney ended up taking Missouri by nine points.

Results of the 2012 election in Mississippi. (Wikipedia)

There has only been one major poll conducted in the deep-red state of Mississippi, but the result of it was quite shocking. The poll, conducted by Mason-Dixon Polling & Research, Inc. from March 28th to March 30th, showed Trump beating Clinton by only five points.

Mississippi has gone red in every presidential election for the past 40 years. One would expect Trump to be ahead by a much wider margin, then, especially considering Mitt Romney won Mississippi by 12 points in 2012.

However, we shouldn’t conclude too much from this one poll, and it remains to be seen if this trend will continue. It should also be noted that there was a Public Policy Polling poll in March 2012 that showed Romney only leading Obama in Mississippi by six points.

Still, Mississippi is much more in reach for Clinton than you would expect from such a red state, and FiveThirtyEight gives her a 23.6 percent chance of taking it. For comparison, with Alabama, another historically red state, Clinton only has a 1.5 percent chance of winning. 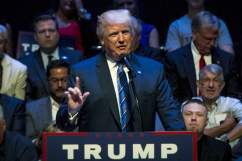 Read More
2016 Presidential Election, Donald Trump, Politics
Discuss on Facebook
New polling has shown that Hillary Clinton is beating Donald Trump in red states like Georgia. Here are some of the red states that are within Clinton's reach this November.