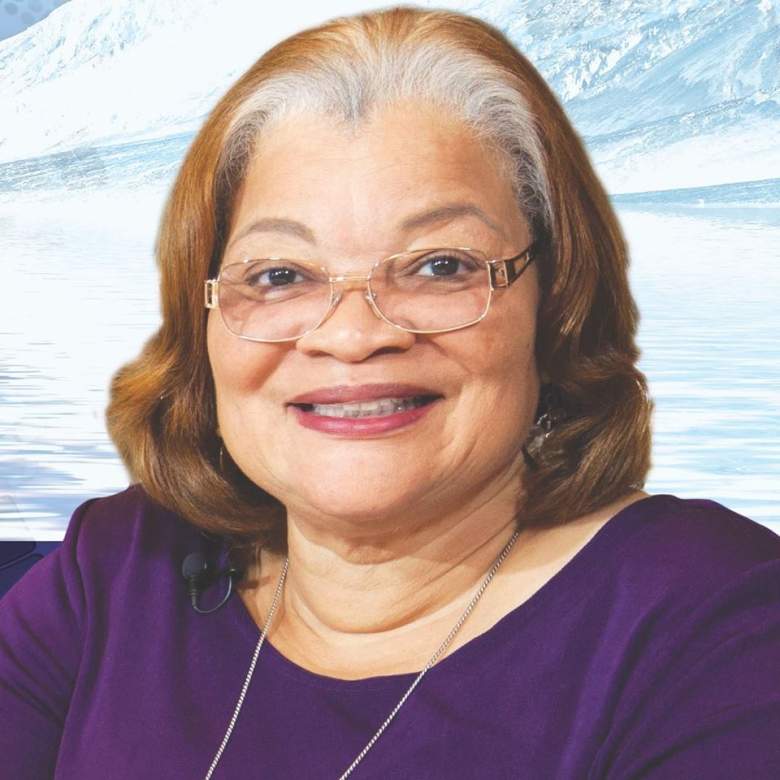 Some conservatives on Twitter have claimed that King endorsed Trump. A video they are sharing of an interview she gave with Fox News is not quite an endorsement, but King’s niece did praise Trump and has done so before. She also once said that Trump has taken a “page” from her uncle.

King – the daughter of Rev. Martin Luther King Jr.’s younger and only brother, A.D., who died tragically not long after the assassination – is a polarizing figure. Some praise her outspokenness, and others criticize her.

BOOM? WATCH: MLK's niece ENDORSES Trump: "he can put America back to work, back to church, back to school!" pic.twitter.com/KJGVIUEax5

Here’s what King said when she appeared on Fox News in late August 2016 (you can watch the video above): “I would like to see our black young men and women get out of jail, get back to work, and get back to school. It sounds very promising, the plan that Mr. Trump is presenting for the urban communities.”

She continued, though: “Because right now many of our urban communities that are kind of overrun with Democrat leaders, like mayors and all that kind of thing, there’s a lot of trouble in those cities. And I believe that whichever candidate who has the platform that can put America back to work back to church, back to school, and make us healthy again, I believe that that’s an excellent platform.”

Conservative news sites and Trump supporters have been sharing the interview on social media as Trump has made a concerted effort to entice black voters over to his campaign, despite polling that shows minority voters overwhelmingly favor Hillary Clinton and criticism over comments he’s been making, such as a tweet about basketball star Dwyane Wade’s cousin, Nykea Aldridge, who was slain in Chicago. Clinton, in the meantime, has disseminated an ad linking him to the KKK and the “alt-right,” while Trump has cited Clinton’s past praise for Sen. Robert Byrd, who was once in the KKK, and previous comments on “super predators.” He has also called Hillary a bigot. She said his campaign was built on “prejudice.” In that climate, Alveda King’s comments have been used by Trump supporters in an attempt to defuse charges of racism against him.

@AlvedaCKing Miss King, I just wanted to say thank you 4 supporting Trump. UR a great American as was UR uncle. God is creating a new thing.

But what else has King said about Trump?

She’s praised him and compared him to her uncle and father.

On August 17, in another interview (see above), after Trump said that Democrats “have taken advantage” of black voters and given them nothing in return for the support, Alveda King said: “I listened very carefully to everything that Mr. Trump has said in the last 72 hours or so, and I fully agree with so many things that he’s saying. I believe he has taken a page from the book of my daddy, Dr. A.D. King, and my uncle, Dr. Martin Luther King Jr., looking at the climate, the people, and really being concerned about what’s happening in every community across America.”

On Facebook, she said she attended a meeting Trump had with evangelicals. King also wrote a blog post about the meeting called, “What These Ears Heard Donald Trump Say.” The account includes this passage, “He (Trump) further promised to appoint Prolife Supreme Court justices. He promised that ‘America will be free to say Merry Christmas’ again. He promised economic justice as a means of lessening the bands of racism. He promised safe borders for America. He promised to strengthen our military to protect our nation. He gave God the credit for giving him intelligent children. So sorry you couldn’t be there to hear all of this.” She says at the end of it that she is praying for both Trump and Clinton, among other candidates.

2. King Has Spoken Out Against Abortion & Has Called on Black Lives Matter to Oppose it

King is perhaps best known for her outspoken advocacy against abortion. She has urged the Black Lives Matter movement to oppose abortion, saying it costs black lives. On August 26, she wrote on Facebook, “By mourning the children lost to #abortion, we advance a culture of life.”

She blogs in opposition to abortion. In one column, she included a photo of a fetus with the words “Black Lives Matter” on it. Far more than political commentary, her Facebook page is largely devoted to comments against abortion.

King said on The Jim Bakker Show: “If black lives matter, then why is it that black women are more than five times as likely as a white woman to have an abortion?”

Her biography says King “currently serves as a Pastoral Associate and Director of Civil Rights for the Unborn, the African-American Outreach for Priests for Life and Gospel of Life Ministries.” It also says that she “sees the prolife movement as a continuation of the civil rights struggle.”

3. King Has Criticized the Unrest Over Police Shootings of African-American Men but Says the System is ‘Flawed’

.@AlvedaCKing: "We are looking for opportunity, rather than entitlement. Empowerment rather than giveaways." pic.twitter.com/a0GPb0vlo5

King wrote on Facebook, under an article on unrest in American cities after police shootings, “My uncle Martin Luther King once said: When we truly believe in the sacredness of human personality, we won’t exploit people, we won’t trample over people with the iron feet of oppression, we won’t kill anybody. We need to come together and pray together, and as we pray together and worship God together, and repent together, then we’ll be able to convert together.”

However, she praised Trump again for his comment about unrest in American cities. She said on Fox News that people who “live in communities that are being looted, burned and attacked have to be concerned about their own homes, their own safety” and  added, “If any of the young men who were shot had been at school or at work, we would have different outcomes. And so I grieve with the families. I grieve for their deaths. But I believe if we fix this flawed system, we are going to have fewer deaths and a happier, more blessed America.”

King has criticized “entitlement versus empowerment” and said, “We are looking for opportunity, rather than entitlement. Empowerment rather than giveaways. I believe that if any of the young men who were shot had had those types of opportunities, the flawed system would not be there and we would have different outcomes and less grief.”

4. King Is the Daughter of Martin Luther King Jr.’s Brother, A.D. & Is a Former State Legislator From Georgia

King’s bio says she is “The daughter of the late civil rights activist Rev. A.D. King and his wife Naomi Barber King, Alveda grew up in the civil rights movement led by her uncle, Dr. Martin Luther King.”

A King encyclopedia published by Stanford University says Arthur Daniels (or “A.D.”) King “lived in the shadows of his famous brother, Martin Luther King, Jr.” but was “a participant in the African American freedom struggle often appearing at his brother’s side in movements in Atlanta and Birmingham.” In addition to Martin and A.D., there was one other sibling: Christine, says The Seattle Times.

When Martin Luther King Jr. was assassinated, A.D. said: “They killed my brother. I’m gonna find out who did it,” to someone on the phone, “within hearing of his daughter Alveda,” said the Seattle Times newspaper. The next day he was found dead in a pool at age 38, said the newspaper. Alveda and her mother told the newspaper they think A.D. was murdered, with the newspaper quoting Alveda as saying, “Daddy was killed and put in the pool” (others think it was a heart attack, said the newspaper).

A.D. King believed in non-violence, said the Stanford encyclopedia. The Seattle Times says A.D. has been “largely lost in history” and was King’s younger brother.

Alveda’s bio also says she “is a former college professor and served in the Georgia State House of Representatives.” She is an author who has written books called: King Rules: Ten Truths for You, Your Family, and Our Nation to Prosper, How Can the Dream Survive if we Murder the Children? and I Don’t Want Your Man, I Want My Own.

The bio adds that she writes for conservative websites and is a Fox News contributor as well as serving on pro-life boards and being a singer and actress.

5. Alveda’s House Was Bombed During the Civil Rights Movement & She Was Once Jailed

According to King’s bio, “Her family home in Birmingham, Alabama, was bombed, as was her father’s church office in Louisville, Kentucky. Alveda was jailed during the open housing movement.”

The Seattle Times says that Alveda, born in 1951, was the King family’s “first grandchild,” but she has four siblings.

She now has six children of her own and is a grandmother, her bio says.

According to the Stanford encyclopedia, A.D. King “was arrested with King, Jr., and 70 others while participating in an October 1960 lunch counter sit-in in Atlanta. In 1963, A.D. King became a leader of the Birmingham Campaign while pastoring at First Street Baptist Church in nearby Ensley, Alabama….On 11 May 1963, King’s house was bombed.”

@LeahR77 @AlvedaCKing I have long admired Dr. Alveda. She speaks from the head and heart!