The body of a missing and pregnant mother of two was found dumped in the woods inside a Bronx park.

The death comes after the murder of jogger Karina Vetrano in a Queens park horrified New Yorkers. McDuffie’s body was found in the Bronx park on August 26.

1. McDuffie’s Boyfriend Turned Himself Into Police & There is an Active Police Investigation Into McDuffie’s Death

Active police investigation after a woman’s body was found inside a park tonight #eastchester #bronx pic.twitter.com/mxsRIFJP1K

A cause of death was not released in McDuffie’s death. The Medical Examiner’s office will determine that, said WABC.

WABC said the body was found in “Seton Falls Park at 233rd Street and Monticello Avenue in the Edenwald section.”

The New York Daily News says McDuffie’s boyfriend has turned himself into police with a lawyer.

2. McDuffie Was Missing From Mount Vernon After She Didn’t Pick Up Her Two Children

According to The New York Daily News, a relative said McDuffie was reported missing after she didn’t pick up her children, ages 6 and 3, from their grandmother’s house.

A friend posted on Facebook on August 24, “MISSING PERSON(s) If anyone has ANY information on the where-abouts of this female ASHLEY MCDUFFIE…Please contact myself, Family members or local authorities ASAP. Ashley is 27 years old and around 5’4! Please take a moment to Share this post whether or not you know them, someone you know may have seen or heard something! Anything helps! Thank you, We need to bring this mother home to her children!!!”

The post also named a male that McDuffie was reportedly last seen with, including a photo of the pair together, although it’s not clear whether that was the boyfriend.

Many people had shared the post on Facebook. One woman wrote, “Hoping this isn’t as serious as it seems & you safely make it back home to your children, praying you’re protected, wherever you are???”

Another post read, “IN NEED OF PRAYER AND HELP IF ANYBODY IN THE WESTCHESTER/NYC AREA HAS SPOKEN, SEEN OR LAST HEARD FROM ASHLEY MCDUFFIE PLEASE CONTACT ME OR HER FAMILY ASAP PLEASEEEEEEEE ! THIS IS NOT LIKE HER AT ALL ! Sis, we jus want you home and safe !” 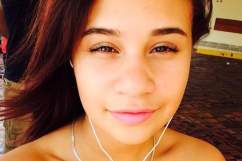 3. McDuffie Was Pregnant & She Was Strangled, Reports Say

McDuffie was pregnant with her third child when she was killed, and she was strangled, said The New York Post.

Family members hadn’t heard from her since August 18. A neighbor told The Daily News that Ashley had recently found work as a security guard, and her father said the family knew something was wrong when she didn’t call her children.

4. The Motive Might Have Been the Boyfriend Wanting to Reunite With His Wife, Reports Said

The New York Post quoted a police source as saying the boyfriend had confessed and told police “McDuffie was pregnant with his child, and said he killed her because he wanted to get back together with his estranged wife.”

NBC New York also quoted the victim’s family and friends as saying the suspect had confessed; however police had not confirmed that information on the record.

She said she was engaged and from Inwood, New York. Her grandmother posted on Facebook, “To my family and friends Wherever You Are my granddaughter Ashley McDuffie was found dead someone murdered her …please pray for her mom and all of us in Jesus name.”

Loading more stories
wpDiscuz
14
0
Would love your thoughts, please comment.x
()
x
| Reply
The body of Ashley McDuffie, a pregnant mother of two who had been reported missing, was found in a Bronx park.