Authorities have released an injured man’s 911 call reporting the double murder of his neighbors in a bizarre Florida face-eating case.

In the roughly three-minute phone call, the neighbor, Jeff Fisher, maintains his calm but tells 911 operators that he has been stabbed and that his female neighbor was attacked by a man he did not recognize. The neighbor’s breathing is labored. Police say Florida State University fraternity member Austin Harrouff committed the murders.

“Young man beating up a woman across the street,” the call starts. “It’s in a garage. I think he had a knife, but I’m not positive….there’s a girl lying on the ground. He beat her up. I ran over there. I’m bleeding profusely. I don’t know what happened.” The Daily News says Fisher was stabbed several times but is expected to survive.

Fisher’s neighbors were later identified as Michelle Mishcon Stevens and her husband, John Stevens. Horrifically, when deputies arrived, they said they encountered Harrouff eating the face of John Stevens. Police have said they suspect that Harrouff might have been on synthetic drugs, but toxicology tests are pending.

“The suspect was biting and removing pieces of the victim’s face with his teeth,” said WPTV.

Michelle and John Stevens were remembered by friends and family as a respected, loving couple who enjoyed life and deep sea fishing.

Four days before the murders, Harrouff posted a video saying he didn’t need drugs. You can watch it here. Harrouff wrote on You Tube, “I’ve got a psycho side and a normal side. I’ve lost my mind. Help me find it.”

Harrouff had been out to dinner with his family when his mother said he stormed out over complaints about slow service. His mother said he had no prior mental health issues and was not a heavy drug user but had been acting strange lately and claiming to have superpowers, said CBS News.

Police believe that the attack was random, and they say they do not believe that Harrouff knew Michelle and John Stevens. Michelle Stevens is the daughter of a retired local mayor in Florida. Harrouff is in stable condition at a Florida hospital.

Harrouff posted many photos on a now deleted Facebook page and on Instagram. You can see them here: 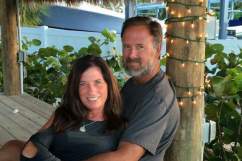 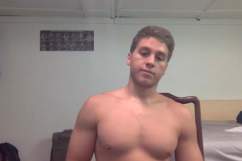 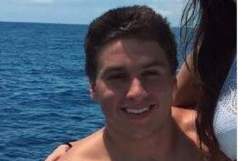