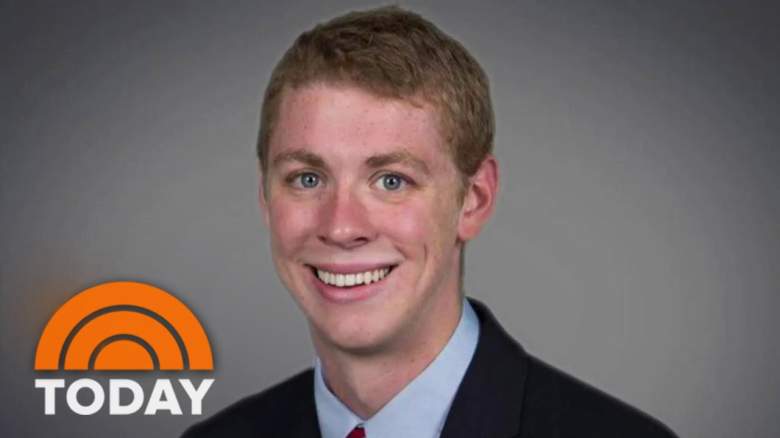 NBC said Turner must register as a sex offender and did not speak to reporters as he left the jail. He is still serving three years of probation.

Turner, 21, will have served only three months behind bars, said The New York Daily News.

Turner received a six-month sentence for the sexual assault of an unconscious woman in a case that sparked national outcry. Turner is a former swimmer at Stanford University; his case raised concerns about whether athletes – especially white athletes – receive lighter sentences than others.

In June, said KRON, Turner was “convicted of attacking a woman he met at a fraternity party in January 2015” and was sentenced to six months in jail and three years’ probation. The judge cited Turner’s age and his lack of a criminal record when choosing the sentence, said KRON.

Brock Turner with his mother, father and siblings. (Facebook)

Turner’s early release has been known since at least June, when KTLA reported that online court records showed he would be released on September 2. “Santa Clara County inmates typically serve half of their jail sentences if they keep a clean record,” said the television station.

Prosecutors wanted Turner to serve six years in prison, said KTLA, but the judge, Aaron Persky, opted for a much shorter sentence.

Critics of Turner’s sentence have scheduled a rally for September 2 at the Hall of Justice in downtown San Jose, said CNN.

The judge in the case has recused himself from a child pornography possession case in the wake of continuing criticism over the length of Turner’s sentence.

Turner’s parents also ended up in the spotlight for their defense of their son. His mother, Carleen Turner, wrote a letter to the judge calling her son “beautiful” as well as “honest” and “trustworthy.” His father, Dan Turner, also wrote a letter to the judge that caused outcry when he referred to the sexual assault as “20 minutes of action,” saying, “His life will never be the one that he dreamed about and worked so hard to achieve. That is a steep price to pay for 20 minutes of action out of his 20 plus years of life.”