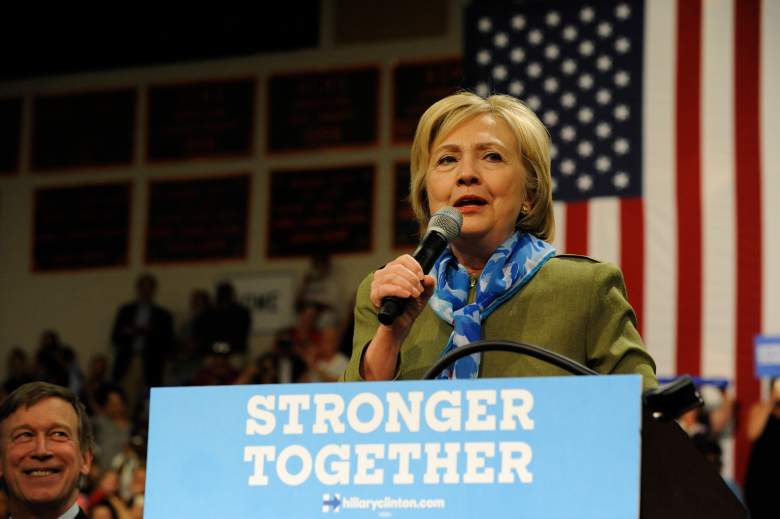 Hillary Clinton at a rally in Commerce City, Colorado on August 3. (Getty)

As the summer goes on, it is becoming increasingly difficult for Donald Trump to hope to win Colorado‘s nine electoral votes. The most recent polls, including one released on August 12, show Hillary Clinton with a double digit lead in the Centennial State. Clinton even had a 10-point lead before the Democratic and Republican conventions and the lead has only grown in the wake of Trump’s campaign stumbles.

An August 12 poll by NBC News, The Wall Street Journal and Marist showed Trump behind Clinton by 14 points. A poll by Fox News with Anderson Robbins Research and Shaw & Company Research released on July 13 showed Clinton with a 10 percent lead. A Monmouth poll, also from July, showed Clinton up 13 points.

Trump is only just starting his campaign in Colorado. Although Clinton established local leadership in the spring, the Denver Post reported that Trump waited until this month to get his ground game moving. Field coordinators for different regions of the state were named on August 15, while top members of the team weren’t picked until August 8. In July, Trump picked former Senate candidate Robert Blaha to chair his Colorado campaign.

Colorado voted for Barack Obama in the past two presidential elections, but also voted for George W. Bush twice. The state had been solidly Republican, voting for the GOP in every election between 1968 and 2008. The one exception was 1992, when its electoral votes went to Bill Clinton.

Here’s a look at the latest polls in Colorado, via Real Clear Politics. According to that site, no poll has shown Trump with a lead over Clinton in Colorado since a November 2015 poll from Quinnipiac, which had Trump with an 11-point lead.

Released on August 12, this was a poll of 899 registered voters between August 4 and August 10. The poll showed Clinton with 46 percent support from registered voters, while Trump had 32 percent. The margin of error was 3.3 percent. 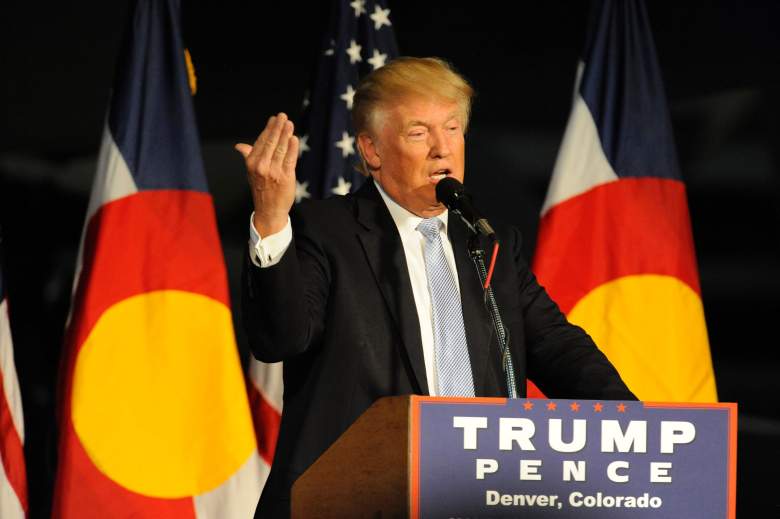 Donald Trump at a Denver rally on July 29. (Getty)

Only 24 percent of those polled thought that Trump is qualified to be president, while half think Clinton is. However, this was another poll that showed both presidents struggle with trustworthiness. Only 29 percent thought Trump was honest and trustworthy, while 27 percent thought Clinton is. The overall margin of error on this poll was 4 percentage points.

This Monmouth poll was conducted over the same time period as Fox News’ poll. However, the sample size was much smaller at only 404 likely voters. The maximum margin of error was 4.9 percent.

This Harper Polling poll was completed between July 7 and July 9 with 500 likely voters. The margin of error was 4.38 percent. While Clinton did have a lead at this point, it was much slimmer. 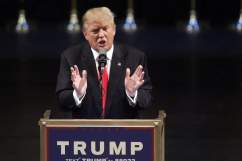