A 13-year-old boy committed suicide after the relentless bullying he received at his Brooklyn Catholic school. According to a shocking New York Daily News story, Daniel Fitzpatrick, of West Brighton, Staten Island, was found dead by his older sister on the evening of August 11. The newspaper adds that he left a note detailing the horrific bullying that ruined his life. His mother told the Daily News, “My son shouldn’t have to die to be heard. There’s something wrong with the adults in authority positions when kids can’t go to them for help.”

1. In His Suicide Note, Fitzpatrick Said the Teachers at His School ‘Did Nothing’ About the Bullying

The Daily News reports that Fitzpatrick wrote his suicide note in July. The expose details the bullying that besieged Fitzpatrick over his “weight, grades, and innocent heart.”

His family told the newspaper that after his complaints fell on deaf ears, Fitzpatrick hanged himself.

A family friend named Scott McGrath posted excerpts of the suicide note on Facebook which read in part, “I gave up. The teachers . . . they didn’t do anything.”

The Daily News reports that Fitzpatrick was found by his sister, Kristen, 17, with a belt around his neck. His mother said that her son was due to start at Brooklyn’s Xaverian High School. She added that the Holy Angel Catholic Academy had asked that Fitzpatrick repeat the seventh grade at a different school. His dad, Daniel Fitzpatrick senior, told the Daily News, “His grades went from passing to the low 40s and 60s. His confidence was completely shattered.”

In a video uploaded to Facebook after his son’s story spread, Daniel Fitzpatrick Senior spoke of a visit he and his wife made to the school’s principal’s office. He says they were told, “He’ll be fine.”

The suicide letter details five boys in particular who were bullies. The letter read, “They did it constantly. I ended up fighting (one boy) and got a fractured pinkie.”

In the Daily News feature, Fitzpatrick’s sister, Kristen, a veteran of Holy Angels, backed her brother’s allegations. She said, “If one person didn’t like you, no one liked you. Danny was always left out. He used to come up to me and ask me to get kids to play with him. The other kids would say they thought he was weird.”

Fitzpatrick’s parents told the Daily News that after one complaint, the school had social services come to their home to investigate. Both parents took and passed drug tests as a result. 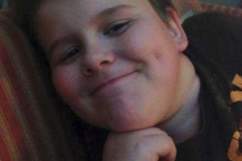 2. A Go Fund Me Page to Help His Family Pay for His Funeral Is Also Being Used to ‘Shine a Bright Light on the Bullying That Killed Him’

The Go Fund Me page that has been set up to help Fitzpatrick’s family pay for his funeral is also being used to “shine a bright light on the bullying that killed him.” At the time of writing the page has raised over $25,000. The original goal was $10,000.

There will be visitation at Harmon Funeral Home at 571 Forest Avenue in Staten Island at various hours between August 15 and 16. You can find the exact times here.

One entry in the online guestbook at the funeral home’s website reads, “We are so sorry for your loss Danny was a very sweet boy, there are no words I can say to ease your pain. We remember the day Danny was born and we will always remember Danny with a smile on his face. Our prayers for you and your family. Heaven gained an Angel.”

3. In 2014, His Mother Said She Sent Her Kids to School in Brooklyn Because They’d Get Bullied in Staten Island

In a Facebook group titled “You’re Probably From Bay Ridge If,” Maureen Mahoney-Fitzpatrick wrote in January 2014 that although she’s a native of the Brooklyn neighborhood, she was forced to move to Staten Island. Maureen gives property prices as the reason. She adds that she was compelled to send her kids to school in Brooklyn because, “My kids go to Brooklyn, because in Staten Island if you’re not from pre-k and up you’re out. You get bullied, so my kids attend schools in Bay Ridge Again.”

According to his Facebook page, Fitzpatrick’s father works as a mechanic at Con Edison. He’s a Brooklyn-native who attended William Grady High School in the Brighton Beach neighborhood.

4. The Fitzpatricks Were Taken to Court in 2016 by Their Children’s Grandparents Who Were Seeking Visitation Rights

Daniel Fitzpatrick pictured with one of his older sisters, Shannon. (Facebook)

Online court records show that in February 2016, that Joseph Fitzpatrick took Daniel senior and Maureen to court seeking visitation of his grandchildren. The visitation was granted by the Supreme Court of the State of New York despite the appeals of the parents.

The Holy Angels Catholic Academy in Bay Ridge is located on 74th street. The school’s slogan, according to their website is:

Where inquisitive minds grow and faith is nurtured.

On their website the school advertises a “strong Catholic identity” that includes, daily prayers and mass attendance.

The school review website Great Schools gives Holy Angels four out five stars. There are less than 200 students enrolled in the school, according to Private School Review. It is a member of the National Catholic Educational Association.

The Staten Island Advance reports that the Brooklyn Diocese has not confirmed the Fitzpatrick’s complaints of bullying.

The school’s principal, Rosemary McGoldrick, did not comment on the Daily News’ feature. Fitzpatrick wrote in his letter that one teacher did try to help, “I told all the teachers. Nothing except one Ms. D’Alora. She was the nicest teacher ever she understood.” Alexis d’Alora was his homeroom teacher. D’Alora gave a brief comment to a Daily News reporter saying, “Please. Please. This is hard.”